How long to cook tinder fungi? 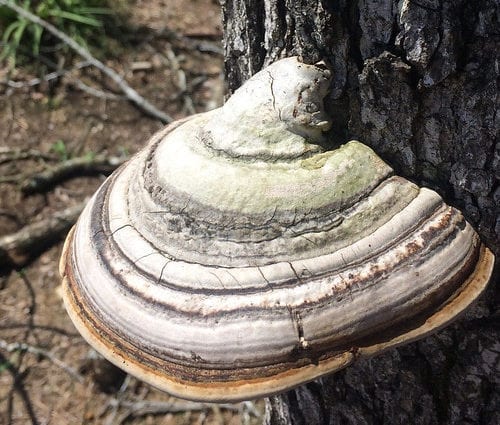 How long to cook tinder fungi?

Cook polypores for half an hour in salted water.

How to cook tinder fungus

1. Collected polypores must be soaked immediately, as they quickly begin to harden.

2. The period of soaking the mushroom – 6 hours; the water should be changed hourly.

3. At the end of soaking, peel off the upper dense flakes.

4. Remove the stem of the mushroom (it is too dense) and the tough pulp directly at the stem.

5. Put a pot with tinder fungus on medium heat, add some salt to the water.

6. Cook the tinder fungus for 30 minutes.

How to make tinder fungus soup

Dill and parsley – 5 sprigs each

How to make tinder fungus soup

4. Add carrots and potatoes to the broth obtained after boiling the mushrooms.

7. Salt the soup to taste, add bay leaves and peppercorns.

8. At the end of cooking, add a spoonful of butter to improve the taste.

When serving, sprinkle with chopped herbs.

– Scaly polypores are usually referred to as categories conditionally edible mushrooms, because old mushrooms are so tough that it is difficult to eat them, to put it mildly. Tinder fungus grows on trees (poplars, acacia, maples). The tinder fungus growing on maple is especially tasty. When collecting tinder fungus, you need to pay attention to the fact that they are not too hard.

– Tinder, or “devil’s hoof”, as called it is popularly located on a tree, looking like semicircular shelves. There are trees covered with such “shelves” from the root to almost to the very top. The color of the tinder fungus is the most diverse: yellow, black, brown, silver-gray. Under favorable conditions, mushrooms can reach one meter in diameter, and the weight of some giants reaches twenty kilograms.

– Polypores in nature – about 300 species… The edible varieties of tinder fungus include: umbellate, scaly, sulfur-yellow, common liverwort. Correctly prepared tinder fungi have very good taste and unconditional benefits. But dishes made from sulfur-yellow tinder fungus are not useful for everyone: in 10% of people, they cause vomiting and diarrhea.

– Polypores, mostly grow on dead trees (although there are fungi that parasitize living plants). In some cases, parasitizing on a living tree, fungi continue to live even after the death of the plant. Polypores settle on old trees that have outlived their resource, as well as on plants weakened by felling or fires.

– One of mythsconcerning tinder fungi lies in the fact that these fungi, parasitizing on trees, ultimately kill them. This statement cannot be called true. The only exception to this rule is the root sponge, which literally eats conifers. In fact, the tinder fungus is a real orderly. By hitting weakened trees, slowly but surely doing their job of decomposing their wood, tinder fungi contribute to the health of the forest, clear a place for young healthy plants.

– It is known that tinder is the basis for making fire (tinder and flint were used long before the appearance of matches). The body of the fungus is covered with a hard crust. This crust was crushed and used as a flammable base (tinder). Hence and name mushroom.