Dishes in the microwave 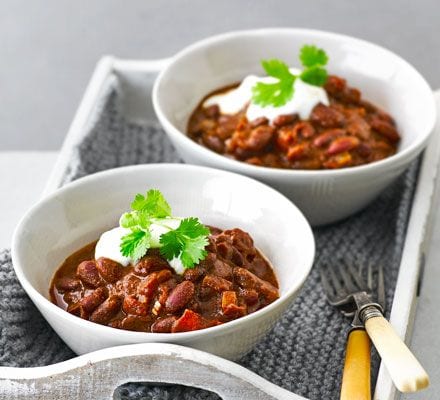 Since ancient times, people have cooked food on fire. At first it was just a fire, then all kinds of stoves made of stone, clay and metal, which were fired with coal and wood. Time passed, and gas ovens appeared, with the help of which the cooking process was greatly simplified.

But the pace of life in the modern world is also accelerating, and at the same time, new devices are being developed to facilitate the cooking process and improve the taste of the prepared dishes. The microwave oven has become such a device, which defrosts, quickly reheats food, and is also capable of preparing healthy and tasty dishes in a short time.

The “microwave” was invented by the American scientist and researcher Spencer by accident. Standing in the laboratory near the magnetron, the scientist noticed that his lollipops in his pocket began to melt. So in 1946, a patent was received for the invention of a microwave oven, and in 1967, the mass production of microwave ovens for home use began.

Using this method, you can boil beets in 12-15 minutes, really cook beef in 10-12 minutes, our fast oven will cook an open apple pie in 9-12 minutes, and bake potatoes here in 7-9 minutes, for cooking pancakes the stove will take about 6 minutes!

Vegetables are especially suitable for microwave cooking, due to the shortening of their cooking time many times over, and the preservation of all the nutrients, taste and aroma in the finished dish.

Even schoolchildren can use the microwave to quickly warm up food and prepare hot sandwiches for themselves, young mothers to warm up baby food, as well as very busy people who count every minute. A microwave oven is also suitable for retirees who do not burden themselves with culinary chores.

A useful function of the microwave oven is the presence of a timer. The hostess can be calm, because any dish, thus, will be ready just in time.

Utensils and accessories for microwave ovens

Special utensils are available for microwave ovens. It is the most convenient to use it. Rounded dishes are much better than rectangular ones, as in the latter, dishes burn in the corners.

For cooking, special foil, lids, waxed paper for wrapping and special films are used, which give the finished dishes a special juiciness, and also protect them from drying out and overheating during cooking.

Do not use metal or wooden utensils in microwave ovens. Plastic is also not safe for everyone.

You cannot cook condensed milk in a jar and warm up baby food with lids, boil eggs in shells and cook large bones with a little meat on them, as this can ruin the oven.

Myths and truths about microwave ovens

Today in our country there is a very ambiguous attitude of people towards microwave ovens. Some people think that these ovens are harmful due to the presence of electromagnetic radiation in them. Scientists claim that a high-quality oven does not transmit radiation, and when you open the door, the entire cooking process associated with radiation stops instantly. It is easy to check the quality of the goods. One has only to put a mobile phone in the oven disconnected from the network and call this number. If the subscriber is out of the access zone, then everything is in order – the oven does not transmit electromagnetic waves!

The beneficial properties of microwaved food

Microwaved products are cooked in their own juice without the addition of oil, which meets all the rules of a healthy diet. Spices also need to be added in a minimum amount, thanks to a special cooking technique that perfectly preserves the natural aroma and taste and color of the finished dish. The cooking time of dishes that do not have time to lose their useful substances and lose their shape in such a short cooking period is also pleasing.

It is believed that it is not advisable to cook meat with tendons and connective tissue in microwave ovens. Because the substance produced during the cooking process is very similar to glue, which has a detrimental effect on the kidneys.

Some supporters of the natural way of life believe that food prepared using electromagnetic radiation is harmful to the body. But these claims have not yet been scientifically substantiated. It is known that such ovens do not emit radiation.