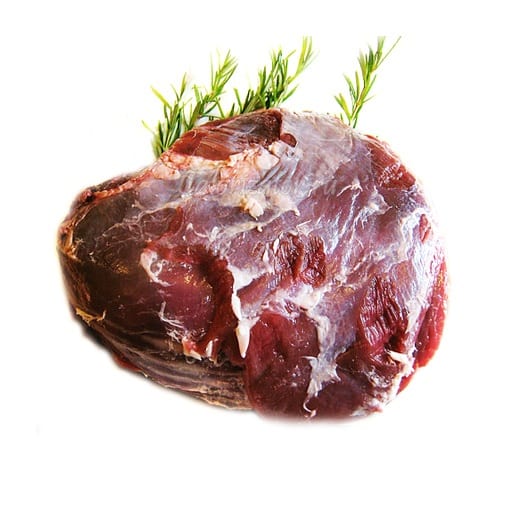 Venison – the traditional meat of the peoples of the north – for the inhabitants of most Russian regions is an exotic, an interesting delicacy. However, it should be considered not only as unusual, but also as a very useful product.

The benefits of deer meat are expressed in its beneficial effect on many body systems, from the cardiovascular to the immune. It contains a complex of vitamins and microelements, it is low in fat, and it is absorbed by humans better than many other types of meat. Let’s take a closer look at how exactly venison affects our body.

Deer meat has a number of advantages that distinguish it favorably from pork, beef, chicken, etc. For example, compared to these types of meat, venison is much better absorbed. For athletes and people who lead a healthy lifestyle, a low fat content will be valuable, as well as the fact that there are no carbohydrates, but a lot of protein.

Deer are considered one of the oldest mammals on Earth. Herbivores, found on almost all continents, were the object of hunting for even primitive people. Today, the artiodactyl family, which includes deer, has about 40 species, and animals are not only hunted, they are actively bred in the European North.

For the local population, reindeer husbandry is the basis of the traditional economy, and unpretentious and very hardy animals become not only a source of meat for the northern peoples. Warm, durable hides, milk and bones find use here. Bowstrings and threads were made from reindeer veins. And fresh blood still saves from scurvy and anemia, inevitable in severe conditions.

The northern species of deer is the only one that humans have managed to domesticate. According to scientists, the birth of reindeer husbandry took place in the 18th century. It was at this time that hunters accustomed to roaming the snowy wastelands began to catch strong wild deer and create their own herds. The larger such a herd was, the more prosperous the family was.

Little has changed over the centuries. The indigenous peoples of the North do not see a future without deer, believing that this animal is a universal principle and a symbol of life. Today, large numbers of reindeer are bred in the polar regions of Russia, Canada, the USA, Sweden, Finland and Norway.

The adherence of northern peoples to traditional reindeer husbandry is not caused by a lack of food. Despite the sufficient choice in stores, the basis of the diet of the Nenets, Chukchi and other inhabitants of the northern regions is venison and by-products.

To conserve strength in the record frosts, a stew of blood, fat and deer meat is prepared here. When the animal is slaughtered, raw venison is eaten while still warm. The cooled meat is frozen for future use. Venison dishes are well known not only to the inhabitants of the Far North. In recent decades, this type of meat has become in demand in many European countries, in the USA, Canada, as well as in Japan and Korea.

The fact that this meat is rich in various useful and necessary substances for the body especially affects health. First of all, let’s highlight the mark and trace elements, such as sodium, calcium, potassium, iron, selenium, zinc, etc.

Venison also contains vitamins of group B, PP, etc. Let us note a number of essential amino acids, linoleic acid, which is needed for proper cell metabolism, digestion and a number of other processes.

When choosing venison, it should be borne in mind that the best gastronomic qualities are distinguished by the meat of reindeer under one year old, caught in late autumn. During this period, the animal’s body contains the most nutrients.

Fresh venison should be refrigerated and consumed within a few days. If it is necessary to store it for a longer time (up to 6-8 months), it can be frozen, ensuring that a certain temperature regime is observed – no higher than minus 18 degrees Celsius.

Reindeer meat is one of the few types of meat that can be eaten raw without any health risks. This feature is due to its chemical composition, which contains substances that suppress the vital activity of most microorganisms.

The benefits of venison

Venison has a positive effect on a variety of body systems. Here are some of the most striking examples:

Deer meat contributes to the proper functioning of the cardiovascular system. Thanks to the gland, it prevents the development of anemia and can help in its treatment. In addition, it improves blood circulation and strengthens the walls of blood vessels. The consumption of venison becomes the prevention of heart attacks and strokes.

Due to the high content of protein, a complex of vitamins and minerals, it increases endurance, enhances immunity, fights vitamin deficiency, helps the body recover from illnesses and surgeries.
The low fat and “bad” cholesterol content means that such meat will be shown in atherosclerosis.

A diet aimed at losing weight is also not an obstacle to eating venison, because it is low in fat and has no carbohydrates, and therefore, such meat will not harm those who are losing weight.
It is good for both men and women. The first will appreciate that venison has a positive effect on sexual function.

In turn, it is important for expectant and young mothers that this meat contributes to the correct formation of the fetus, maintains the health of the mother and child during pregnancy, and also helps in the early recovery after childbirth. In addition, venison is recommended for lactating women.

This meat is rich in antioxidants, which means it gets rid of free radicals that can cause malignant tumors. Also, thanks to antioxidants, venison rejuvenates the body, including a positive effect on the condition of the skin.

In conclusion, we note that the meat of young animals is considered the best: it is the softest and most tender, it contains more nutrients. We select the highest quality venison for our store so that customers can appreciate the unique taste of the finished product and get the maximum benefit.

Venison is a product that is not only very tasty, but also healthy. Could this product be harmful? It should be noted that you do not need to eat venison meat if you have an individual intolerance to this product or allergic reactions. In addition, it is recommended to use it with vegetables – this is important for enriching food with intestinal fiber.

Olenin cannot be called soft. Even meat from autumn slaughter can contain up to 4% fat, which affects the consistency of the future dish. Dark red, fine-fibred meat after heat treatment becomes dense and brown. The aroma and taste of venison is reminiscent of beef, while the meat does not tolerate long frying, becoming dry and hard.

Therefore, it is better not to bake the venison in an open container, marinate the meat before cooking, but serve it “with blood”.

If venison is baked or fried, be sure to sprinkle it with broth, sauce or butter. So the tenderloin will be much juicier, and the benefits of the dietary product will not be lost. Venison makes an excellent roast with wild mushrooms, onions, carrots, potatoes and other vegetables. You can also achieve tenderness of meat with the help of a marinade based on juice from forest berries, olive oil, juniper and herbs.

Minced venison is a great filling for real Siberian dumplings, cutlets or meatballs. To soften the minced meat, add chopped bacon, onions and spices. Original dishes are made from minced meat, which, in addition to venison, includes other types of meat, such as pork or chicken. Chopped venison products are served with boiled potatoes and stewed vegetables.

Meatballs will seem even more flavorful with mushroom or garlic sauce. And when cooking dumplings, a little vinegar and allspice must be added.

But we must not forget that frozen venison is a ready-made dish from the cuisine of the peoples of the North. After cutting, the boneless tenderloin is frozen, and then planed, cut into thin slices. This gave the name to the dish – stroganina.

Sauces or dumplings, as they say in Siberia, help to enrich the taste of such meat. The easiest way to feel like a native of the North is to dip a frozen slice of venison in salt and pepper.

Or you can pickle venison in vinegar, generously seasoning with pepper, chopped garlic and onions. After a day, the meat that has stood in the cold can be served on the table along with traditional Siberian pickles, soaked berries and cold vodka.