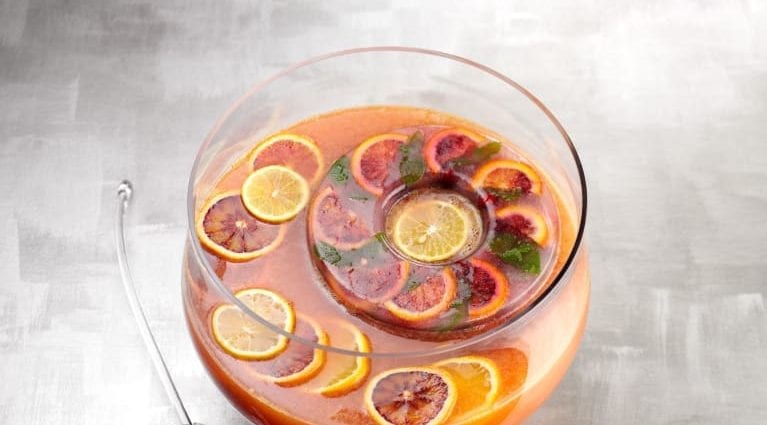 Punch (from the Hindi punch – five) is a group of hot, burning, or chilled alcoholic cocktails containing fresh or canned fruit and juice. Between alcoholic beverages in the preparation of punch are rum, wine, Grappa, brandy, arrack, claret, alcohol, and vodka. Traditionally, the drink is prepared in large containers and served at receptions and parties. The strength of the drink varies from 15 to about 20. and sugar content of 30 to 40%. The most famous punch recipes are “Caribbean rum,” “Barbados,” and “Plantation.”

The first punch began to prepare in India. It consisted of tea, rum, lemon juice, sugar, and water. They cooked it hot. The sailors of the tea company of Britain in the early 17th century appreciated the drink. They brought the recipe of punch in England, where it spread throughout Europe. However, they cooked it based on wine and brandy because rum was quite expensive and rare drink. By the end of the 17th century, rum became more affordable, and the drink returned to its traditional recipe. 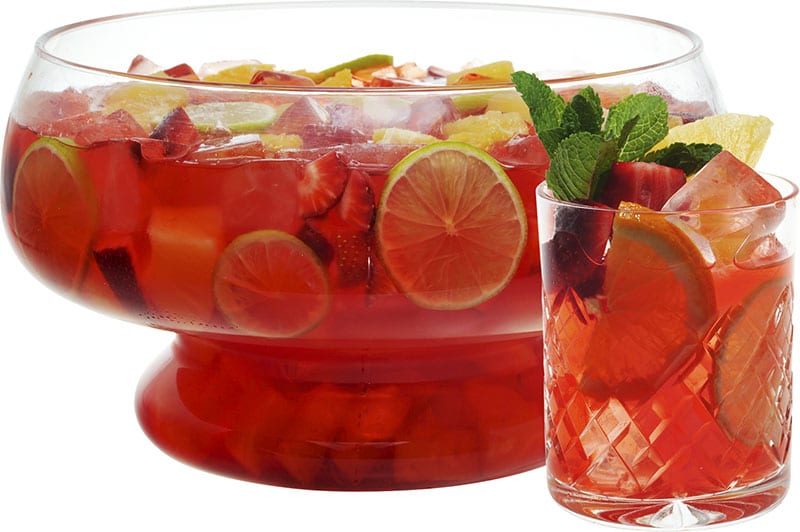 Currently, the number of recipes became large. In some recipes, punch sugar is replaced with honey, and they add different spices and herbs. As a result, the word “punch” has acquired a household form, combining similar drinks.

For making punch at home, you should remember a few main secrets:

A classic recipe for punch is a drink based on rum (1 bottle), red wine (2 bottles), lemons and oranges (2 PCs.), sugar (200 g), spices (cinnamon, cloves, etc.), and water (1 l). The water must boil, add sugar, and cool to 50°C. one fruit slice and, together with spices, add in a heated nearly to boiling red wine. Also, pour the fresh juice of the remaining two fruits. Wine and water pour into the punch bowl. To create an environment at the top of the bowl, you can install a strainer with several sugar cubes, sprinkle them with rum and ignite. The sugar will melt and drip down, burning the whole drink. Pour it into a punch until the fire burns. 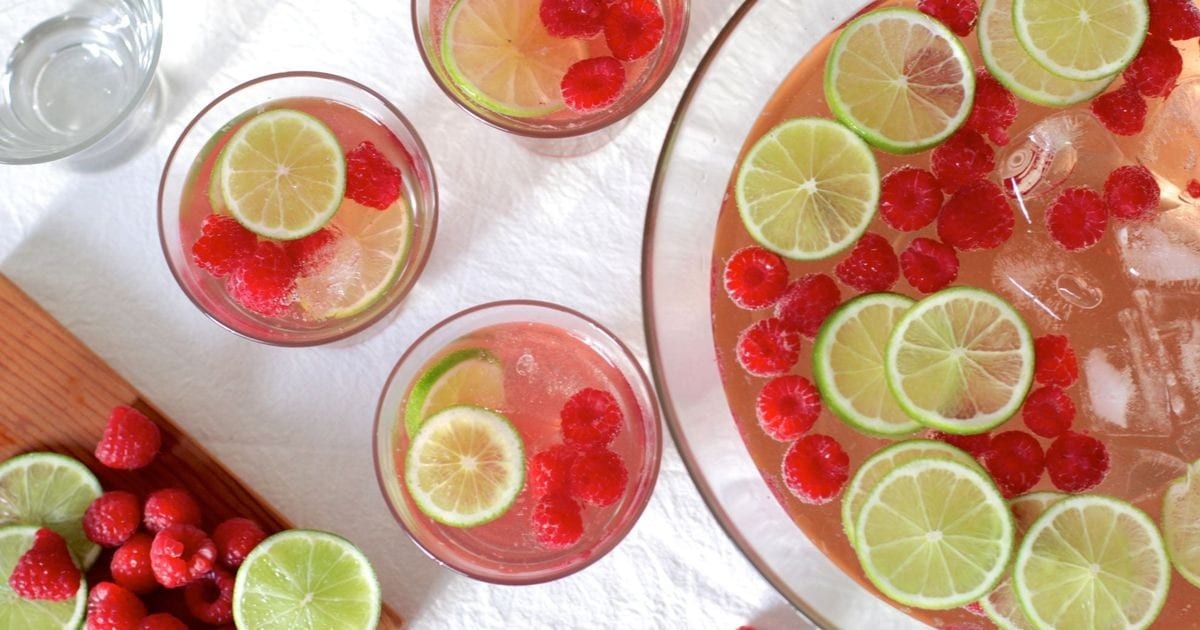 Punches are not made to apply to some dishes, so they are considered a drink for a party with snacks. Pour the punch portion into a special ladle 200-300 ml.

The main advantage of the punch is its ability to warm the body after exposure. It is used in the prevention of symptoms of colds, especially in winter.

Punches containing honey, tone and add strength, but too excited nervous system, this drink will calm. Besides, he will have additional antibacterial and anti-inflammatory properties.

Juices, fruit, and berries, used as a filler for punch, enrich it with vitamins, minerals, and trace elements. 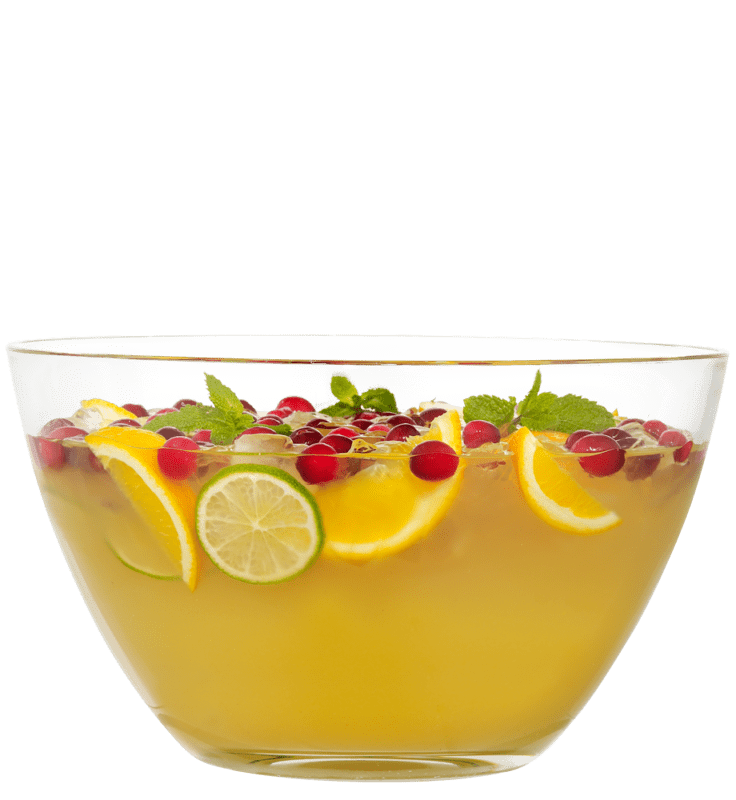 In addition to alcoholic recipes, you can cook chilled non-alcoholic punch based on pomegranate juice. This requires sparkling mineral water to pour into a carafe; there, add fresh juice of 2 ripe pomegranates. The orange divides into two parts: one to squeeze the juice and pour into a decanter, and the second cut into slices and send them to the decanter. You can add the juice of 1 lemon and sugar (2-3 tbsp). This punch is not only refreshing but also very useful.

The harm of the punch and contraindications

Punch, which includes honey and spices, should be careful to use for people prone to allergies.

A connoisseur of punch will definitely say that the right punch consists of 5 ingredients. And he will be right, yes. But only partially. According to another version, a strange mash of brandy, hot water, sugar, lemon juice, and spices (according to another version, instead of spices was originally tea) saved British sailors from scurvy and depression in the East India Company. There was very little brandy, so they had to warm it up and make cocktails not go crazy and get a little drunk (although some sailors claimed that they came up with all this specifically to dilute the brandy). Most people have probably read on Wikipedia that paantsch in Sanskrit means “five.”

Why brandy and not rum? Rum didn’t appear until the 18th century – sailors couldn’t wait 200 years for it.

Wherever British sailors came, they prepared punch from what was at hand. The famous recipe for a drink from the Bermuda island of Barbados consisted of 4 ingredients: 1 part lemon juice, 2 parts sugar, 3 parts rum, 4 parts water. It’s about him, like this: “One of Sour, Two of Sweet, Three of Strong, Four of Weak.”

Punching has not changed since the East India Company. Etiquette service: a large punch bowl, in the best houses – made of porcelain or silver, in the modest ones – at least shiny, a ladle with an elegant handle and many, many cups for all participants the party. Punch bowl, by the way, was perhaps the most popular wedding gift. There is a recommendation not to buy a cup yourself in many books for future homemakers of the 19th century because one of the relatives will definitely give it. Better buy more rum! Even with such a fragile attitude, people should not think people used that punch bowl only for punch. Protestants, for example, baptized their children. But not in cider, as a few centuries ago.

The most popular humor and satire magazine in Britain, which existed from 1841 to 2002, was called Punch. It featured Charles Dickens, who, by the way, masterfully prepared punch at home parties.

In 1930, three Hawaiian boys worked in a garage on new fruit ice cream toppings. The most successful consisted of 7 fruits at a time: apples, pineapples, grapefruits, oranges, apricots, papayas, and guavas (well, why not?). Little sweet tooths did not buy ice cream every day, so they showed ingenuity and diluted the topping with water. Attentive adults have to do the same, but with vodka and liqueur. However, the Hawaiian punch cocktail is not a classic punch, but, so to speak, an adult version of a children’s mix.

The bad ’90s were not only with us but also, for example, at Bubble Yum. Having tried all tastes and marketing strategies, the once legendary brand of chewing gum could not compete with new brands’ tastes. And then they released the Hawaiian punch chewing gum and stayed there for almost ten more years.

It was made everywhere, even in the USSR. Only it was not quite a punch. More precisely, sweet and sour drinks or sweet drinks with 17-19% strength. They included ethyl alcohol, water, fruit juice, and spices. The manufacturers recommended diluting it with tea or carbonated water, but of course, almost no one did. Among the flavors were popular, for example, “Cherry” punch, as well as “Honeysuckle,” “Alice,” “Wine” with port and cognac, “Cognac” with liqueur, and “Assorted (vitaminized)” with rose hips. There was even “Kyiv” with lemon peel and “Polisky” with cranberries and black currants.

The Scandinavian countries also have punch – the Swedes, for example, call it bål. And there are local liqueurs, which the same Swedes for some reason called punch. Who knew that authentic punch was still more like Gogol’s palenka than Swedish liqueur.

John Steinbeck has a viperine punch in the Russian Diary, also known as the Viper punch – “a caustic mixture of vodka and grapefruit juice – a wonderful reminder of the times of the dry law.” Korean punch wachae is generally made from persimmon, ginger, and cinnamon juice. The Germans serve Feuerzangenbowle for Christmas – a drink of red wine and rum (rum is poured over the sugar head and set on fire over a glass of wine).

In Brazil, punch is a mix of white wine and peach juice. There are two types of recipes in Mexico: the traditional rum-based punch and the agua loca (“crazy water”), a popular soft drink for students made from a soft fruit drink, cane sugar, and mezcal or tequila.

In recent years, in the United States, a popular is cider punch – hot cider with spices and honey. The experimenters add calvados or apple liqueur to the drink.

Basic Cocktails - How To Make Punch

5 most suitable countries for yoga retreats and meditations