Every summer, people are waiting for the appearance of watermelons in the markets. The benefits of this product are undeniable, especially when it’s hot outside. However, in some cases, watermelon can be harmful. We will learn how to choose the right watermelon and what we can make from it.

The history of watermelon

Everyone knows that watermelon is the largest berry. However, botanists still do not agree on the exact definition. It is the false berry and the pumpkin because it belongs to the pumpkin family.

South Africa is the birthplace of watermelons. All types of this berry come from one ancestor growing in the Kalahari Desert. The predecessors of watermelons bear a minor resemblance to the modern, familiar red fruits. Initially, watermelon had very little lycopene, a pigment that colors the flesh. The wild fruits were pale pink, and it wasn’t until the 20th century that breeders made red watermelons.

People cultivated watermelons in Ancient Egypt. Scientists have found the seeds in the tombs of the pharaohs, images of watermelons are found on the walls of tombs. There is an Egyptian myth that the watermelon emerged from the seed of the warrior god Set, who pursued Isis.

The Romans also eagerly ate watermelons, salted them, and boiled them in syrups. In the 10th century, this large berry also came to China, dubbed as the “melon of the West.”

Nowadays, people cultivate watermelons worldwide, especially in China, India, Iran, Turkey. A lot of watermelons are growing in warm regions of Ukraine and Russia. In some countries, people are holding watermelon festivals. There are also monuments to this berry: in Russia, Ukraine, and even in Australia and the USA.

Fruits do not only have delicious pulp, but they also serve as an excellent basis for carving – artistic foods carving. And the sound engineers of many films use watermelons to get the sounds of impacts, cracking stones, and others.

The benefits of watermelon

It contains almost 90% of water, which is why it quenches your thirst so well. There are practically no proteins and fats in the pulp, but there are many carbohydrates, which are breaking down quickly and providing energy. This fruit is especially beneficial for physically active people. A little watermelon juice or a whole slice will replenish the water supply and saturate with sugars during training.

The fruit also contains a lot of red pigment lycopene. Lycopene in the body does not convert to vitamin A such as other carotenoids. The pigment exhibits strong antioxidant properties. Numerous studies show that a large amount of lycopene in food reduces the risk of heart and vascular diseases. Some studies even claim that prostate and bowel cancer risk is reduced, but the sample among the subjects is too small to draw clear conclusions.

The vitamins in the pulp of watermelon are in rather low concentrations. There’s quite a lot of vitamins C and A. But it is rich in minerals. It contains a lot of magnesium for muscles. Also, magnesium helps to absorb calcium, without which bones become brittle.

Seeds are having more nutrients than pulp. They contain a lot of folic acids and vitamin PP, as well as phosphorus and magnesium.

There is a misconception that, since watermelon is almost entirely water and low in calories, you can eat it in unlimited quantities. But this is not true. Watermelon pulp contains a lot of simple carbohydrates, which increases the glycemic index. To remove sugar, the body should spend a lot of water, so when overeating watermelon, the kidneys’ load is excessive. The necessary minerals are washed out with so much water, not at all “slags and toxins.”

The use in medicine

Official medicine uses only seeds from watermelon. The oil extract is for kidney diseases. Due to the diuretic effect and increased excretion of uric acid, the sand goes out of kedneys. This remedy is healthy only if directed by a therapist.

The pulp and peels are used in folk medicine in many countries. The main property of the watermelon – the diuretic effect is widely used in treatment. Healers claim that watermelon relieves edema, heart and kidney diseases, hypertension, and constipation. Chinese medicine classifies watermelon as a “cooling” agent that removes all diseases from the body.

Decoction and compresses from watermelon peels and pulp are used to accelerate wound healing on the skin. And the seeds are brewed like tea.

The use of watermelon in cooking

In most countries, it is eaten simply fresh, unchanged. In addition to this, people consume watermelon in the most unexpected ways: fried, pickled, salted, jam from the crusts, and syrup from the juice. Many peoples like to eat watermelon with salty foods with a bite.

A refreshing summer salad will delight you with an unexpected combination of flavors.
All ingredients should be cold; the salad should be served and eaten right away. Besides the taste, the salad is extremely healthy. In this form, the pigment lycopene from watermelon is much better absorbed along with fats since it is fat-soluble.

The drink is perfect for refreshing in summer. If there are few seeds in the fruit, you can cut the watermelon in half, remove the visible seeds and prepare the drink directly in the half of the watermelon. To do this, submerge the blender, beat the pulp, add the rest of the ingredients and pour it into glasses with a ladle.

Squeeze the juice from the orange and lime. Grind the pulp with a blender after removing the seeds. Mix juices and watermelon puree and pour into glasses. To each add ice and additives to taste – fruit syrups, soda water, mint leaves. Experiment with supplements as you wish.

Smoothie with watermelon, yoghurt and mint

Smoothie preparation: place watermelon pieces, mint leaves, and honey in a blender bowl. Mix all ingredients into a puree at the lowest speed. Add yogurt to the mixture, add a little cinnamon powder and stir in the smoothie.

Smoothie with watermelon and kiwi

To make a smoothie you will need:

Smoothie preparation: pitted, peeled watermelon pieces and cut kiwi slices, ice and yogurt should be put in a blender. Mix all ingredients until smooth. Do this with the lowest blender speed on. Pour smoothie into tall glasses, garnish with fresh mint sprigs.

To make a smoothie you will need:

Smoothie preparation: Mix all the ingredients in a blender at the lowest speed until smooth. Pour smoothie into tall glasses and serve immediately.

The use in cosmetology

The main advantage of watermelon is that its extract is an absolutely universal remedy and is perfect for the care of all skin types. This berry perfectly saturates dry skin with moisture and tones. For oily skin prone to acne, watermelon will help get rid of annoying blackheads. The berry is ideal for pigmented and freckled skin for whitening and evening tone. Watermelon extract is also invaluable in lip care foods because it perfectly removes flaking and strengthens delicate skin, preventing coloring pigments from harming it.

In addition to the watermelon extract, this striped berry’s seed oil is often used in cosmetology, which is known for its beneficial effects on all hair types.

This miraculous substance contains linoleic, oleic, stearic, palmitic fatty acids that are extremely useful for hair nutrition. Arginine in the composition promotes better blood supply to the hair follicles, allowing them to receive the maximum amount of nutrients necessary for more intensive growth and active restoration of the damaged structure.

This oil is also rich in copper and zinc. Zinc regulates the work of the sebaceous glands and is excellent for hair-prone care to oily content. Copper is responsible for preserving pigments in the hair, and therefore effectively fights against early graying. Magnesium thickens hair and gives it an amazing volume. The high content of natural antioxidants protects hair from harmful environmental influences. To make your hair healthy and shiny, you need to apply heated oil to your hair from time to time along the entire length and keep it under a plastic cap for about half an hour to enhance the effect. You will have long and tedious flushing of the product, but the result will be worth it.

Perfumers also love watermelon worldwide for its striking contrast of sweet and fresh notes with transparent unobtrusive sourness. Its amazing aromatic accords are good to use both women’s and men’s fragrances. The aroma of watermelon is characterized by delightful coolness with a light caramel flavor and a pronounced watery nuance. Sweetness is absolutely not inherent in the sweet shade of watermelon; it gives perfumes an energetic and cheerful tone. Most often, notes of this berry can be found in summer aromas. The inspiring and optimistic sound of watermelon invigorates and cheers up, so feel free to use it!

The watermelon season starts in August. Before this time, the ripening of the fruit is accelerated by fertilizers, so such a purchase can be dangerous.

On melons, where watermelons are grown, people use nitrogen fertilizers almost universally. The plant processes them and removes them, and the excess remains in the form of nitrates. A small dose is not dangerous, but in immature fruits, nitrates may not have time to excrete. Therefore, there is no need to eat unripe watermelons.

Often, watermelon poisoning is not associated with nitrates. Many people do not wash the fruit too thoroughly, and when cut, bacteria enter the pulp and cause poisoning. It grows right on the ground, so you need to rinse them thoroughly.

The rind of the watermelon should be shiny and deep green. If there is a stain on one of the sides – in this place, the watermelon was in contact with the ground. It is good if the spot is yellow or brownish rather than white.

The tail of a ripe watermelon is dry, and there may be dry threadlike stripes on the surface of the rind. When struck, the sound should be rather dull.

It is good to store uncut fruit at room temperature for a couple of weeks. In a cool, dark place, suspended from the ceiling, the fruit remains for several months. However, it loses some of the nutrients.

After opening the fruit, the pulp should be covered with a bag or foil against weathering. In this form, the watermelon will stay in the refrigerator for up to four days.

Watermelons can also be strange, check out this video to find out: 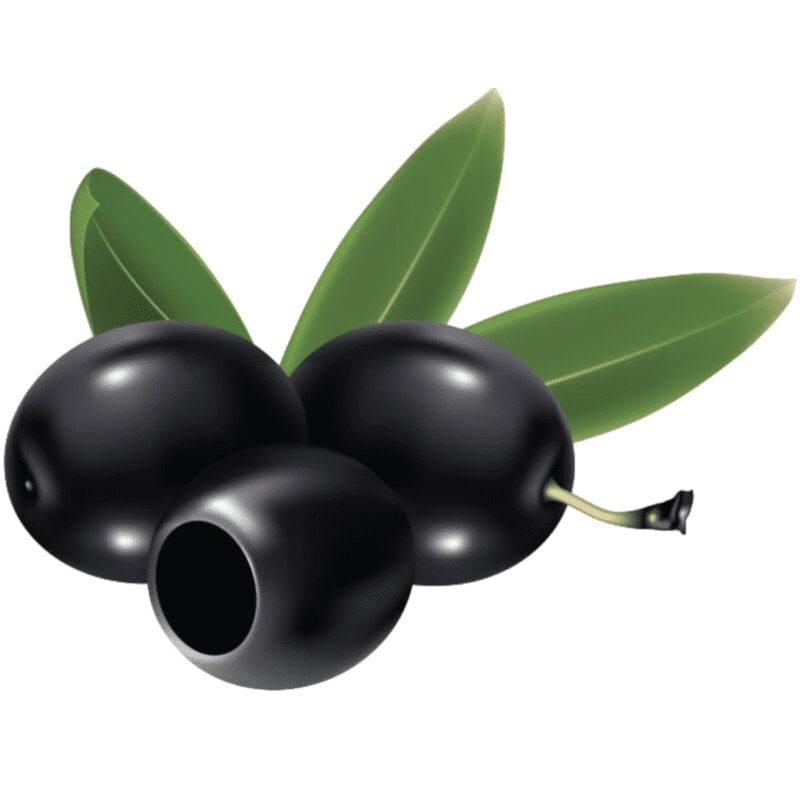 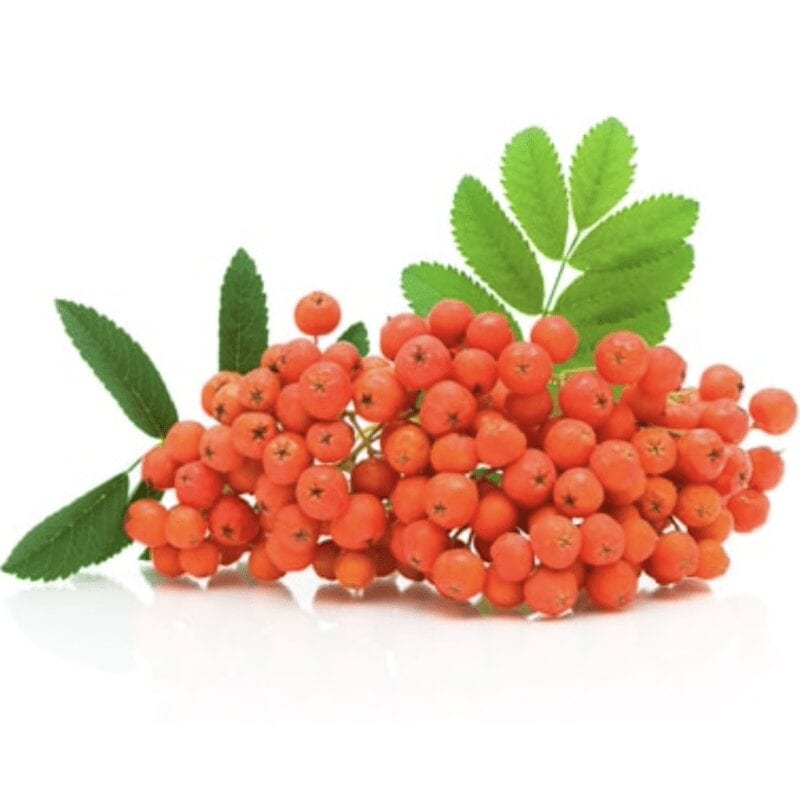