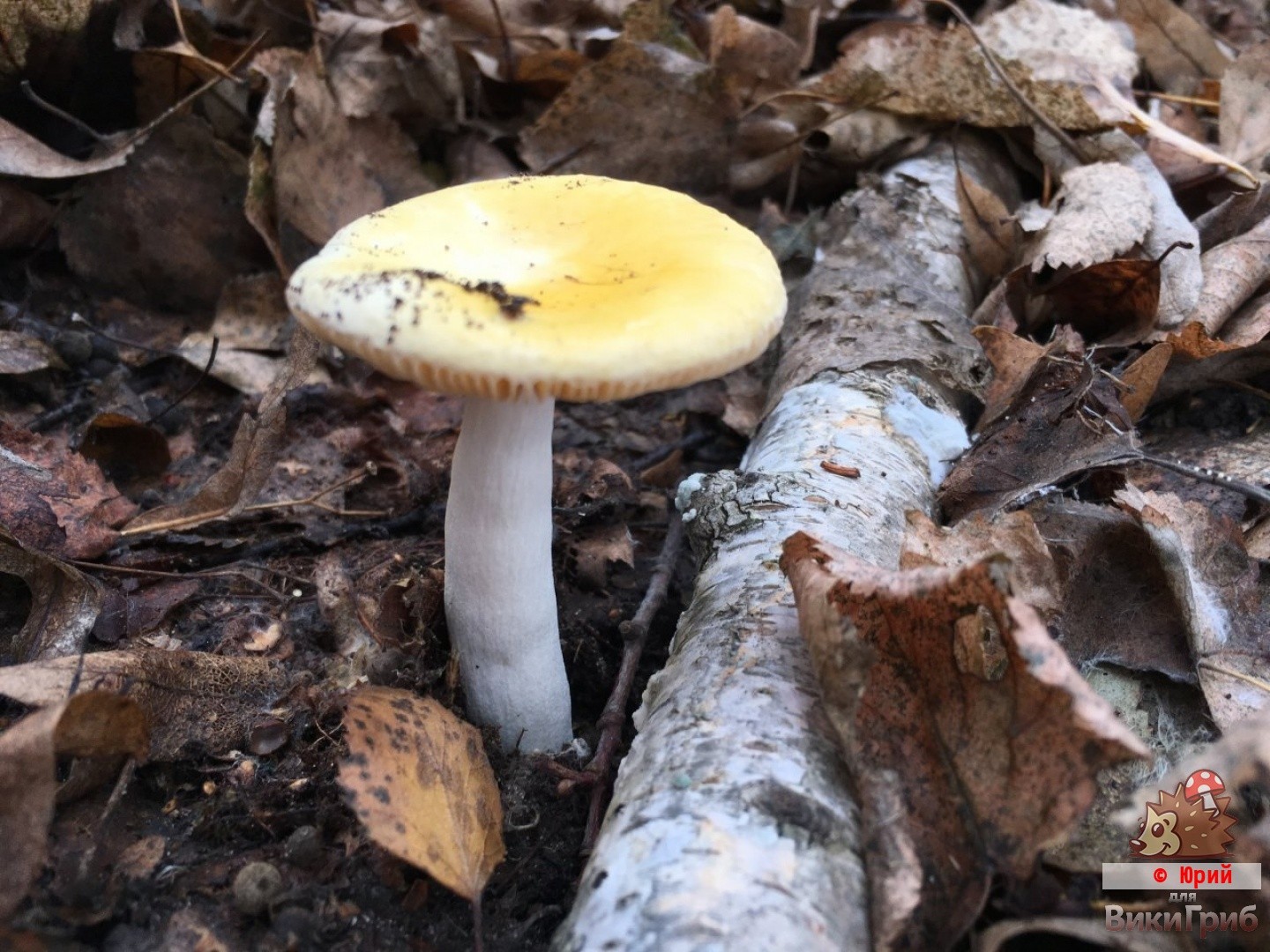 The name of the species comes from the Latin adjective “risigallinus” – the smell of chicken with rice.

head: 2-5 cm, finely fleshy, first convex, then flat, finally distinctly depressed. The edge of the cap is smooth or slightly ribbed in adult mushrooms. The skin of the cap is easily removed almost completely. The cap is finely velvety to the touch, the skin is opaque in dry weather, glossy and bright in wet weather. 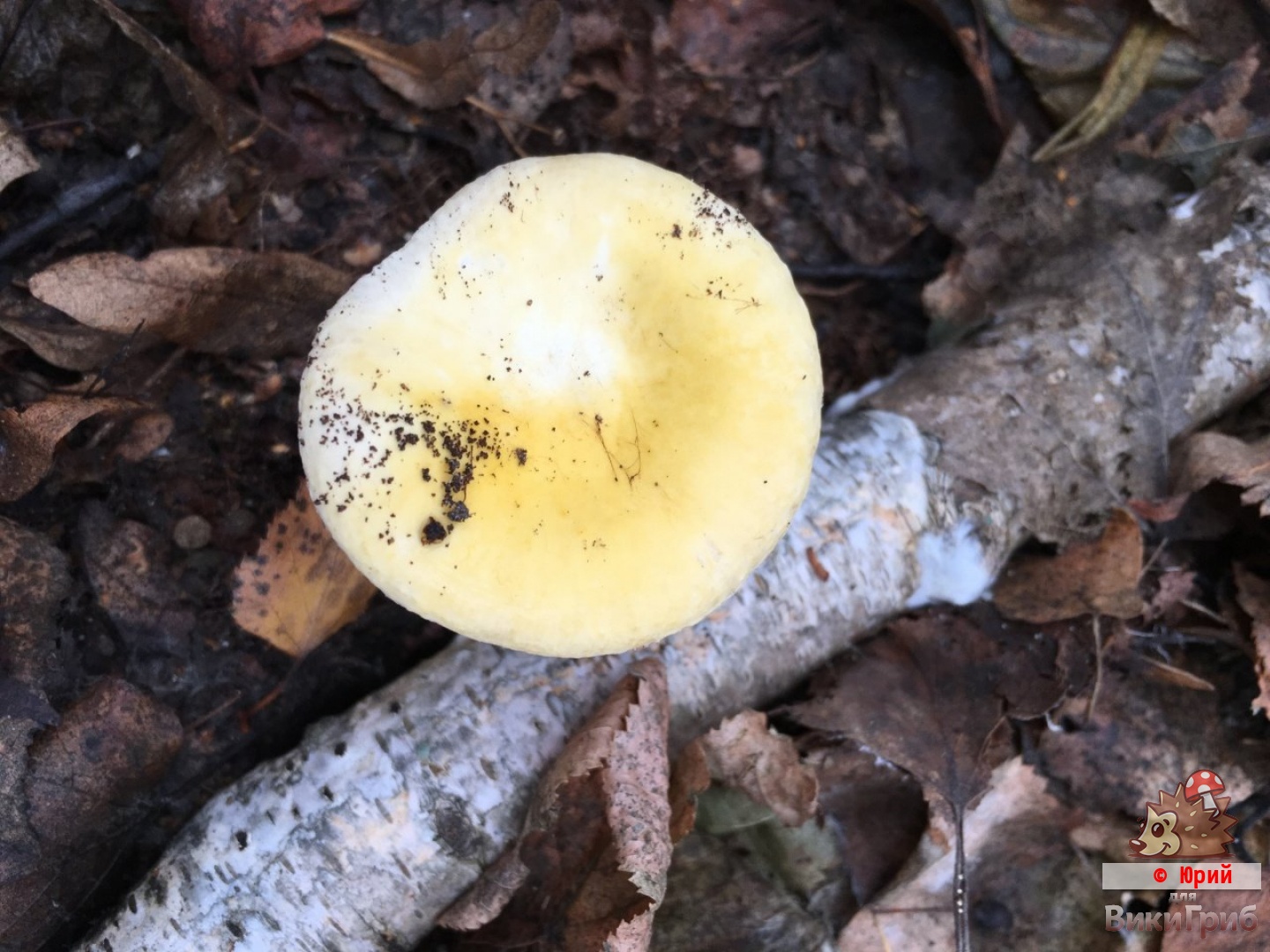 The color of the cap can be quite variable: from red-pink to cherry red, with yellow tints, golden yellow with a darker orange central region, it can be completely yellow

plates: adhering to the stem, almost without plates, with veins at the point of attachment to the cap. Thin, rather rare, fragile, first white, then golden yellow, evenly colored.

Leg: 3–4 x 0,6–1 cm, cylindrical, sometimes slightly fusiform, thin, widened under the plates and slightly tapering at the base. Fragile, first solid, then hollow, finely corrugated. The color of the stem is white, yellowish spots appear when ripe, which can turn brown when touched. 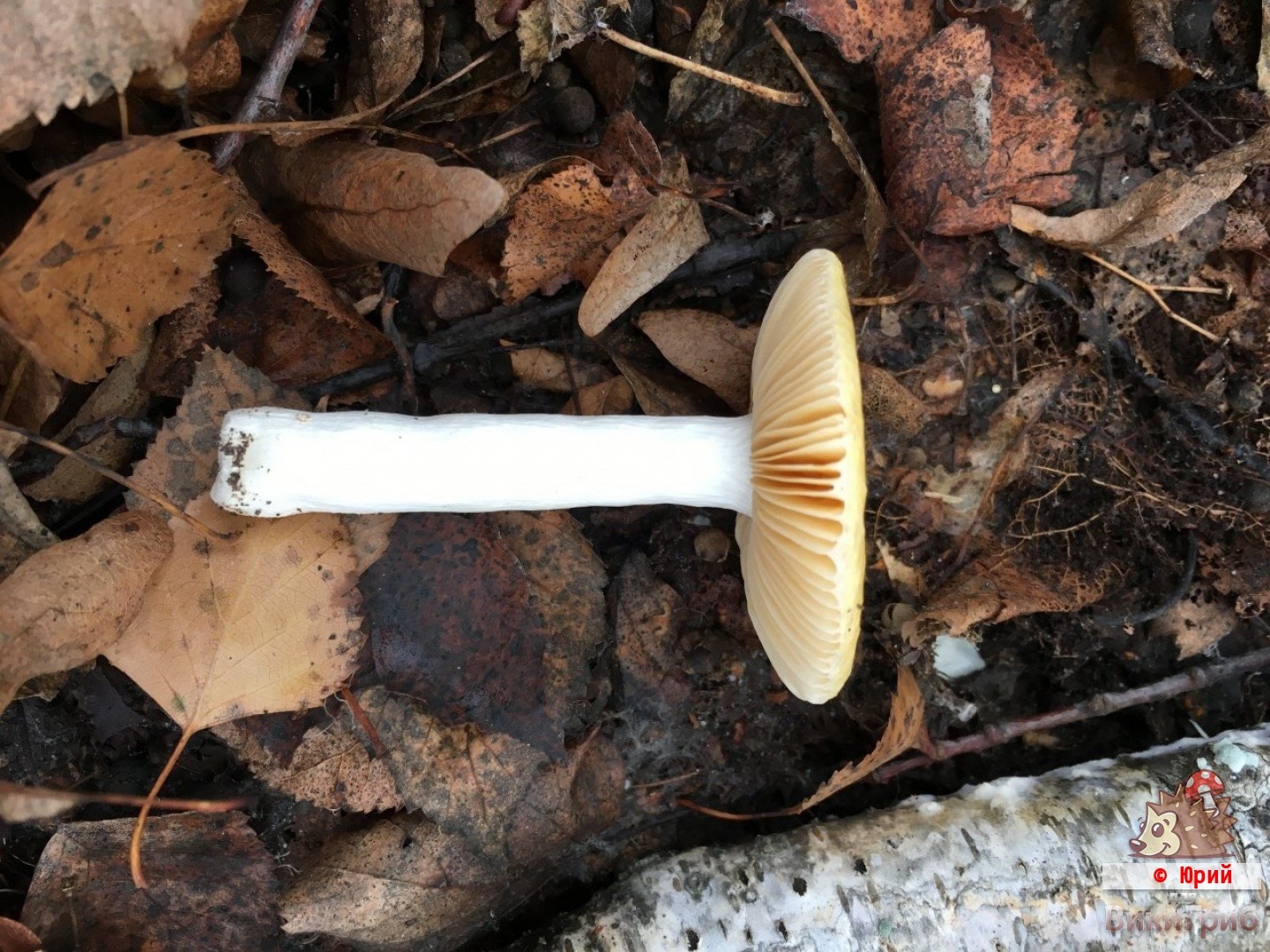 Pulp: thin in the cap and stem, wadded, fragile, white in the central part of the stem. 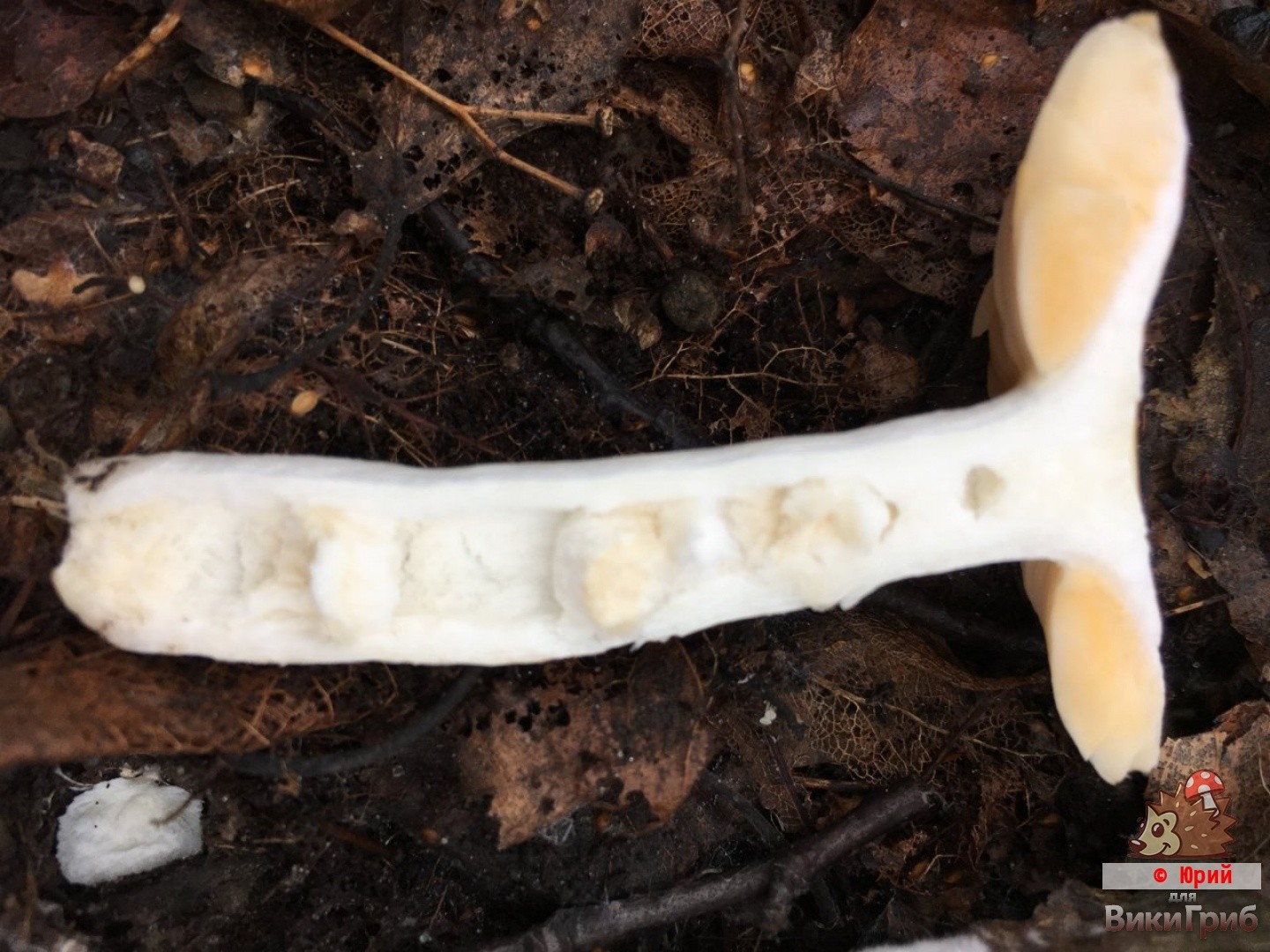 Smell and taste: flesh with a sweetish, mild taste, without much odor. When the mushroom is fully ripe, it emits a pronounced smell of withered rose, especially the plate.

In a shady moist mossy forest, under deciduous trees. It grows everywhere from early summer to autumn, quite often.

Russula golden yellow is considered edible, but “of little value”: the flesh is fragile, the fruiting bodies are small, there is no mushroom taste. Pre-boiling is recommended.

Russula risigallina f. luteorosella (Britz.) The cap is usually two-tone, pink on the outside and yellow in the middle. Dying fruiting bodies usually have a very strong smell.

Russula risigallina f. roseipes (J Schaef.) The stem is more or less pink. The cap may be more colorful or marbled, but not two-tone (not to be confused with Russula roseipes, which is much stronger and anatomically different in other ways).

Russula risigallina f. Montana (Sing.) Hat with a greenish or olive tinge. The form is probably synonymous with Russula postiana.

Veganism: Save the Earth’s Resources

Healing herbs in our diet

Young beyond her years: 75-year-old Florida woman on the connection between veganism and aging

Conscious parenthood | Xenia’s personal experience: childbirth in the maternity hospital and at home