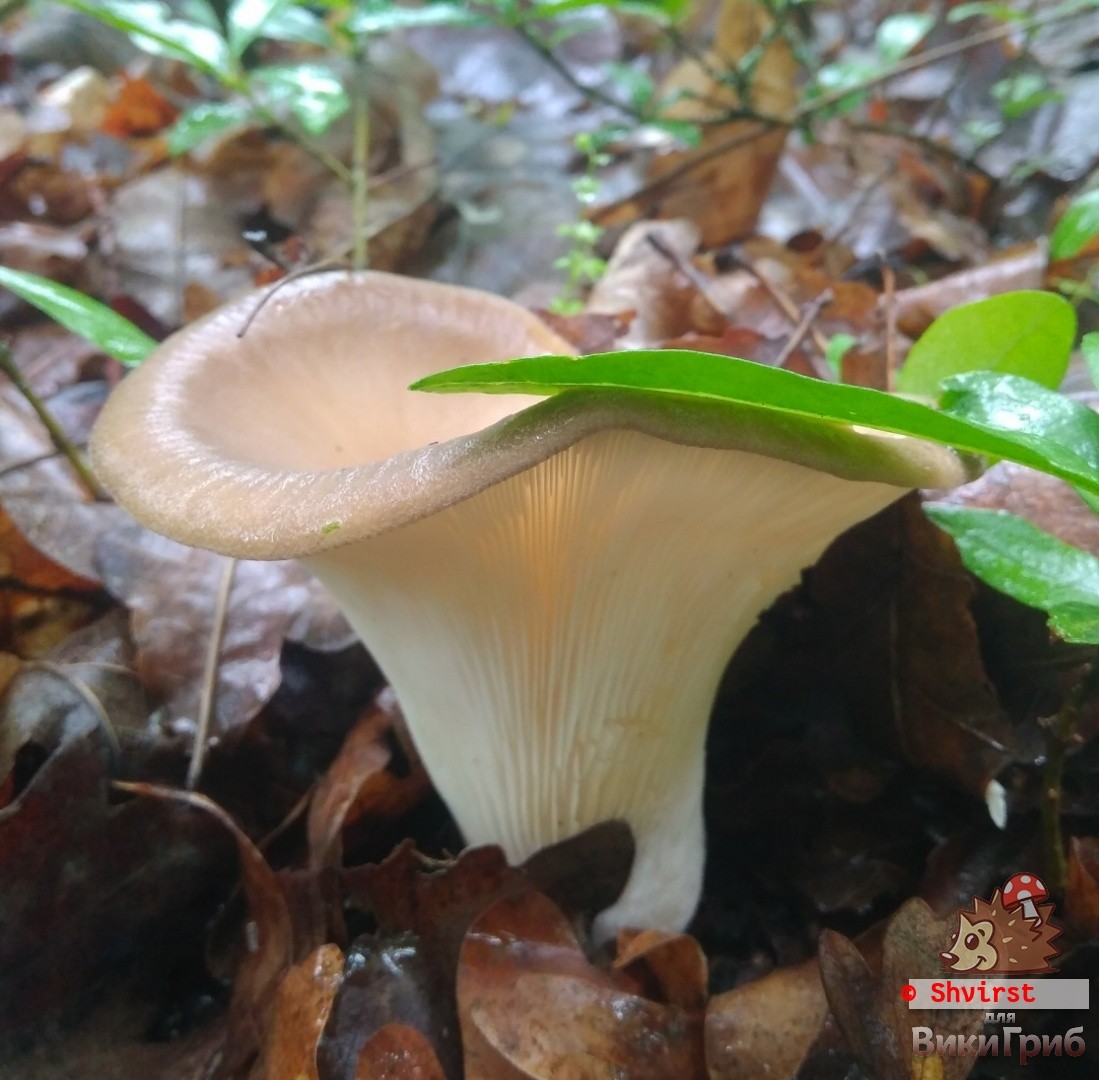 Hohenbuheliya petaloid differs in a rather distinct, memorable form, which is reflected in the name. Its “petal” shape often makes the mushroom look like a shoe horn with the plates out or a funnel rolled up. Other distinguishing features include fairly frequent whitish plates, a white imprint of spore powder, a mealy smell and taste, and, under the microscope, magnificent “metuloids” (thick-walled pleurocystidia). This Goenbuelia often appears in groups in urban, suburban, or even domestic settings, and is often associated with woody debris (although it usually does not grow directly from dead wood) or cultivated soil.

This species is clearly out of luck.

Not only does it have a bunch of synonyms, it’s not enough that there are two spellings: Hohenbuehelia petaloides and Hohenbuehelia “petalodes” (without i). Added to this was the problem of translating the spelling and pronunciation of the letters “H” and “U” into languages ​​using the Cyrillic alphabet. “H” at different times was transcribed as “G” or as “X”, and in some cases it was completely omitted, “U” in the open syllable was transcribed as “U” or as “Yu”.

As a result, we have the spellings of the long-suffering Hohenbuehelia that have accumulated over time:

head: 3–9 cm in diameter, usually shoehorn or funnel-shaped, but sometimes oddly shaped, may be fan-shaped and lobed. 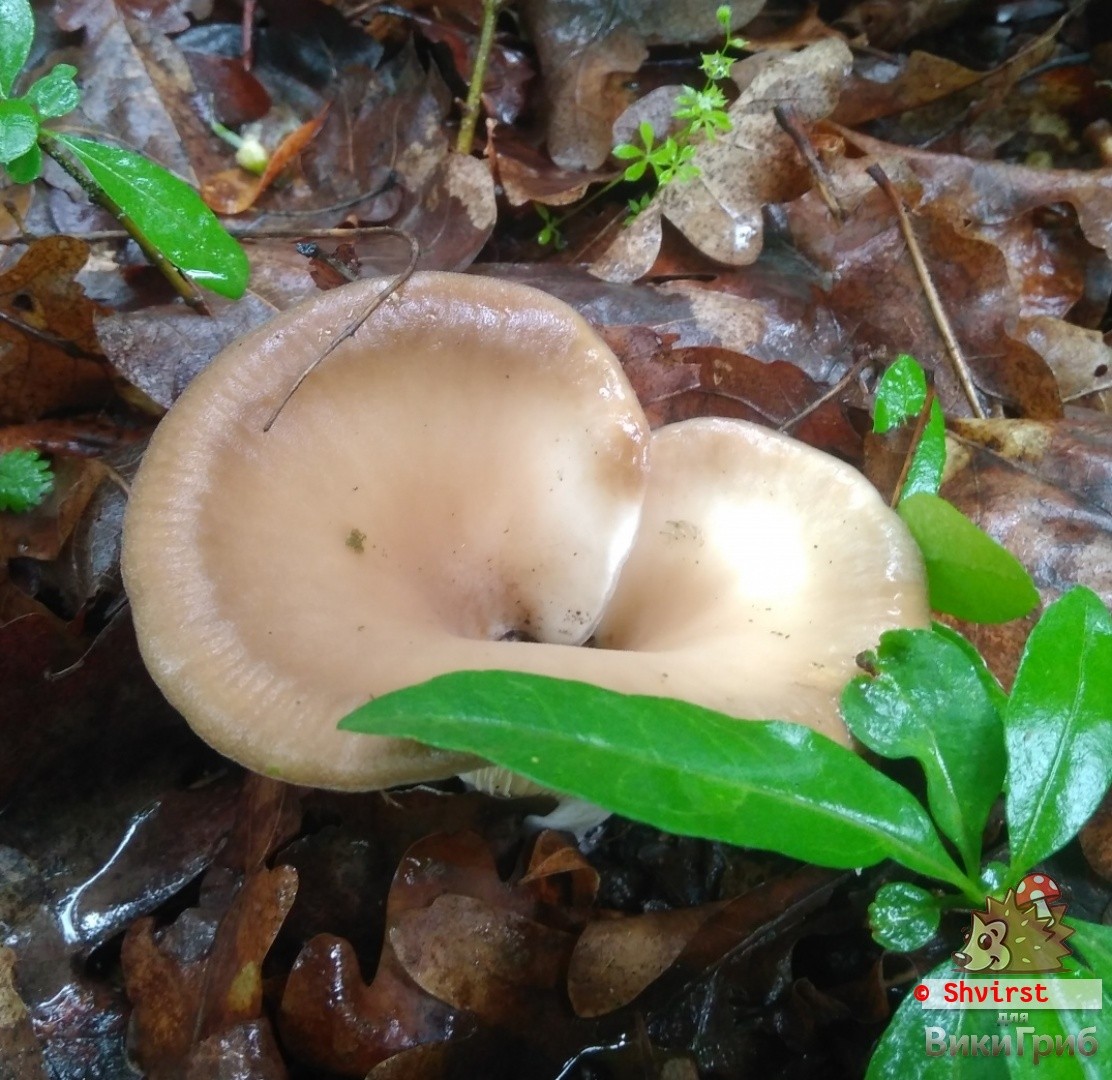 The edge of the cap is first bent, later straightens out, and may be slightly wavy. The cap surface is sticky to moist when fresh, rather smooth and bald, but sometimes with fine white down, especially in young specimens. The color is dark brown to grayish brown at first, fading to pale yellowish brown or beige, often with a darker central area. 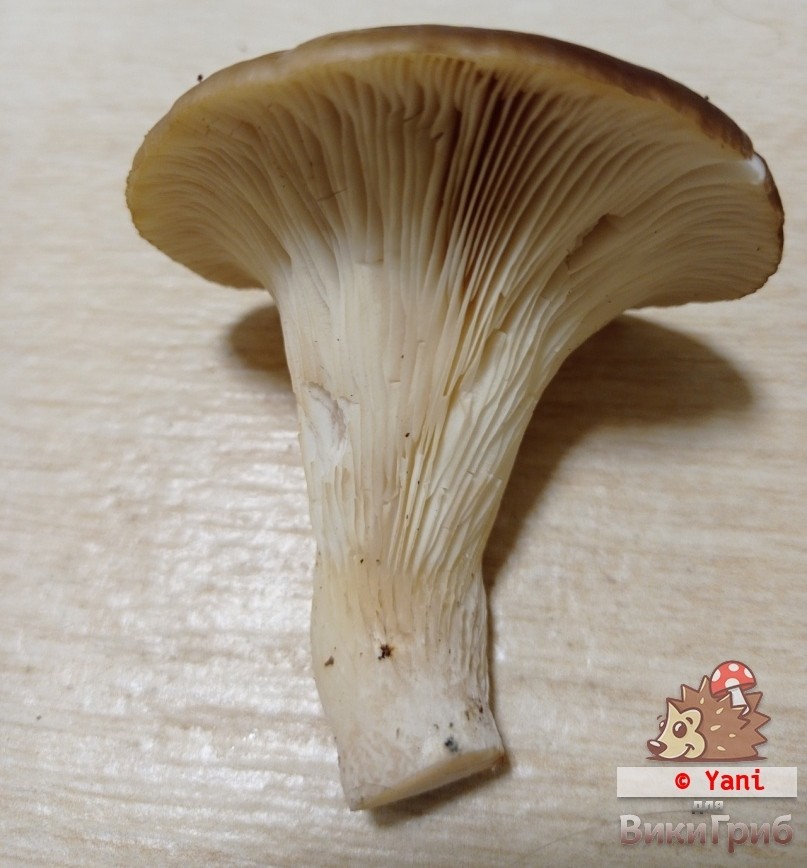 Leg: there is, but it is difficult to determine exactly, since it looks like an extension of the hat. Leg height 1–3 cm, thickness 3–10 mm. Eccentric, cylindrical, may taper slightly downwards, solid, hard-fibered, ribbed (due to vanishing plates). Color from brownish, grayish brownish to whitish. Where the plates end, the leg is bald or slightly pubescent in the lower part, a white basal mycelium is visible at the base of the leg. 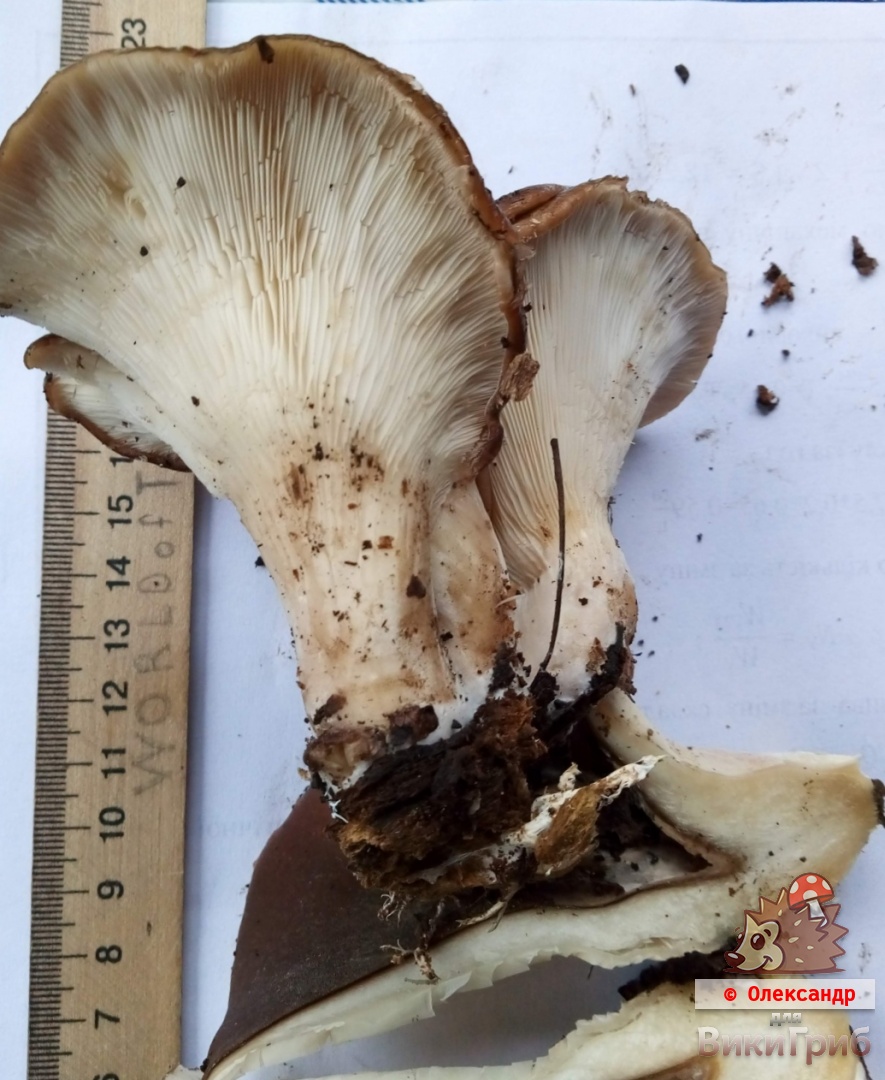 Pulp: whitish, elastic, hard with age, does not change color when damaged. Under the skin you can see the gelatinous layer.

Chemical reactions: KOH on the cap surface is negative.

Cheilocystidia spindle-shaped to pear-shaped, capitate, or irregular; up to about 35 x 8 µm.

Pileipellis is a thin, cuti-like tangle of elements 2,5–7,5 µm wide with scattered interspersed pyleocystidia over a thick zone of gelatinized hyphae.

There are clamp connections.

Saprophyte, grows singly or in groups, on the ground, often in close proximity to woody debris. Quite common in gardens, parks, lawns (etc.) or even in pots – but also happy to grow in the woods.

A conditionally edible mushroom with an inexpressive taste and very hard pulp. 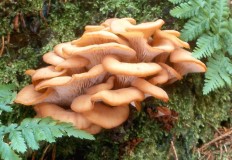 may seem very similar, but it grows directly from the tree, it has serrated edges of the plates and a well-defined stem. 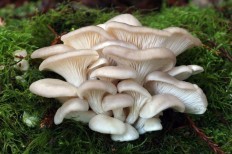 Hohenbuehelia petaloides differs from this and other similar oyster mushrooms in the presence of a gelatinous layer, pubescence on the plates and growth not from logs. 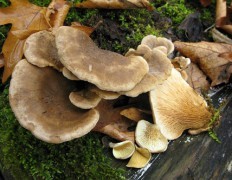 it can, like Goenbuelia petaloid, grow on wood chips, but Tapinella has almost no legs and the whole mushroom is in yellowish tones, the plates are easily separated from the cap. Tapinella has yellowish brown to pale yellow spores.

There is an assumption awaiting verification and confirmation that two closely related species of Hohenbuelia grow in Israel – Hohenbuehelia geogenia and Hohenbuehelia tremula – differing in some microscopic signs and habits of growth – the first likes to grow in deciduous, mainly oak, groves, and the second – in coniferous. Perhaps the spice we find in pines and cypresses is actually Hohenbuehelia tremula.

The article uses photos from questions in the Recognizer.

What health news should not be trusted?

Raw food diet: is it suitable for everyone?