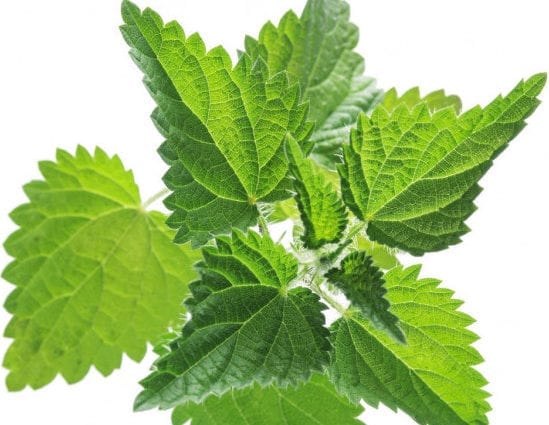 Young nettle is a great addition to salads, soups, sauces and even smoothies. It is one of the sources of vitamins and minerals that are so necessary in early spring during the period of their acute shortage.

Particularly mischievous, nettles fell for the case on the priest. So the majority of people did not have friendly relations with nettles. In this case, there can be no question of eating nettles. And in fact in vain. Young nettles are delicious and incredibly healthy.

Young nettle is a natural concentrate of vitamins: A, B, C, E, K, micro and macro elements: iron, magnesium, copper, calcium, silicon, selenium and phytonutrients, in particular, flavonoids, which prevent heart disease, phytoncides and organic acids … It increases the body’s resistance and strengthens the immune system, promotes metabolism, elimination of toxins and toxins.

Due to the vitamin K content, nettle promotes good blood clotting, has anti-inflammatory effect and helps with internal bleeding. Chlorophyll, contained in excess in the leaves, triggers metabolic processes in the body and helps it resist cancer.

Nettle normalizes blood sugar levels. And, as you know, nettle is actively used in cosmetology and pharmaceuticals.

When to collect and how to handle

In spring, nettles are one of the first to appear. In our latitudes, this is the middle and end of March. The most common type of nettle is dioecious nettle. Young nettles are considered until the beginning of flowering, that is, until mid-May. It is better to collect nettles outside the city, far from the roads. Although young nettles do not sting, and if they do, then just a little, it is better to collect it with gloves. When cooking, so that the nettle does not sting, it must be scalded.

It is better not to expose young nettles or subject them to heat treatment as little as possible so that they retain as many useful properties and vitamins as possible. You can boil nettles for a maximum of three minutes. Therefore, nettle is added to soups at the very end of cooking.

To keep as much vitamin A in the nettle as possible, it is better to chop it up with a ceramic knife or tear it by hand.

If there are no contraindications, then young nettle can be consumed in any quantity. Green borscht, salads, sauces, dips, pies, scrambled eggs, okroshka, botvinia, cream soup, smoothies, etc. are prepared with nettle.

What to cook: Nettle salad

Young nettles will best preserve all their beneficial properties in a salad. For a supervitamin spring salad you need: young nettles, green onions, dill, parsley, vegetable oil (from olive to sesame), lemon juice, salt and pepper.

Pour nettle leaves over with boiling water, finely tear with hands or cut with a ceramic knife, chop dill, parsley, onion, season with oil and lemon juice, add pepper and salt to taste.

Nettle leaves in folk medicine help in case of a lack or excess of vitamins (hypo- and avitaminosis). Infusion of leaves is used for tonsillitis in the form of rinsing. It can also be used as a prophylactic agent for the oral cavity, primarily for strengthening the gums, treating gingivitis, periodontitis, stomatitis. Nettle leaves are used for constipation, hemorrhoids, indigestion, liver disease.

Tea is brewed from nettle leaves, dried or fresh. Nettle tea helps to increase immunity, helps in the prevention of colds, relieves arthritis symptoms. Dried nettle has an excellent bactericidal effect, so it is powdered over wounds.

In medicine, nettle is often used in the case of various types of bleeding, because the vitamin K contained in it increases the production of prothrombin, which clots the blood.

The beneficial properties of nettle help in the treatment of cervical erosion, atherosclerosis, cholecystitis. With the help of nettle, respiratory diseases are also treated: under the influence of iron, vitamins, protein, chlorophyll, the metabolism of proteins and carbohydrates increases, which has a positive effect on human respiratory activity.

As a prophylactic agent, a decoction from this plant is useful for improving the functioning of the cardiovascular system; in the summer, boiled nettles are used to cleanse the blood. The use of such a decoction will help reduce sugar levels, normalize metabolism, increase blood clotting, hemoglobin, and immunity in general. Nettle is also useful for nursing mothers: it increases lactation. Compresses, nettle infusion baths help to cure skin diseases, burns.

External application of strong infusion of nettle heals wounds well. For the treatment of problem skin – boils and acne – the infusion from the plant is used for the purpose of blood purification.

Nettle is often used in cosmetology: it has deodorizing and disinfecting properties due to the phytoncides that it contains.

Nettle juice or a decoction from fresh or dry leaves is considered the best for hair care. After adding to the water, they rinse the washed hair. The healing substances of nettle strengthen the hair, having a beneficial effect on its structure, enriching it with useful substances. Therefore, after just a few applications, the hair becomes more luxuriant, shiny, and has a healthy look.