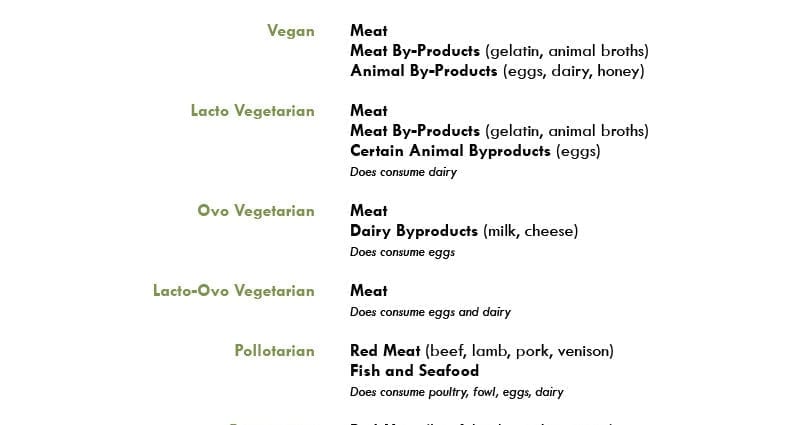 A few centuries ago, only those people who excluded animal protein from their diet were considered vegetarians. As this food system spread throughout the world, its varieties began to appear. And after them, and fashionable diets, the principles of which have nothing to do with the canons of true vegetarianism, but still rank themselves among it.

What is vegetarianism for a true vegetarian? It’s not just a type of food. This is a special way of life, a philosophy based on love. Love for all living beings and for oneself. She does not accept conventions, therefore, it provides for the rejection of all types of meat and fish, and not only those that are easiest to exclude from your diet. The only thing she can tolerate is the use of milk or eggs – products that animals give away without pain.

Today, along with vegetarianism, there is also pseudo-vegetarianism… It combines diets that involve the consumption of certain types of meat, sometimes in smaller quantities than usual. More often than not, people who adhere to them simply pay tribute to fashion or want to become healthier by giving up their culinary habits at least for a while. However, many of them call themselves vegetarians.

Raw food as a form of vegetarianism

This type of food has been successfully spreading all over the world in recent years. People who stick to it call themselves raw foodists. They eat only raw foods that are not exposed to even minimal heat treatment, and do not recognize spices and seasonings. The only cooking methods allowed in the raw food diet are and.

The raw food diet includes fruits and vegetables, sprouted grains, cold-pressed vegetable oils, and sometimes even milk, eggs, fish or meat. Fresh or dried, these foods, according to the opinion of convinced raw foodists, contain the maximum amount of nutrients.

The emergence of this type of nutrition was preceded by the emergence of the theory that the human food chain could only contain raw food, because it is it that is considered natural, since it is given by nature itself.

The advantages of this type of diet over others speak in favor of a raw food diet, stating that:

A raw food diet, like vegetarianism, has its own varieties. It happens:

In addition, a raw food diet can be:

Fruitarianism as a form of raw food diet

Fruitarianism is a type of diet that permits the consumption of raw fruits. These can be fruits or vegetables, berries, legumes, seeds and grains. The main thing is that you don’t need to destroy plants to get them.

In other words, within the framework of this type of food, it is allowed to eat cucumbers, bell peppers, raspberries, and so on. But it is forbidden – carrots (since this is the root of a plant, without which it cannot live), green onions (these are its leaves).

The diet of fruitorians is at least 75% of the fruits that are eaten raw without the addition of spices or flavor enhancers.

According to true vegetarians, if there is even a minimal amount of meat or products in the diet, it is no longer vegetarian. Nevertheless, at least 3 types of such pseudo-vegetarianism are known.

Despite all the controversy and controversy, each of these types of vegetarianism exists. True or false, it has its followers and, be that as it may, allows a person to choose the optimal type of food for themselves. It doesn’t matter what it’s called. The main thing is that it brings real pleasure and allows you to stay healthy and happy.