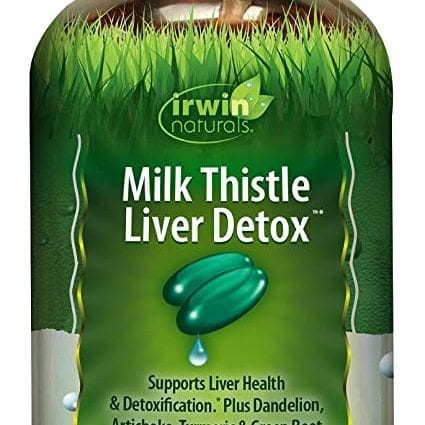 There is such a plant – Maryin thistle, or Milk Thistle… In everyday life, we rarely pay attention to it, because it is rather a weed: its stem ranges from 1 to 1,5 m, the leaves have yellowish thorns at the edges, and the flowers resemble purple balls wrapped in thorns. Yes, and milk thistle grows mainly in weedy places, and not in gardens, as it quickly runs wild. At the same time, knowledgeable people widely use it in medicine. It turns out that this is one of the most studied means for the prevention and treatment of liver ailments.

This weed, in fact, has stood the test of time. They knew about its healing properties even in antiquity, when Hippocrates, with its help, relieved of the consequences of poisoning with mushrooms, alcohol, and snake poison. Over time, its advantages were forgotten and remembered only in the twentieth century, when its active study began.

Today, milk thistle is a natural hepatoprotector and is highly regarded for its composition. Almost 200 useful substances were found in it, including:

The most interesting thing is that these substances are contained not only in seeds, but also in all other parts of the weed, albeit in a smaller volume. In general, they are:

In folk medicine, milk thistle is used to eliminate minor and severe liver and biliary diseases, including cirrhosis, hepatitis, and to cleanse the intestines. With its help, they rejuvenate and lose weight, simultaneously getting rid of diabetes mellitus, varicose veins, allergic manifestations, ailments of the thyroid gland, spleen, problems in gynecology.

Along with traditional healers, pharmacists also use thistle in the production of medicines. On the basis of the substances extracted from it, famous hepatoprotectors are made, such as: Karsil, Silegon, Silimar, etc.

During detoxification, seeds, leaves, stems, roots are used, because there are no unnecessary parts in the plant. Most often, teas, tinctures and decoctions are prepared from them, which are then taken in dosed courses. Valuable properties, including anti-sclerotic, are possessed by milk thistle oil, which, if necessary, can be purchased at the pharmacy. In extreme cases, they drink pharmaceutical tablets and capsules in accordance with the instructions contained in them.

To enhance the effect during the period of cleaning, it is recommended to follow a diet, that is, exclude from the diet:

At the same time, cereals, vegetables and fruits should be added to the menu: they have a lot of fiber. It improves peristalsis, thereby effectively cleansing the intestines and the entire body from toxins. Another useful property of such foods is the minimum stress they put on the liver.

Drinking a lot is also important: water expands the ducts and speeds up the elimination of toxins.

The easiest way is to prepare decoctions and infusions, the raw materials for which are purchased at the pharmacy. You can collect it yourself, and then properly process, dry, store. Pharmacy preparations are subjected to special processes, due to which all useful substances are preserved in them. And they are collected, as a rule, in ecologically clean places.

Finished foods should be stored in the refrigerator for no more than 48 hours, and it is better to make new ones every day.

The seeds are crushed in a blender to a powdery state, and then poured with water and placed in a water bath over low heat, leaving there until the volume of the broth is reduced by 2 times. Then set aside, cool and strain. Consume 1 tbsp. l. every hour throughout the day for 2 weeks.

Seeds should be steamed with hot water, and the resulting infusion should be cooled. Drink twice a day before meals for a month.

Decoction from the roots

Immerse the washed raw materials in water (at this stage it is important to remember How long volume was obtained) and boil for 30 minutes in a water bath under a lid. Then strain and add enough boiling water to the broth to get the original volume. Drink 1 tbsp. l. three times a day before meals. An additional positive effect of taking it is the loss of extra pounds.

The plant should be crushed and placed in a dark glass vial, then filled with alcohol. Cork and set aside for 2 weeks (a room with room temperature is suitable). Then fold the gauze in several layers and strain the product through it. Drink 1 – 15 drops per dose (it is better to calculate the exact dose together with a specialist who will examine you and establish how severe the liver condition is).

It is worth noting that after consuming decoctions and infusions, it is recommended to lie down, applying a heating pad to the area of ​​the right hypochondrium in order to expand the bile ducts and help them to cleanse them as soon as possible. You need to be in this position for up to 50 minutes, after which the heating pad can be removed by remaining warm for another 30 minutes under a blanket.

It is very important to follow a diet during detoxification, and after 2 – 3 hours after taking the funds, put a cleansing enema (meaning those where there is a small frequency of intake).

They say that silymarin, which determines the beneficial properties of the plant, has its drawbacks: it breaks down very quickly in the light and at high temperatures. That is why it is recommended to take raw materials with it without preliminary heat treatment. Here are some options:

Meal means the powder that remains as a result of squeezing oil from the seeds. It is extremely rich in B vitamins, therefore it is valued for its ability to have a positive effect on the state of the nervous system and vision.

Take it 4 times a day, 20 minutes before meals, 1 tsp with a glass of still water. Another recipe option is to use ground seed flour in this way. The course of treatment is 40 days, and the break between courses is 14 days. For 12 months, you can take 3 – 4 courses.

The crushed raw materials should be mixed with oil and mixed well. Use the product three times a day, 1 tsp. after meals, but store in a dark glass container in the refrigerator. Shake the medicine before each dose.

The course of treatment is 1 month. It is worth noting that along with cleansing the liver, people who used the suspension noted an increase in sweating, a pronounced laxative effect.

Grind the ingredients, mix with butter and put in the refrigerator. Take 1 tsp. three times a day after meals. The duration of the course is 1 – 4 weeks.

Steam the raw materials and leave to infuse for 30 minutes. Then strain and drink slowly on an empty stomach. For maximum effect, you can also drink the product 30 minutes before bedtime. A few drops of peppermint tincture improves its taste.

In severe cases, during detoxification with infusions and broths, you can additionally use a decoction from agaric inflorescences (they are crushed and poured into 300 ml of water, the field of which is boiled, cooled and filtered). They drink it in 0,5 tbsp. l. the first 23 days of treatment 30 minutes before meals.

Medicinal teas from this plant are also sold in pharmacies, but folk healers claim that their effectiveness is not as high as that of tinctures and decoctions.

Milk thistle is called one of the safest remedies for cleansing the liver, so its reception is often discussed on all kinds of forums. Indeed, many people note an improvement in their skin condition, well-being after the courses (the heaviness in the side, cramps disappeared), but they mention that they resorted to prescriptions only after a preliminary consultation with a doctor.

Milk thistle is contraindicated in the presence of:

Some sources write that it is possible to use certain drugs for children from the age of three, but you cannot blindly trust them. One of the contraindications for milk thistle is age up to 12 years. Nevertheless, many experts are sure that there is no need to use it before the age of 25: up to this point, the liver simply does not have time to clog.

It is also important to remember that diet is not just advice, but a strong recommendation. Failure to comply with it can not only slow down the detoxification process, but also aggravate the patient’s condition. When you take prohibited foods and drinks, existing diseases are sometimes exacerbated or new ones develop. And especially the gastrointestinal tract suffers.

Milk thistle liver cleansing is an easy, effective and budgetary way to detoxify. Any of the suggested recipes is suitable for its implementation. The main thing is that before choosing the right one, be sure to consult a doctor and undergo an examination of the liver and gallbladder.