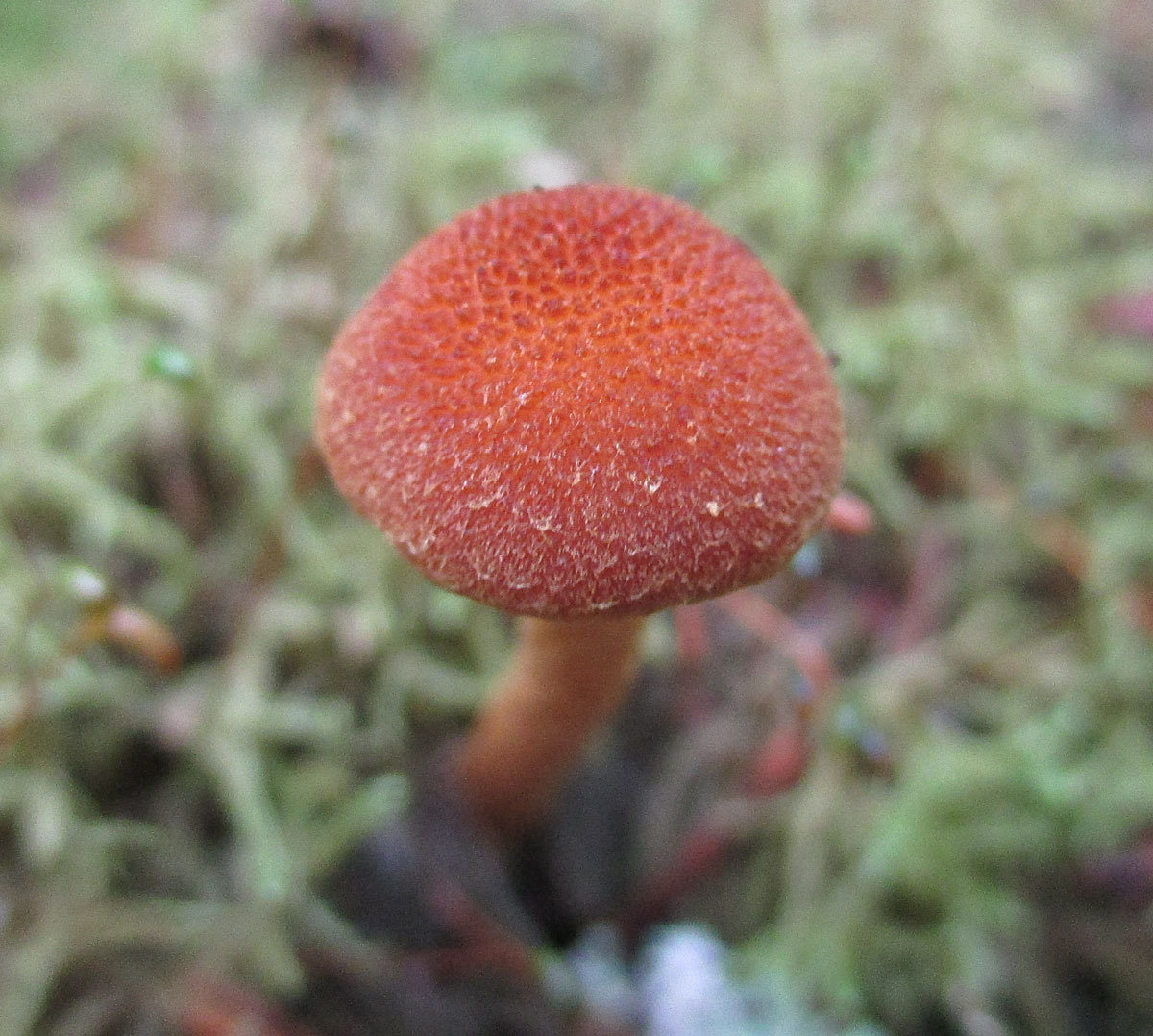 The epithet Flammulaster comes from the Latin flámmula – “flame” or even “little flame” – and from the Greek ἀστήρ [astér] – “star” (because of the “star-sparks” with which the hat is dotted). Indeed, a suitable name for a mushroom that burns with a sparkling light in the dusk of centuries-old trees.

However, not everything is so rosy. The epithet limulatus comes from the Latin līmus [i] – “mud, silt”, indicating the color of the cap. Hence the second name of the fungus: Flammulaster dirty, dirty.

Therefore Flammulaster limulatus is a paradoxical name. It could be rendered as “dirty shining flame”.

The second name, Flammulaster dirty, is used as the main name in some directories and websites.

Hat: from 1,5 to 4,5 cm in diameter. In young specimens, it is almost hemispherical, sometimes with a curved edge and a rapidly disappearing veil. As it develops, it becomes convex, eventually almost flat. The surface of the cap is covered with dense mealy, granular scales located in the radial direction, denser in the center of the disc. Color ocher-yellow, brownish-yellow, brown, rusty-red. The edges of the hat are lighter.

Records: rather dense, adherent or accreted by a small tooth with numerous plates.

Lemon yellow when young, later golden yellow or ocher yellow. As they mature, the spores become reddish-brown in color. 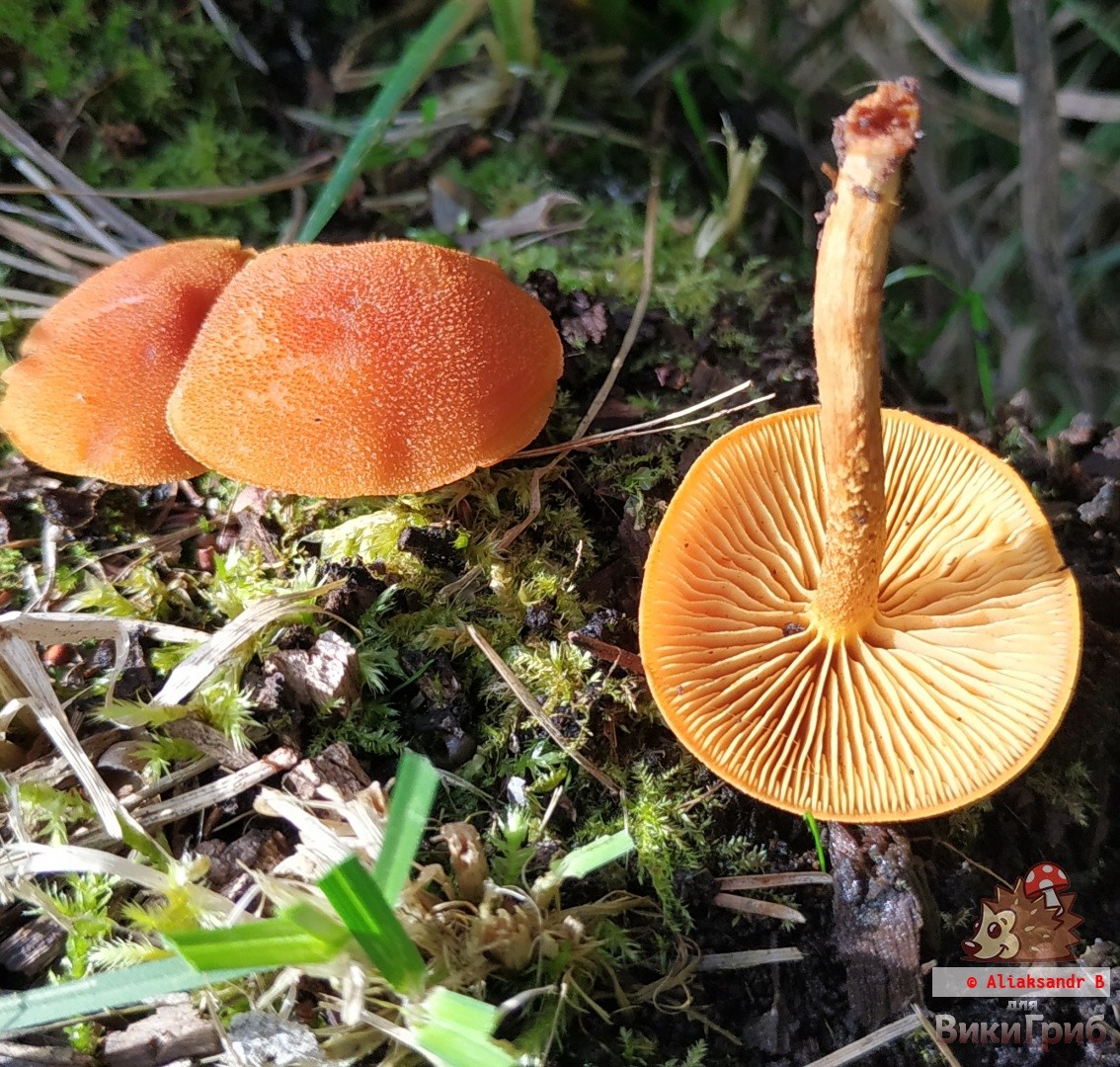 Leg: 2-6 cm high, 0,2-0,6 cm in diameter, cylindrical, hollow, fibrous, slightly widened at the base. Straight or slightly curved. Covered with longitudinal felt scales, the intensity of which increases from top to bottom. Accordingly, the color of the stem changes, from ocher-yellow near the plates to brown towards the base of the stem. There may be a white spot at the point of attachment of the fruiting body to the wood. 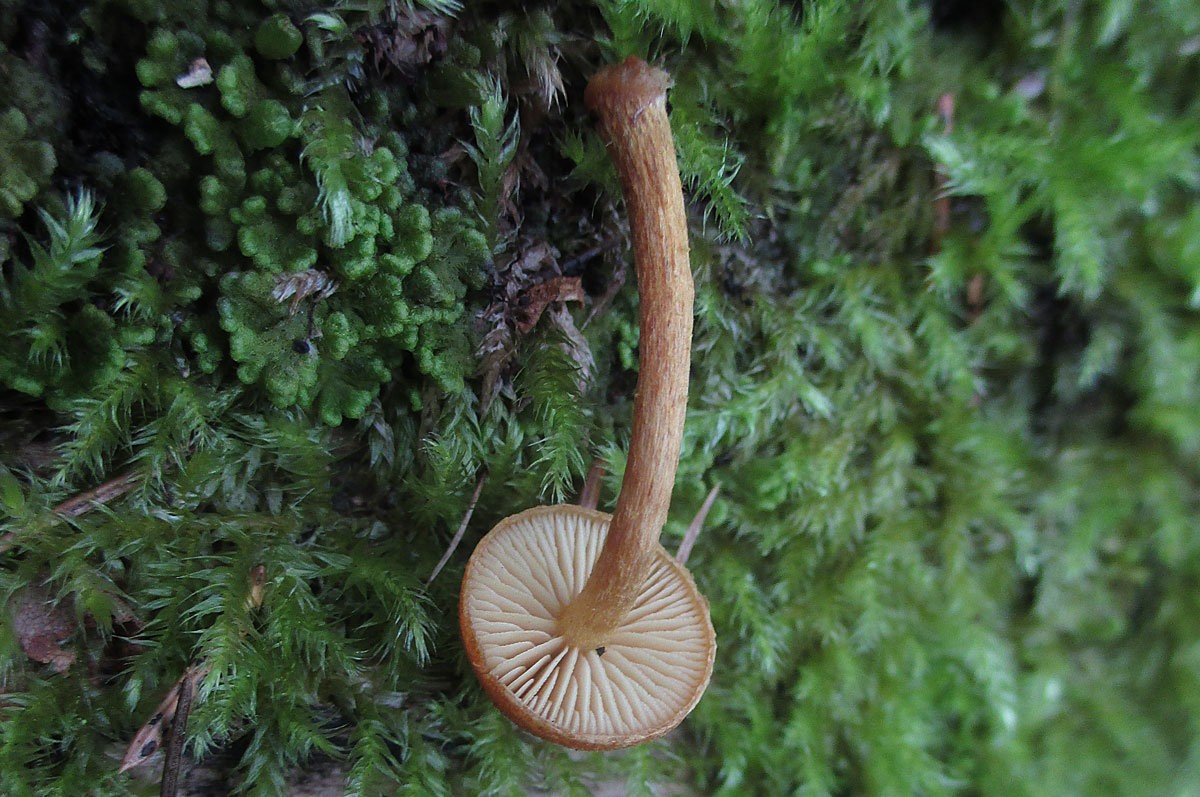 Pulp: the cap is thin, the same color as the surface. Slightly hydrophobic. Reacts with KOH (Potassium Hydroxide) and quickly turns purple. 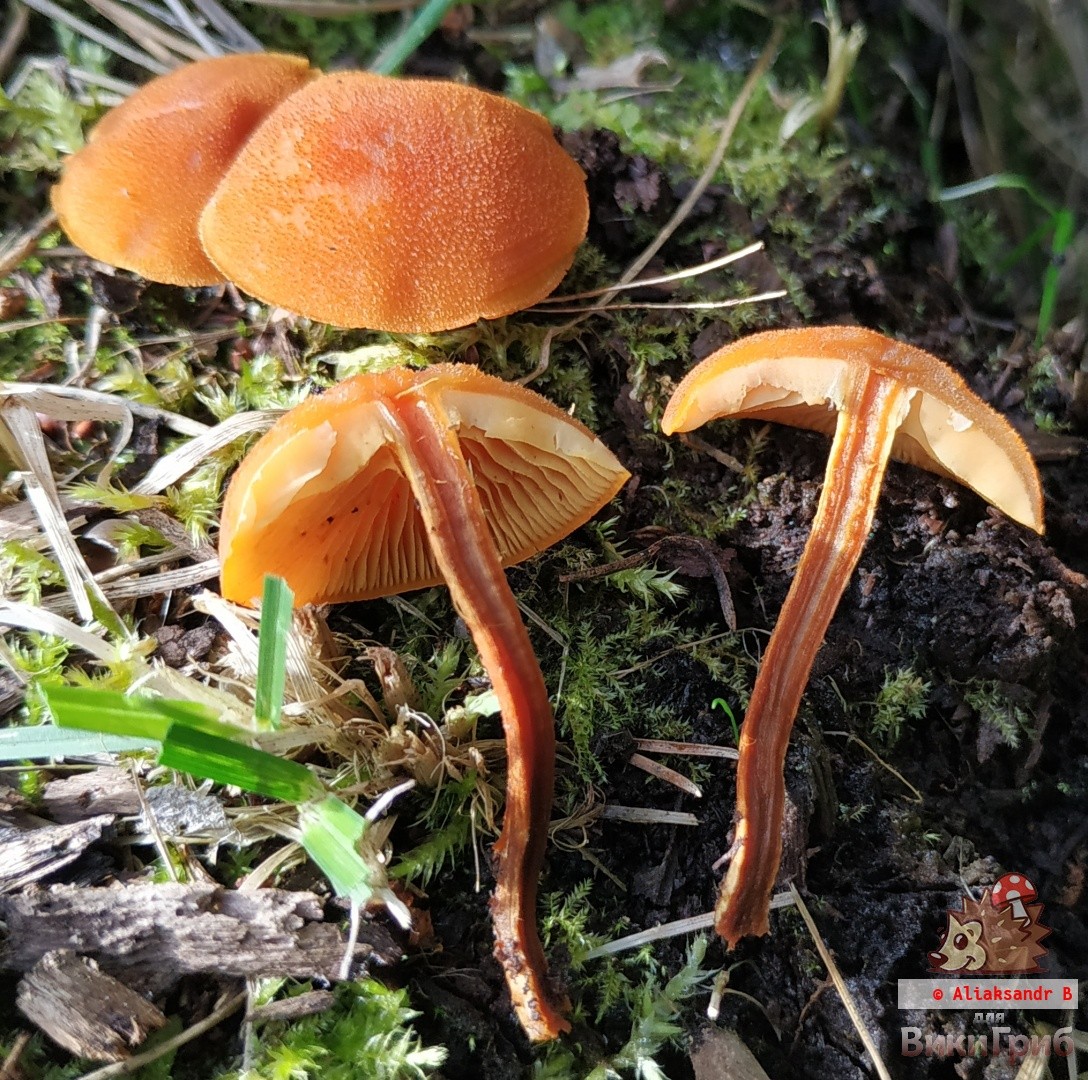 Smell and taste: not expressive, but can be a little bitter.

It grows on rotten wood, old stumps, wood waste and sawdust. Alone or in groups. Prefers deciduous species, but can also grow on conifers.

The old shady forests are his favorite environment.

Many reference books note his “love” for beech (Fagus sylvatica).

Flammulaster beveled is quite widespread in Europe. Found from the Pyrenees and alpine forests to southern Lapland. However, it is considered rare.

You can meet this small fungus from August to October. The peak of fruiting is September.

Occasionally there is an explanation that the nutritional properties have not been studied. 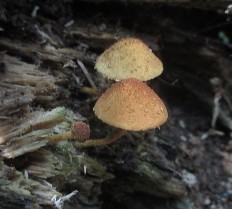 As well as Flammulaster beveled, it is found on rotten hardwood. With a similar hemispherical cap covered with pointed scales. However, there is a difference between them. In Flammulaster muricatus they are larger and darker. In addition, F.muricatus has a fringed edge. Thus, it looks more like a young scale than Flammulaster limulatus.

A rare smell is another fairly obvious difference.

This fungus can be found on dead willow trunks. Its reddish-brown cap is covered with frequent, small, sharp, fibrous scales. However, upon closer examination, it is noticeable that the hat is more “hairy” than that of the Flammulaster beveled. In addition, Feomarasmius urchin is a very small mushroom, no more than 1 cm in diameter.

Microscopic differences: in Phaeomarasmius erinaceus, the cuticle structure of lamprotricoderm is a palisade of raised and thick-walled hyphae, while in Flammulaster muricatus, the cuticle is formed by globular, swollen or short-cylindrical hyphae, more or less catenate.

The article used photos of Sergei and Alexander.

Benefits of swimming in the sea

A little more about lemon water

6 Methods for Co-education of Children and Parents