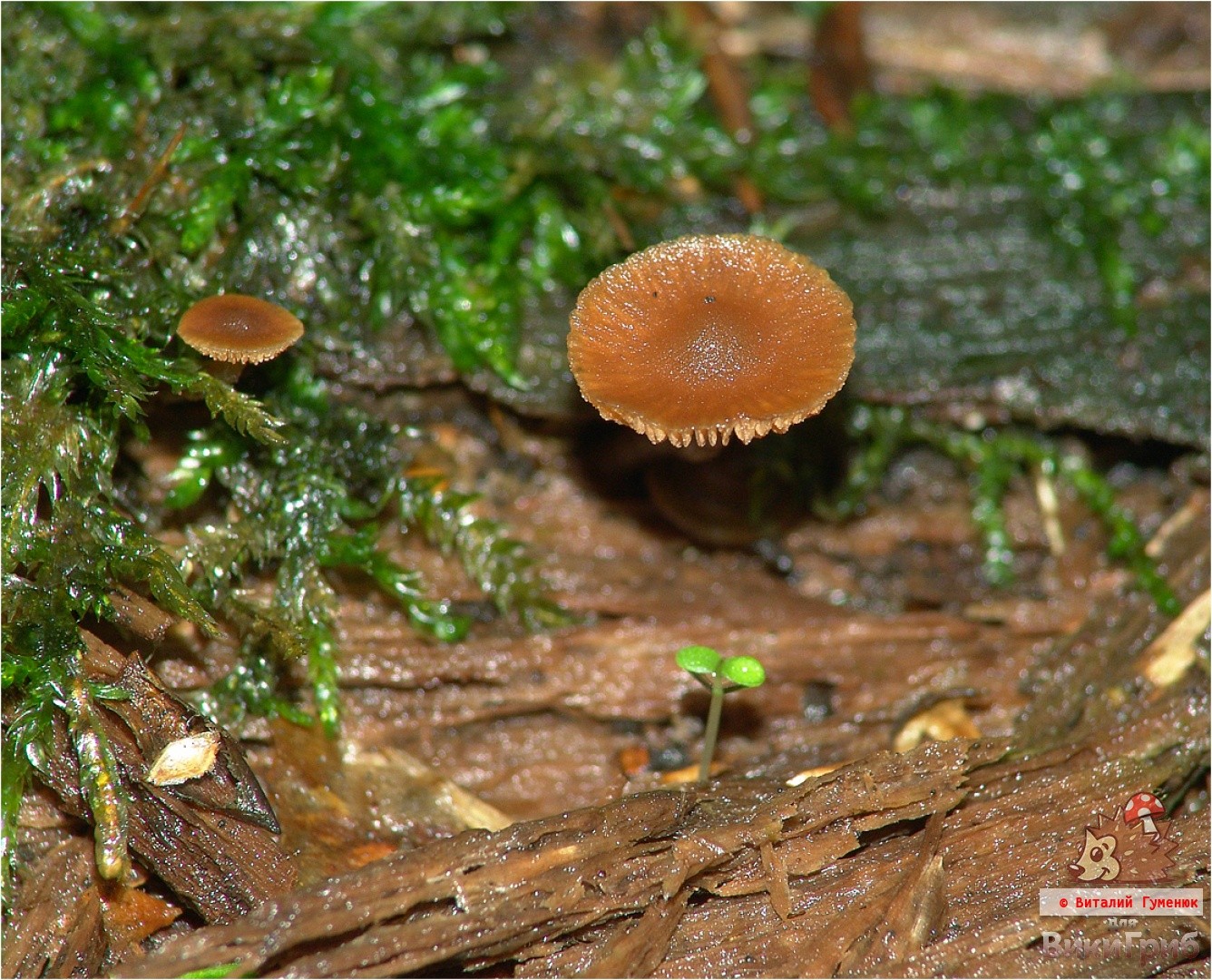 head small with a diameter of about 2-4 cm from wide-conical, semi-circular to flat-convex prostrate. A small, broad, blunt tubercle in the center often remains. The surface is smooth wrinkled with thin veins forming a radial-venous pattern that reaches the cap margin. The edge itself is often serrated, furrowed. In adult specimens, the cap may crack radially. 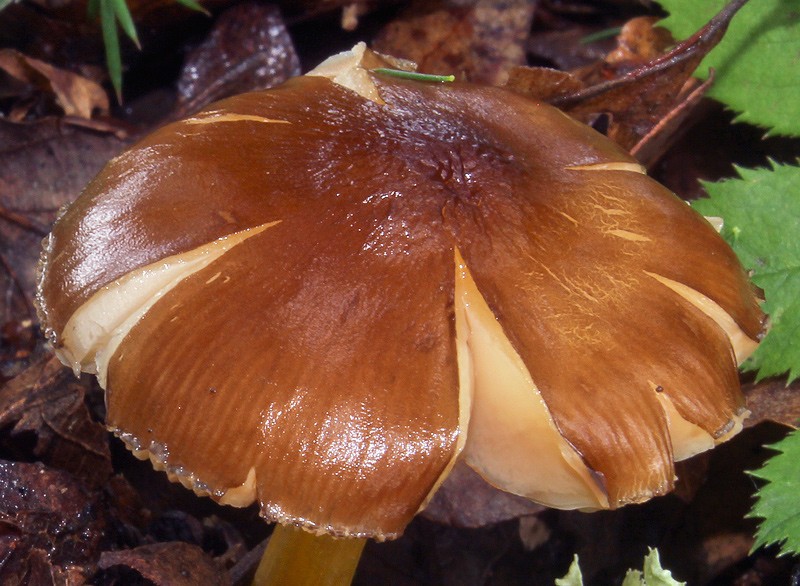 The surface color of the cap varies from honey-yellow, yellow-brown, brown to dark brown, brown. The flesh of the cap is thin-fleshed, fragile, whitish in color, does not change color on the cut. Taste and smell are neutral, not pronounced.

Hymenophore mushroom – lamellar. The plates are free, medium wide (up to 5 mm), moderately frequent with plates of different lengths. The color of the plates in young mushrooms is whitish, pale yellow, then, when ripe, acquires a beautiful dark pink hue. 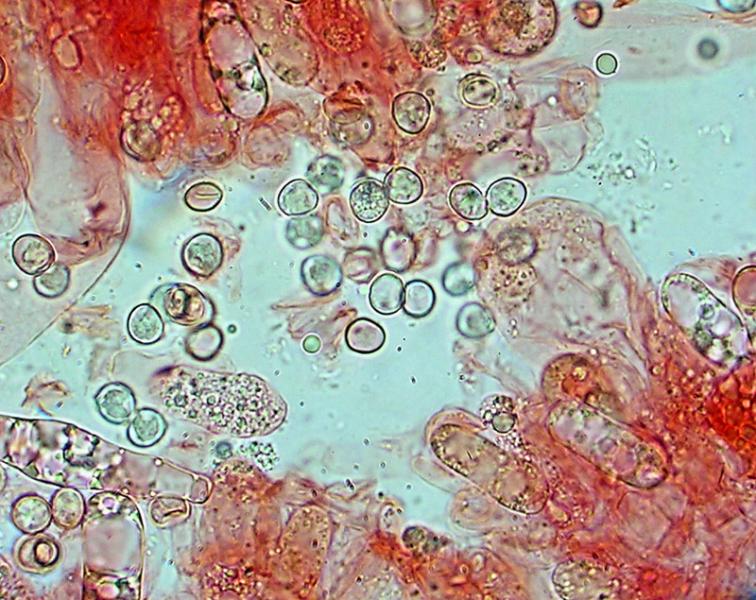 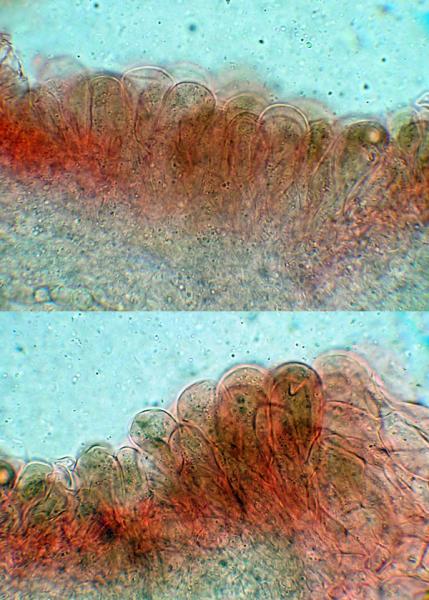 Leg central (sometimes it can be slightly eccentric) from 2 to 7 cm in length and up to 0,5 cm wide, cylindrical with a slight thickening towards the base, smooth, shiny, longitudinally fibrous. The surface is lemon yellow, the cap is slightly lighter. Rarely there are specimens with a light-colored stem up to almost white, in which case it becomes much more difficult to recognize the species. 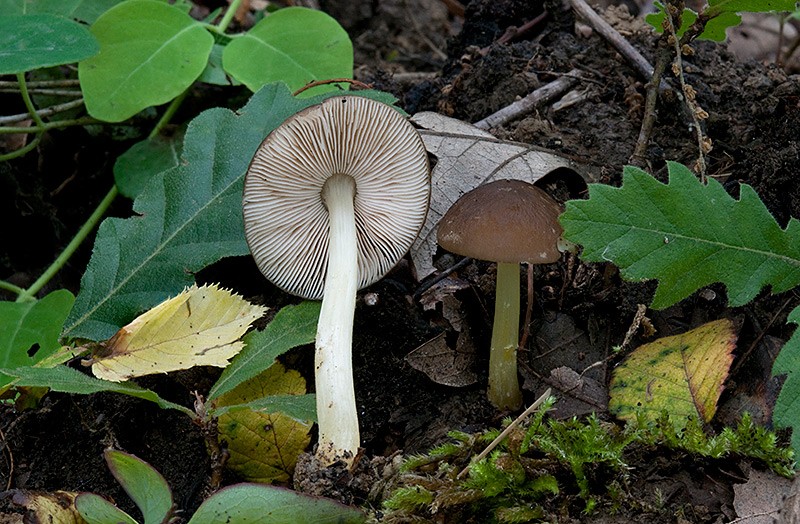 Plyutei Romell – saprotroph on stumps, dead wood or on the trunks of various deciduous trees that have fallen to the ground, buried woody remains. It was found on the wood of oak, hornbeam, alder, birch, white poplar, elm, hazel, plum, ash, hazel, chestnut, maple, Robinia. The distribution area is quite extensive, found in Europe from the British Isles, the Apennine Peninsula to the European part of Our Country. In Our Country, it was also found in Siberia, Primorsky Krai. It grows infrequently, singly and in small groups. Fruiting season: June – November.

There is no information about toxicity, but the mushroom is considered inedible.

Field identification of this fungus is usually easy due to the combination of brown cap and yellow stem.

It has a certain resemblance to some species of the genus of whips, which have yellowish and brownish variations: 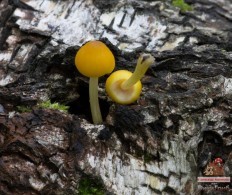 It differs in color (lack of brownish tones) and texture (velvety) of the cap and microscopic features. It is painted in yellowish color in contrast to p. Romell, in the color of the cap of which brown tones predominate. 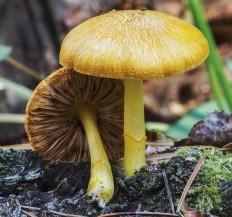 This rare species is unmistakably identified by the ring on the stem.

Vegans from the world of show business and politics: ups and downs

Veganism: Save the Earth’s Resources

Surprisingly, these dishes are not suitable for vegetarians.