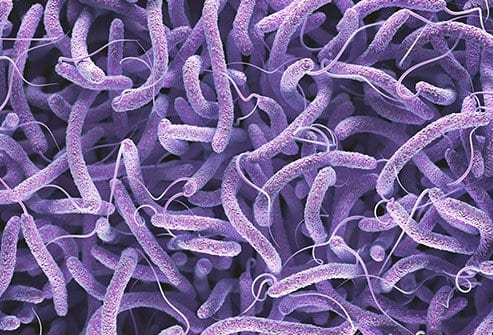 This is an acute intestinal disease, which is accompanied by damage to the small intestine, electrolyte imbalance, dehydration of the body and, as a result, intoxication of the body. This dangerous quarantine infection can be fatal if not treated promptly.

Cholera usually spreads as an epidemic[4]… This dangerous infection can be viewed as a biological weapon. Every year, up to 4 million cases of infection with this disease are recorded in the world. The most vulnerable in this regard is considered the stratum of the population that lives in unsanitary conditions. Therefore, the main endemic foci are localized in Latin America, southeast Asia and South Africa. The peak incidence occurs in the summer-autumn period.

Initially, India was a hotbed of infection, but in the 19th century, with the development of trade, cholera spread throughout the world. And since then, mankind has been shaken from time to time by outbreaks of cholera. In the early 19th century, during the first pandemic, the death toll of cholera was in the millions. The second pandemic lasted about 20 years and swept Japan, the United States and Europe. The third pandemic is considered the deadliest. British scientists began to investigate the causes of the spread of cholera and develop ways to treat it. Despite this, until the middle of the 20th century, this dangerous infection claimed millions of lives.[3]… Now the disease is not widespread, but outbreaks of cholera are recorded from time to time in developing countries.

The causes of cholera

The cause of the development of cholera is cholera vibrio, which is present in the flora of most bodies of water. But here the number of microorganisms per unit volume of water plays an important role. For infection, at least a million vibrios must be swallowed.

This dangerous infection affects both adults and children, usually during the warmer months. It can take from 10 hours to 5 days between the ingestion of Vibrio cholerae and before the first symptoms appear, but usually the incubation period lasts 2-3 days.

Depending on the clinical symptoms, cholera is classified into:

In severe cases, the development of specific complications is possible:

Nonspecific complications in cholera arise when a secondary infection is attached. Most often, cholera is complicated by focal pneumonia. If a large amount of fluid is lost, hypovolemic shock may occur.

With untimely therapy, cholera has a high percentage of deaths

The transferred cholera does not leave immunity, therefore, re-infection is possible. The main preventive measures include:

Cholera can be quickly cured with a timely visit to a doctor. On the first day, to compensate for the large loss of water, patients are prescribed up to 6 liters of oral rehydration salts. For severe patients, in order to avoid dehydration shock, intravenous infusions are prescribed at the rate of 1 liter per 10 kg of the patient’s weight. Antimicrobial agents are sometimes used to combat diarrhea. Also enterosorbents are successfully used in therapy.

A cholera patient with diarrhea and vomiting loses a lot of water, trace elements, vitamins and protein, so nutrition should be aimed at:

In the first 1-2 days of illness, fasting and drinking plenty of fluids are indicated. Recommended compotes from apples and pears, black currant juice, a decoction of dried rose hips, which are distinguished by an astringent effect.

After stool normalization, an apple diet is shown, you should eat 1-1,5 kg of grated green apples without a peel in 5-6 doses during the day. The next day, you can add foods that do not irritate the intestines to the diet: semolina, rice or oatmeal boiled in water, grated cottage cheese, low-fat dairy products, freshly squeezed juices, berry jellies.

Then, as the patient recovers, the patient’s diet is expanded with boiled fish, meatballs and steamed cutlets, mashed cereals, low-fat and mild cheeses. Food should be warm, food fractional and frequent.

Folk remedies for the treatment of cholera

Dangerous and harmful foods for cholera

It is necessary to exclude stimulants of the secretory function of the stomach and the gastrointestinal tract as a whole from the patient’s diet, as well as products with cholesterol, therefore, abandon: