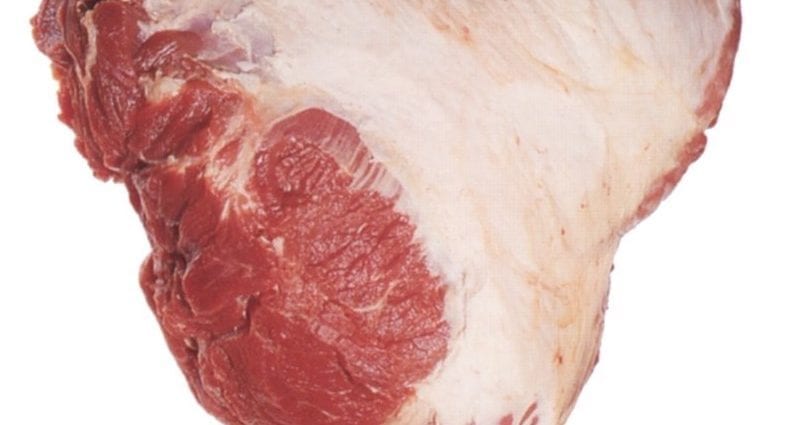 Camel meat is widespread in Arab (more precisely – Muslim) cuisine: “Sunnah” prohibits eating donkey meat, but allows camel meat. In terms of nutritional value and taste, camel meat is not inferior to beef, and the most valuable are carcasses of young, well-fed individuals. It is fried, stewed and boiled in large and small pieces, and this meat is quickly boiled down and fried.

For cooking, the camel meat is placed in hot water and kept at a low boil for three to four hours. For coarse frying, it is best to use the tenderloin and thin rim of young animals. For frying in small pieces (azu, goulash, beef stroganoff), the meat must first be marinated in vinegar for two to three hours: it will become softer, and the taste will be better.

Camel meat is a dietary product, since it does not contain internal layers of fat. But the fat layer in its pure form is contained in humpback lard: it is reheated and used in cooking (and not only), and in those countries where camels are common, this fat is valued higher than lamb and beef.

The first mentions of camel meat go back to biblical times. The laws of Moses forbade the eating of camel meat, although its milk was drunk and is still being drunk. Camel meat has been the mainstay of traditional nomadic cooking for centuries. Nomadic tribes could only use foods for long-term storage or feed on the meat of animals they brought with them: usually they were camels.

Traveling, nomadic tribes exchanged camel meat for other foods and items. This is how the distribution of camel meat took place throughout the world.
In ancient Rome and Persia, camel meat was considered a delicacy. In Mongolia, valuable fat was rendered from camel meat. Camel meat is widespread in North Africa, the Middle East and Central Asia. Camel meat is still a rarity for Russia, the nearest place where it can be purchased is Kazakhstan.

Camel meat is rich in phosphorus, potassium, iron, vitamins B1, B2, B9, PP, C, E and A. It does not have internal layers of fat, it is a dietary product.

While on vacation in other countries and getting to local markets, our compatriots sometimes receive an offer to buy camel meat. Many of them do not dare to do this, because they do not know about its consumer properties, or how to cook it, or how to choose it. Although this is not particularly difficult. At least it’s no more difficult than buying and preparing beef.

When buying camel meat, you need to take into account that meat taken from different parts of the carcass has different gastronomic properties. The age of the animal is also of great importance. The meat from adult and old camels is tough, which seriously complicates the cooking process, since it is necessary to use additional methods of softening and finishing it. Avoid buying dark red, brown and gray camel meat, as this just means that the meat is not taken from young individuals. Here, the lighter the better. Therefore, before buying, ask the seller to show your entire range. It will not be superfluous to compare the meat from several merchants, and only after that make the final choice.

How to store camel meat

Any meat can only be stored in a refrigerator. Before cooking, it can lie in a common chamber for 1-2 days, but since you may not know how long it has been on the counter, immediately after coming home it must be cooked or put into the freezer. Considering that camels are not found in the North, and food deteriorates very quickly in hot climates, this recommendation is very serious.

In a freezer at a temperature of -18 ° C and below, meat can lie for six months. By the way, the opinion is erroneous that if a food product is frozen and rotting is excluded, then it can be stored forever. This is not true. Under low temperature conditions, the structure of meat tissues continues to deteriorate, and some bacteria are capable of multiplying down to -18 ° C.

Another way to save camel meat is to dry it. Dried meat in a common chamber and in a sealed refrigerator can be stored for 1-2 months. Sealing is necessary so that the meat does not absorb the smells of other foods, and so that other foods do not begin to smell of dried camel meat. It is not recommended to freeze dried camel meat, as the meat can acquire a bitter taste.

The use of camel meat in cooking

Camel meat is one of the most delicious types of meat. For many peoples, it is served only on holidays, although there are also such ethnic groups for which camel meat is the basis of their daily diet and the main ingredient in various national dishes. The biggest lovers of camel meat are Bedouins and other Arab peoples living in the Middle East.

One of the most popular dishes in North Africa is tajin (tagine) – camel meat baked with potatoes. This dish delights even the most sophisticated gourmets, both among the local population and among tourists.

Countless recipes from camel meat are known among the peoples of Asia, it is no coincidence that it is in great demand and is often in short supply. There it is usually smoked and dried with various spices, but the most popular dish is camel stew with vegetables. In this case, the most valuable is the camel meat from humps, and smoked camel humps – the peak of delight.

Camel humps are rich in fats, so the lard obtained from them is reheated to obtain camel fat, which is used in cooking in the same way as we use pork fat. Moreover, in places where camels are spread, this fat is valued higher than lamb and beef fat.

Meat from various parts of a camel’s carcass can be eaten: from the tongue to the hind limbs and tail. The taste of camel meat is very similar to the taste of beef, except that the camel meat is softer and juicier.

Camel meat can be boiled, fried, stewed, baked, salted, etc. Not being versed in the delights of oriental cuisine, you can use it for cooking soup, making stews, shashlik, shawarma, barbecue, dumplings, chebureks, whites, etc.

The meat of a young camel is cooked for 45-55 minutes, for a middle-aged and old one – up to 4 hours. In the latter case, to shorten the cooking time and make the meat tender, marinate it in vinegar for 3 hours before cooking.

Camel meat is a dietary meat, because its calorie content is only about 160 kcal / 100 g. Boiled meat contains less moisture (!) And therefore more calories than raw meat – about 230 kcal / 100 g. It is still much less than that of pork, and all thanks to this that camel meat contains very little fat and, accordingly, cholesterol.

Thus, camel meat is recommended for people with overweight problems and cardiovascular diseases. But in the latter cases, it is best to eat boiled and stewed (but not fried) camel meat. Smoked and dried camel meat is harmful.
Camel meat contains a variety of nutrients. It is rich in vitamins and minerals.

The protein content in camel meat is higher than in many other meat foods, which is very important in case of protein deficiency, exhaustion, muscular dystrophy, anemia, etc.
Camel is very rich in so-called heme iron, which is perfectly absorbed by the body. Therefore, camel meat not only raises the level of hemoglobin, but also protects the body from various diseases by increasing immunity.

Camel meat contains a lot of potassium, the lack of which is found in most of the world’s population. Zinc, which is part of the meat of this animal, promotes cell renewal, accelerated growth, increases potency and has a beneficial effect on the nervous system.

Camel meat is rich in substances useful for the skin and mucous membranes. It improves digestion, reduces the formation of black bile, stimulates the pancreas, thereby helping to normalize blood sugar levels. In addition, camel meat has antioxidant and anti-inflammatory effects.

The camel’s liver and kidneys are literally “stuffed” with vitamin B2 (riboflavin), which is essential for the functioning of many body systems, but especially the nervous one.

Contraindications to the use of camel meat

There are no specific contraindications to eating the meat of these animals. Therefore, you need to focus only on the individual tolerance of the product.

Camel meat with onions and potatoes in a brazier