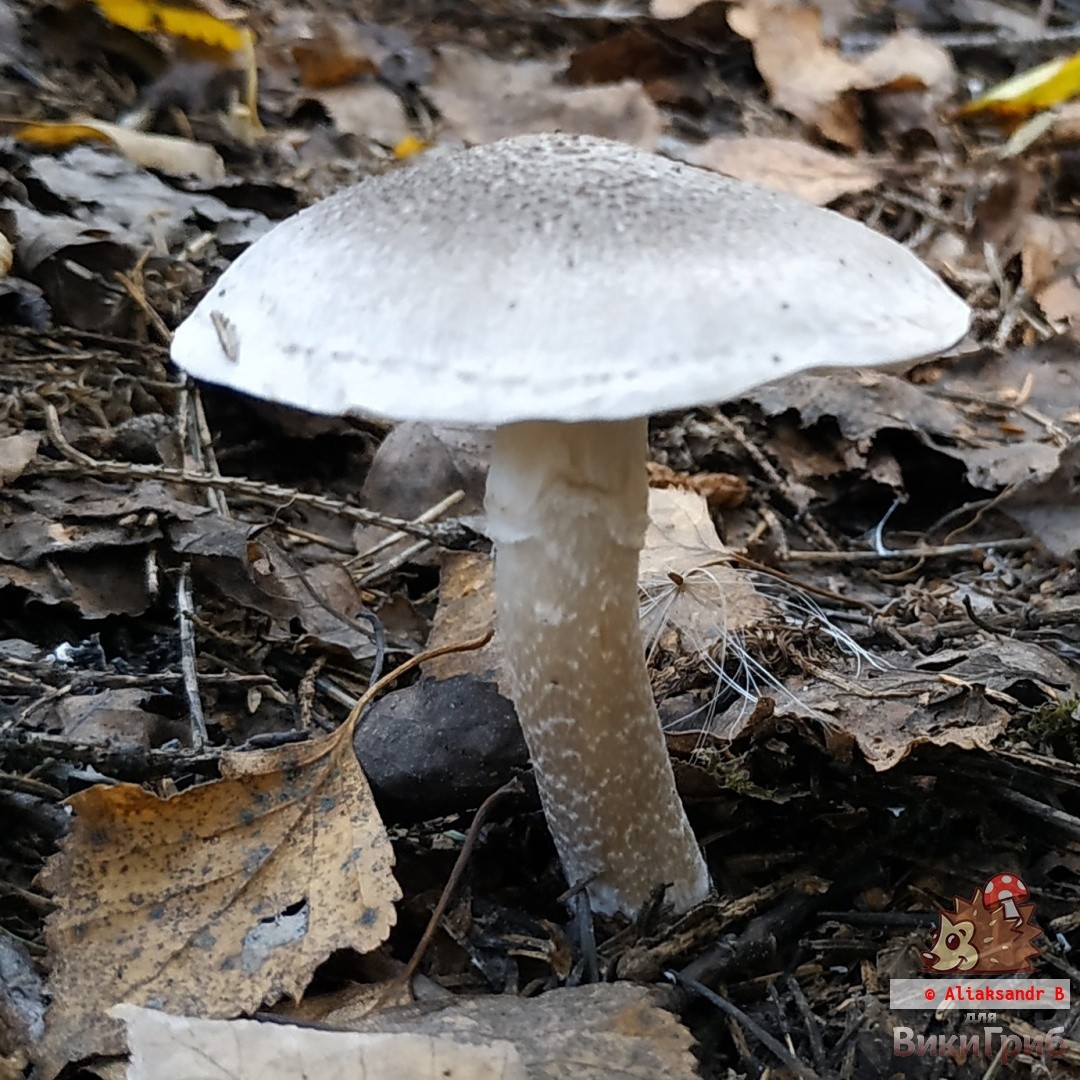 head: Three to seven centimeters in diameter. Hemispherical or convex, then almost flat with a tubercle. May crack with age. Dry. Covered with small, darker felt scales that may form a blurry circular pattern. The color of the cap is pale gray or gray-beige with a light border around the edge. 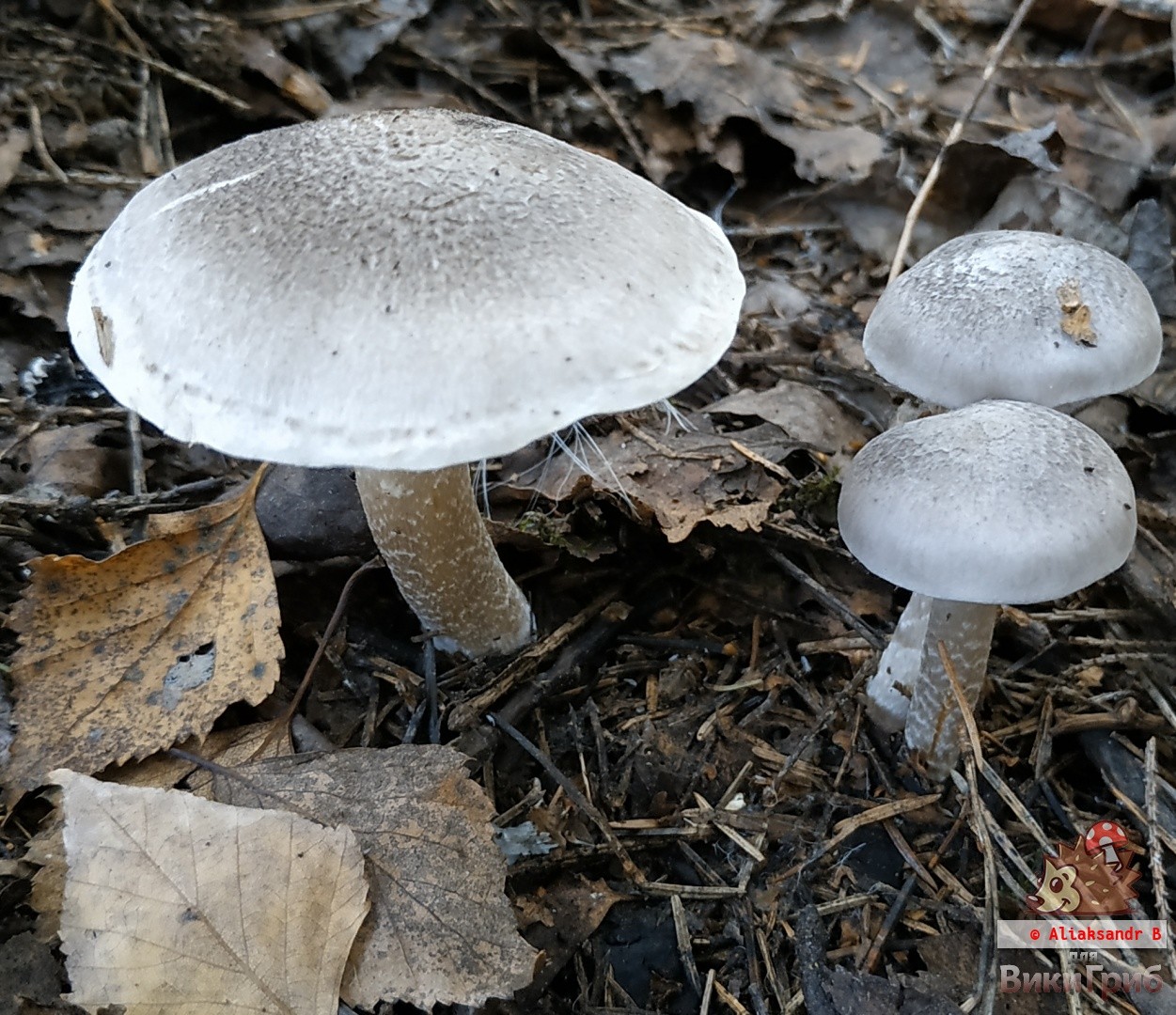 plates: Frequent, weakly adherent. White, but over time can become a gray-cream or yellowish tint.

Cover: The plates of young mushrooms are covered with a woolly, white private veil. After opening the hat, the coverlet remains in the upper part of the leg in the form of a felt ring. The ring may become faint with age.

Leg: 3-8 cm long and up to a centimeter thick. Cylindrical. Mostly straight, but sometimes curved. A distinctive feature of the belted row is a felt ring, which is located at the top of the leg. The upper part of the leg is smooth and light. The lower one is darker with brown tints, scaly. May become hollow with age. 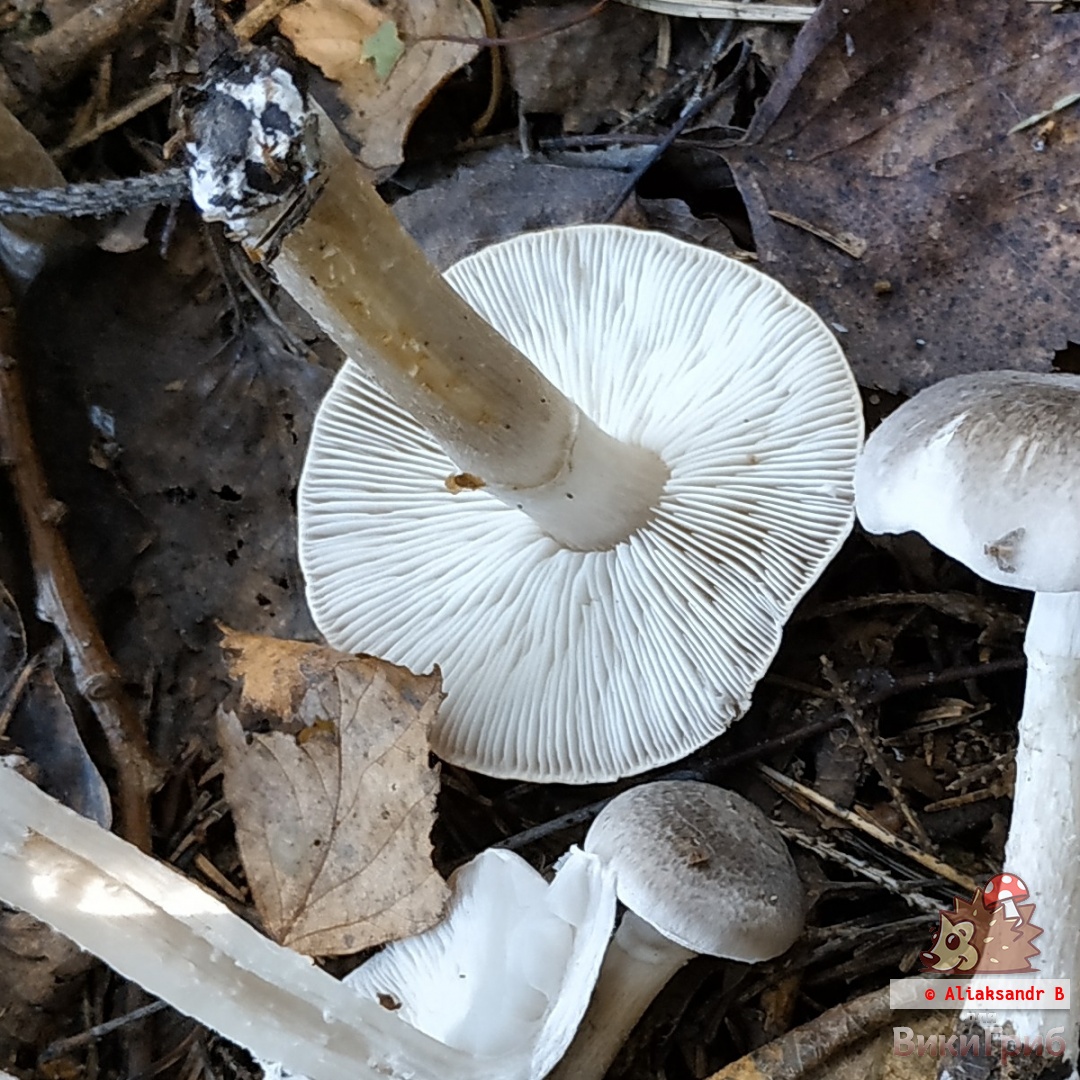 Pulp: White or yellowish white with age. Fragile. On a break, it can slowly turn yellow, especially in mature mushrooms.

Smell: Mealy. Can be quite strong.

It is rare, but can grow in a fairly large group. Prefers moist sandy soils. Grows in thickets of bushes, on edges and roadsides.

A distinctive feature of the fungus is its attachment to willows. It forms mycorrhiza with willows.

But there are references that can be found under poplars and birches.

From the end of July to October.

Ryadovka belted has a fairly wide geography of distribution. It is found in North America, Asia and, of course, in Europe. From Scandinavia and the British Isles to Italy. From France to the Middle Urals. However, not often.

It is included in a number of Red Books of European countries, for example, Austria, Germany, Hungary, Italy, Latvia, Norway, Czech Republic, France. In Our Country: in the Red Book of the Krasnoyarsk Territory.

Information about edibility is contradictory. Many European reference books define it as edible. In , in the majority, the definition of “not edible” has been fixed.

It is worth noting that no toxic substances were found in it.

The author of this note considers a row of rows girded with a normal edible mushroom. However, we, nevertheless, play it safe and carefully place Tricholoma cingulatum under the heading “Inedible Species”. 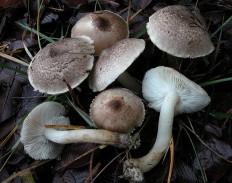 Closest in appearance. It is distinguished by the absence of a ring on the stem and is not tied to willows. 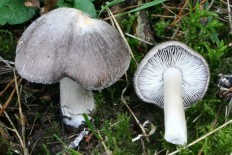 Due to the large number of small scales, its cap is silky to the touch and more evenly colored than that of the Belted Row. And of course, its main difference is the absence of a ring. In addition, Ryadovka earthy-gray prefers to grow under coniferous trees. 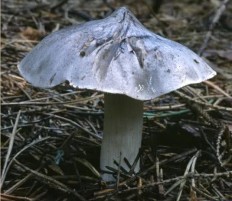 It is distinguished by the presence of a sharp tubercle on the cap, a more uniform gray color and the absence of a ring on the stem. 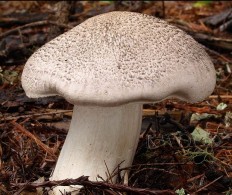 More fleshy mushroom, with darker and more pronounced scales on the cap. The ring is missing.

How to open a “vegetarian establishment”