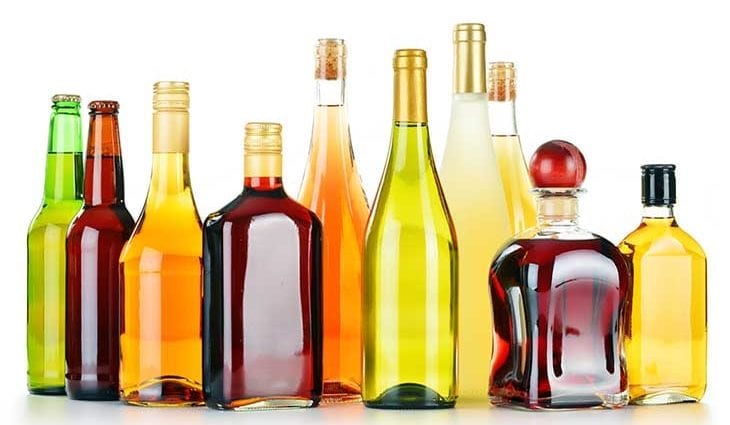 Alcohol or spirit (from lat. spiritus – spirit) – is an organic compound having a diverse and extensive class. The most popular and widely used are ethyl, methyl and phenylethyl alcohols. Different types of alcohol are possible not only to obtain in the laboratory but also in nature.

They are contained in plants’ leaves (e.g., methyl), naturally fermented organic foods (ethanol) in essential plant oils. Some vitamins are of alcohol class: A, B8, and D. Alcohol in normal physical conditions have a transparent color, sharp characteristic odor, and taste. It is a good solvent for oily and fatty substances. The strength of alcohol varies from 95,57 to about 100.

Drinks containing alcohol known to humankind since ancient times. There is historical evidence that more than 8 thousand years BC, people used fermented fruit beverages and aware of their effect on the body. First rich in a high percentage of alcohol drink was made by the Arab chemists 6-7 centuries AD. In Europe, people produced the first ethanol in Italy in the 11th-12th centuries. On the Russian Empire territory, the first alcoholic drink was brandy, which was brought in 1386 by the Genoese ambassadors. However, 100% alcohol was obtained in Russia by chemical experiments only in 1796 by chemist Ie Lovecam.

There are two main industrial methods of producing ethyl alcohol, synthetic and natural fermentation. The most popular is the second method. As raw materials, manufacturers use fruits, cereals, potatoes, rice, corn, starch, cane sugar-a raw. The reaction of the alcohol formation begins to occur only in yeast, enzymes, and bacteria. The production process has several stages:

At home, the proper alcohol concentration is practically impossible to obtain.

Alcohol is widely used in various industries. It is popular in medicine, perfumery and cosmetic industries, food, distillery, and chemical industries.

Alcohol has a large number of useful properties and applications. It has an antiseptic and deodorant effect, used for disinfection of medical instruments, skin, and hands of health care workers before the operation. Also, alcohol manufacturers add as a defoaming agent to the device of artificial ventilation of air and are popular as a solvent in the manufacture of medicines, tinctures, and extracts. In the alcohol industry, manufacturers use alcohol to fasten alcoholic beverages and food as a preservative and solvent natural colors and flavors. 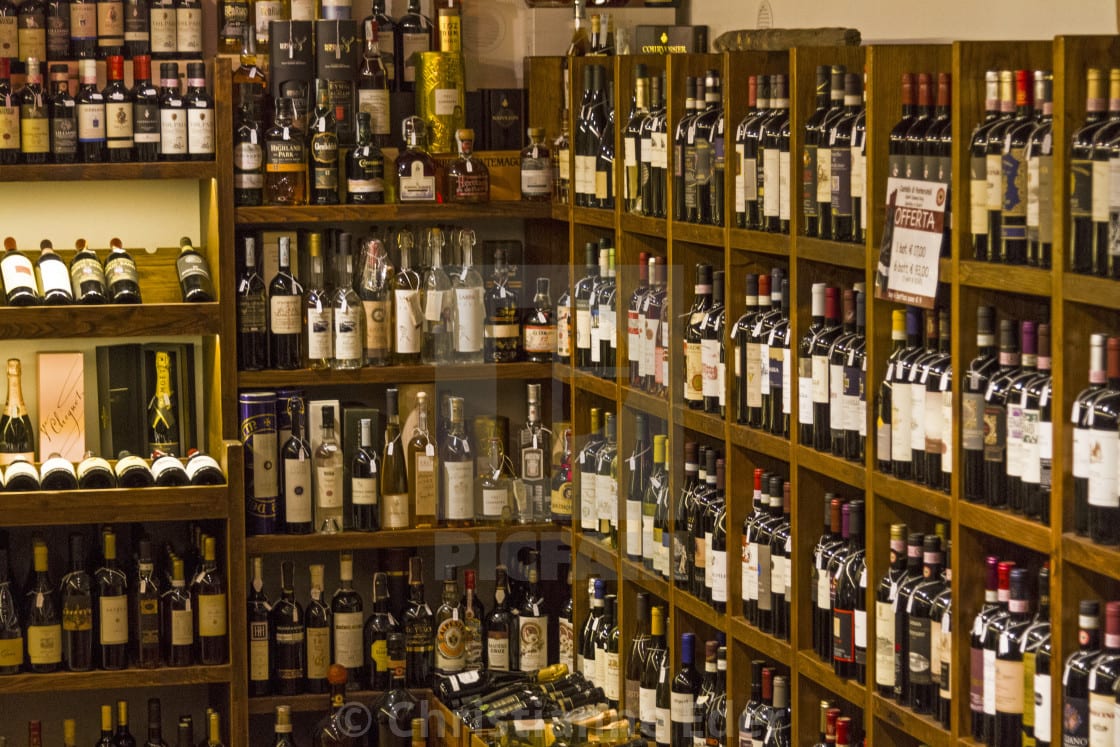 In folk medicine, they use rubbing alcohol at a high temperature, warming compresses, and making medicinal tinctures. I.e., alcohol in its pure form is an empty drink ennobled by its infusion of herbs and fruit.

To treat respiratory, throat colds, flu, and bronchitis, it is necessary to use the tincture on the eucalyptus, calendula, and Kalanchoe. All the ingredients take in a volume of 100 g. Thoroughly crush and pour in half a liter bottle with alcohol. Leave for three days in a dark place. Ready infusion mix with warm water in proportion 1:10 and gargle no less than 3 times a day.

In case of disease

In case of hypertension, heart disease, and blood vessels, you can use a tincture of rose petals (300 g), grated red beet (200 g), cranberry juice (100 g), juice of one lemon, liquid honey (250 g) and ethanol (250 ml.). All components thoroughly mix and leave to infuse for 4-5 days. The ready tincture should take 1 tablespoon 3 times a day.

To narrow dilated veins – do the rubbing and compresses of tincture of horse chestnut. To prepare, you should crush 6-10 medium chestnuts and cover them with alcohol (500 g). Infuse the mixture within 14 days in a dark place. Finished medicine applies with massaging movements 3 times a day on legs with pronounced veins and to ingest 30 drops 3 times a day. The course of treatment is around a month.

A good remedy is a tincture of the fruit of barberry. Fresh or dried fruit (2 tbsp) pour with the alcohol (100 g.) and infuse it for 14 days. The ready infusion takes in a volume of 20 to 30 drops diluted in 50 ml of water 3 times a day. The effectiveness of the treatment begins to appear after 15 days of systematic intake.

The dangers of alcohol and contraindications 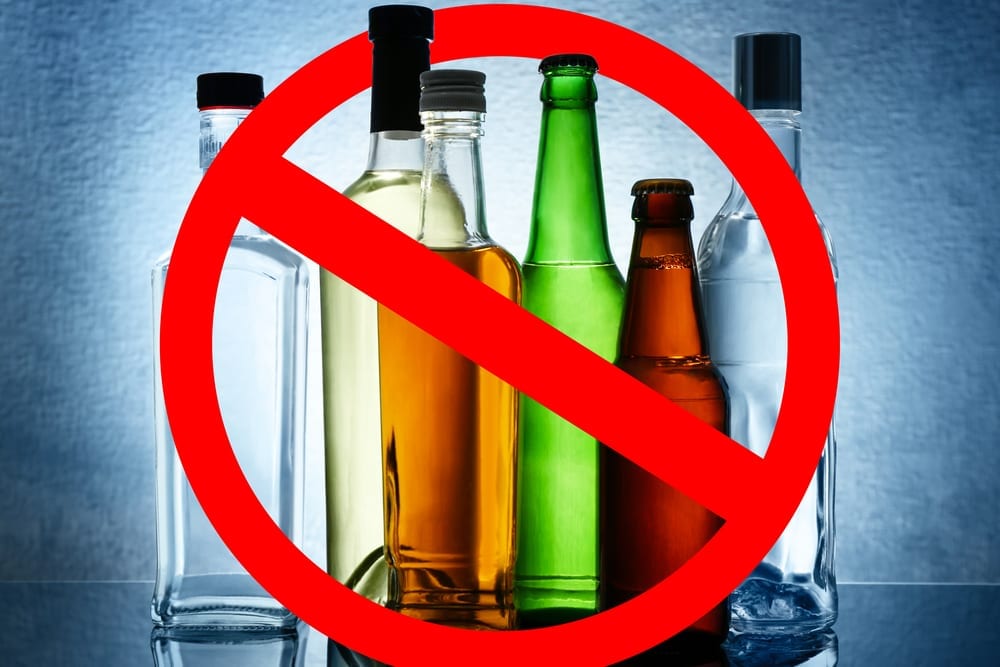 Alcohol used in the industry (ethanol, methanol, isopropanol), long-term inhalation exposure can lead to the onset of lethargy, a narcotic effect, or death. The probability of a particular outcome depends on the inhalation of vapors, from 8 to 21 hours.

Methyl alcohol for internal consumption has the strongest poisoning effect, which adversely affects the nervous (twitching, convulsions, seizures), cardiovascular (tachycardia) systems. It affects the retina and optic nerve, causing total blindness. The ingestion of more than 30 g of this alcohol occurs death.

Ethanol is less dangerous but also has several negative effects on the body. First, through the mucous membranes of the stomach and gut is rapidly absorbed into the blood, the concentration reaches the maximum for 20-60 minutes after ingestion. Secondly, a twofold effect on the nervous system: first, inducing a strong excitement and a sharp depression. Thus in a large number die and degrade cells of the cerebral cortex. Thirdly, the disturbed function of internal organs and systems: liver, kidneys, gallbladder, pancreas, and others.