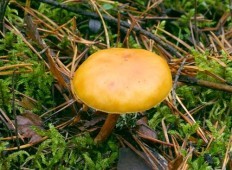 Sometimes two forms of the urban cobweb are conditionally distinguished, which differ in external signs and habitat.

According to the intrageneric classification, the described species Cortinarius urbicus is included in:

head 3 to 8 cm in diameter, hemispherical, convex, quickly becomes convex procumbent and almost flat, very fleshy in the center, with or without a broad central tubercle, with a mica surface when young, with a tucked edge, with silvery fibers, slightly hygrophanous , often with dark watery spots or streaks; silver gray, light brown or brown, fading with age, grayish beige when dry.

Gossamer Blanket white, not very dense, often leaving a thin shell on the lower part of the stem at the beginning of the growth of the fungus, subsequently remaining in the form of an annular zone. 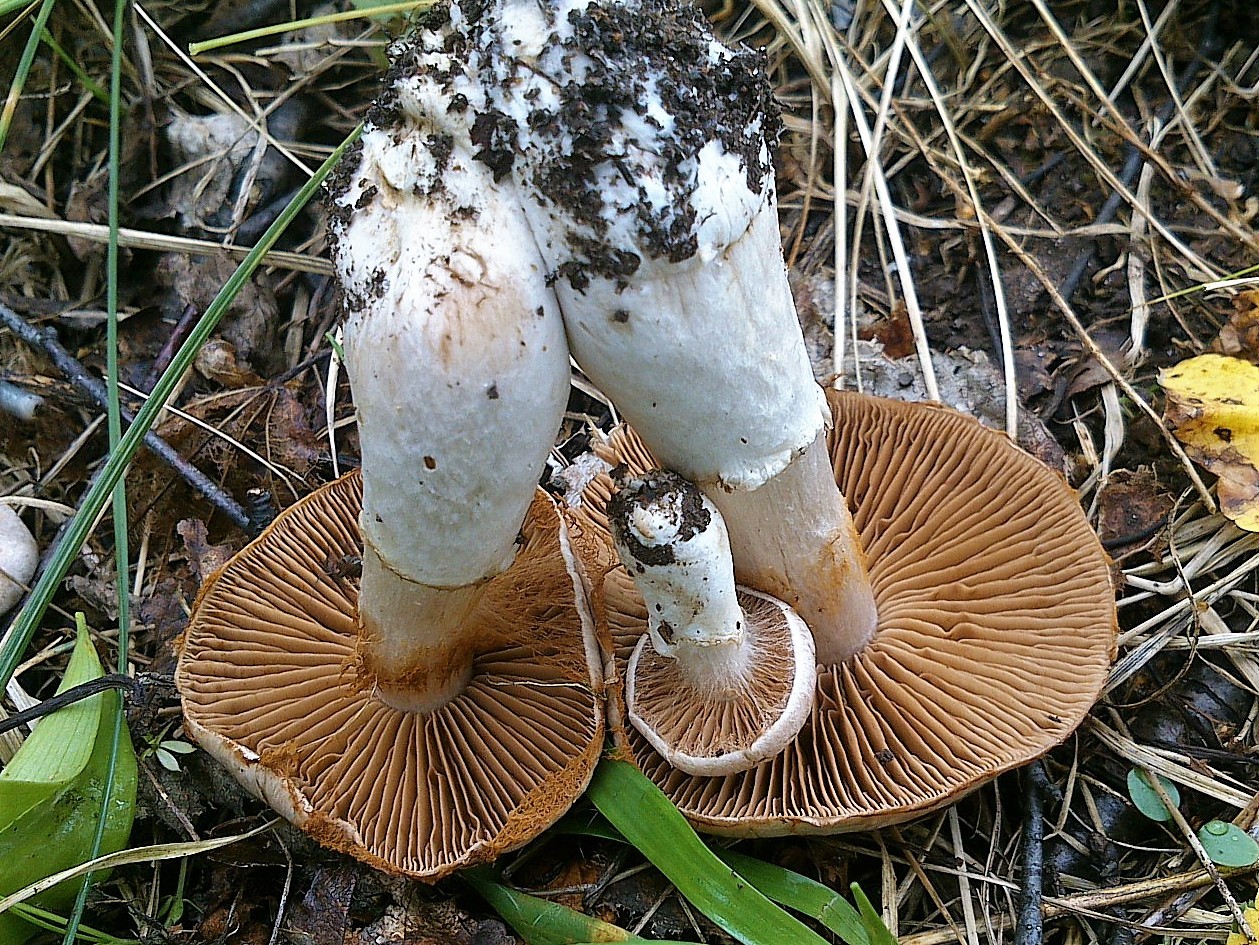 Records usually not very dense, attached to the stem, pale grayish, ocher-beige, yellowish, brownish, then rusty brown, with a lighter, whitish edge; may be grey-violet when young. 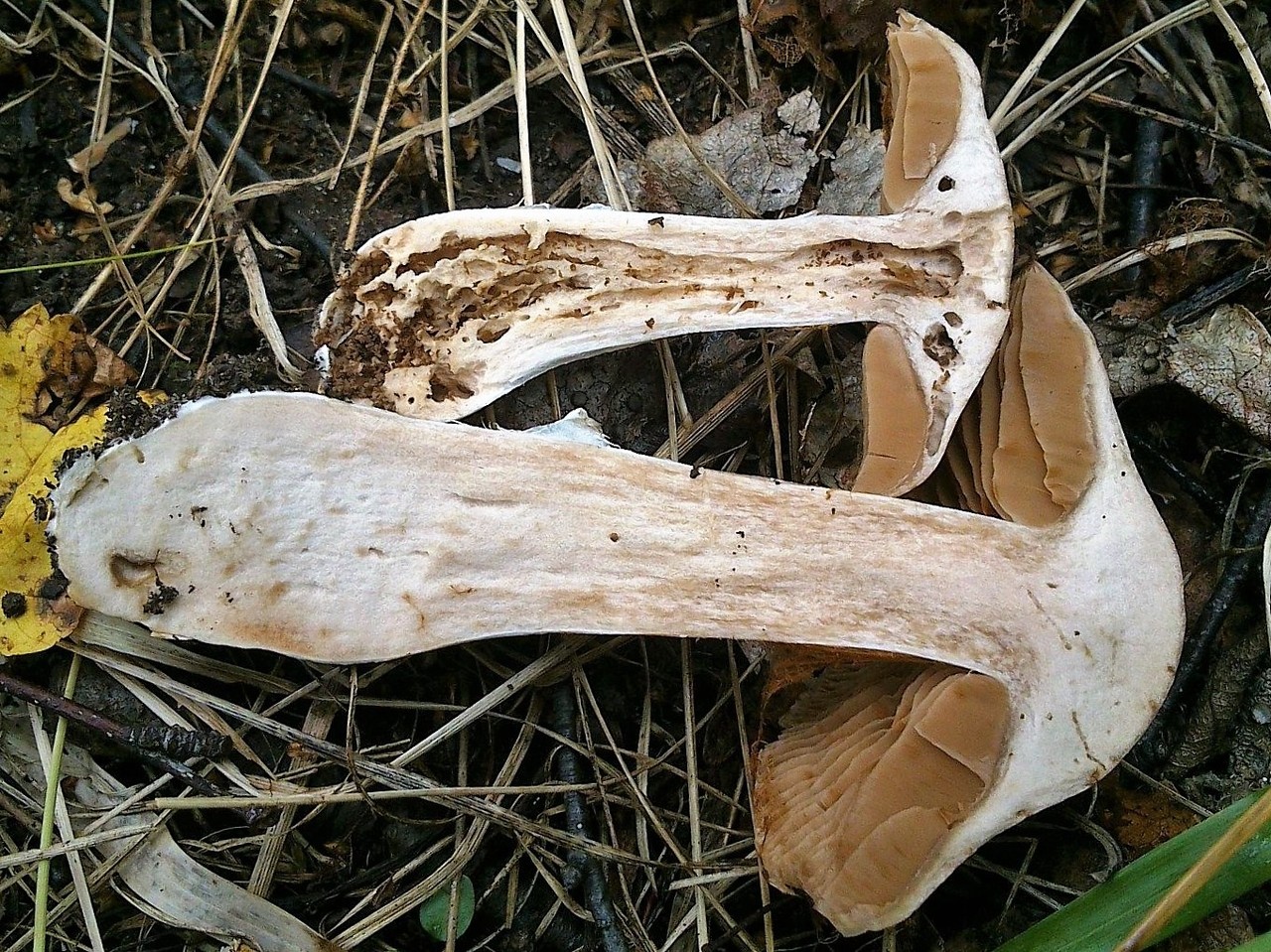 Pulp thick closer to the center, thinning towards the edge of the cap, whitish, pale buff, gray-brown, sometimes purple at the top of the stem.

Smell inexpressive, sweetish, fruity or radish, rare; often there is a “dual” smell in the fruiting body: on the plates – a weak fruit, and in the pulp and at the base of the leg – radish or sparse. 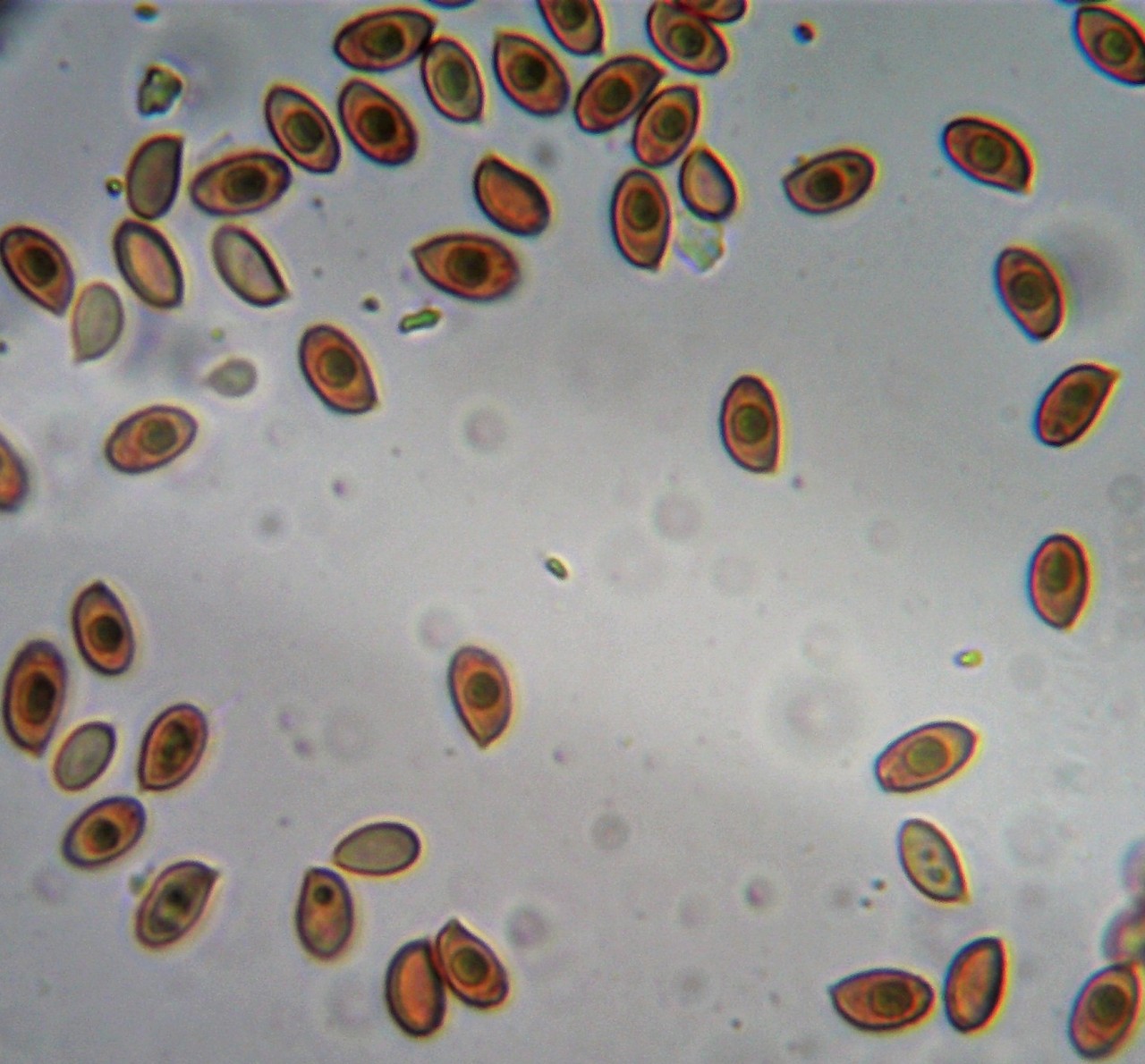 Grows in moist forests, swampy areas, in grass, under deciduous trees, especially under willow, birch, hazel, linden, poplar, alder, often in groups or clusters; as well as outside the forest – on wastelands in urban settings.

It bears fruit quite late in the season, in August – October.

The following can be mentioned as similar species.

Cortinarius cohabitans – grows only under willows; many authors consider it as a synonym for the dim cobweb (Cortinarius saturninus). 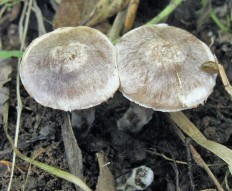 Often found together with the urban cobweb, it can also grow in groups in urban environments. It is distinguished by the predominance of yellowish-reddish, brown and sometimes purple tones in the color of the fruiting bodies, a characteristic rim of the remains of the bedspread along the edge of the cap and a felt coating at the base of the stem.