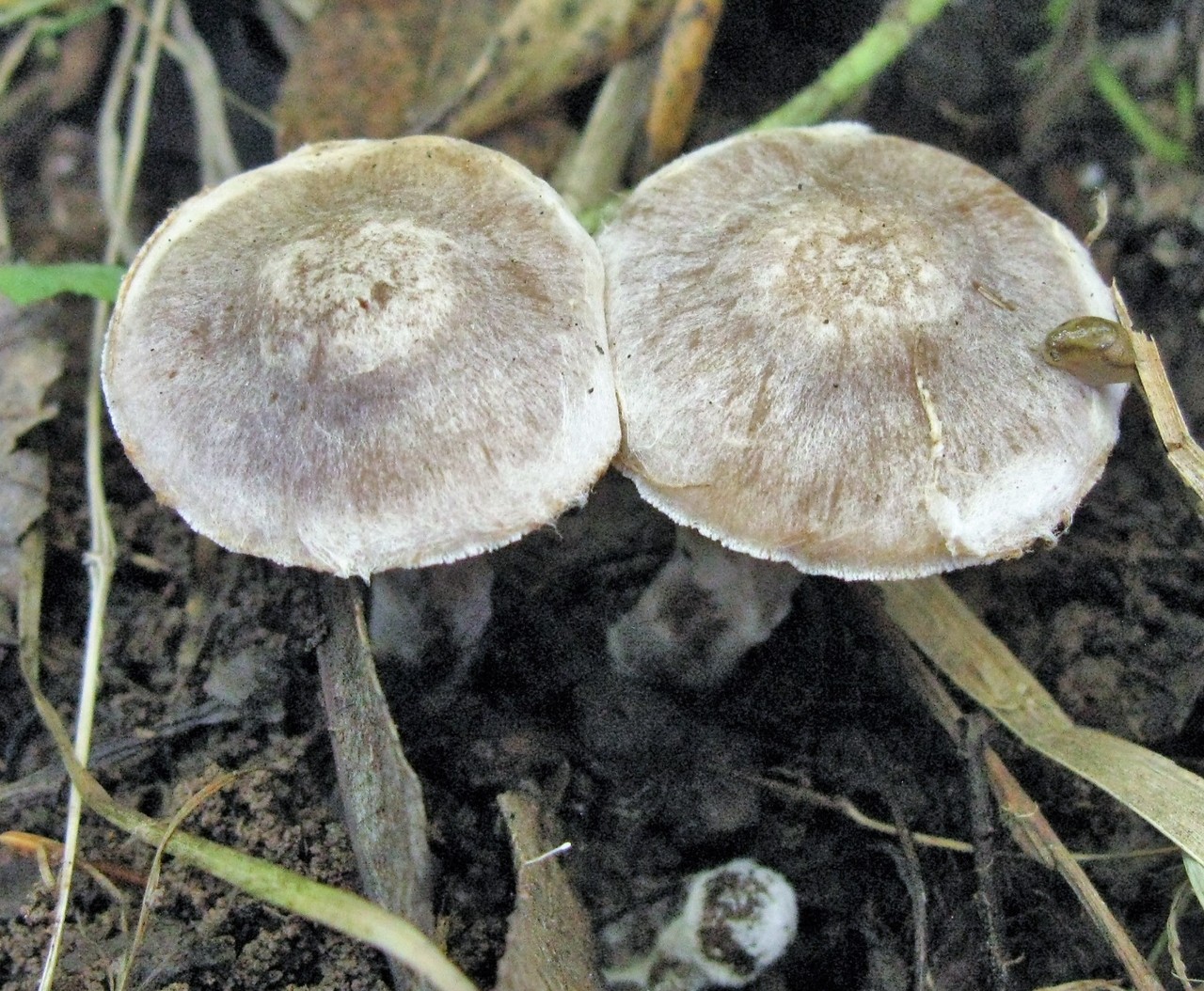 According to the intrageneric classification, the described species Cortinarius saturninus is included in:

Cortinarius saturninus is an extremely variable species and is most likely a species complex; this explains the large number of its synonyms.

head mushroom 3–8 cm in diameter, conical, bell-shaped or hemispherical, then flattened with a slightly tucked and wavy margin, sometimes with a wide tubercle, hygrophanous, fibrous at first, later smooth; silver-shiny, yellow-brown, reddish-brown to chestnut-brown, sometimes with a violet tint; with characteristic silvery-white fibers from the remains of the bedspread along the edge, which remain there for a long time and form a kind of “rim”.

In wet weather, the hat is sticky, dark brown; when dried, it is pale ocher, yellowish-orange, ocher-brown, sometimes forming radial stripes in the form of rays. 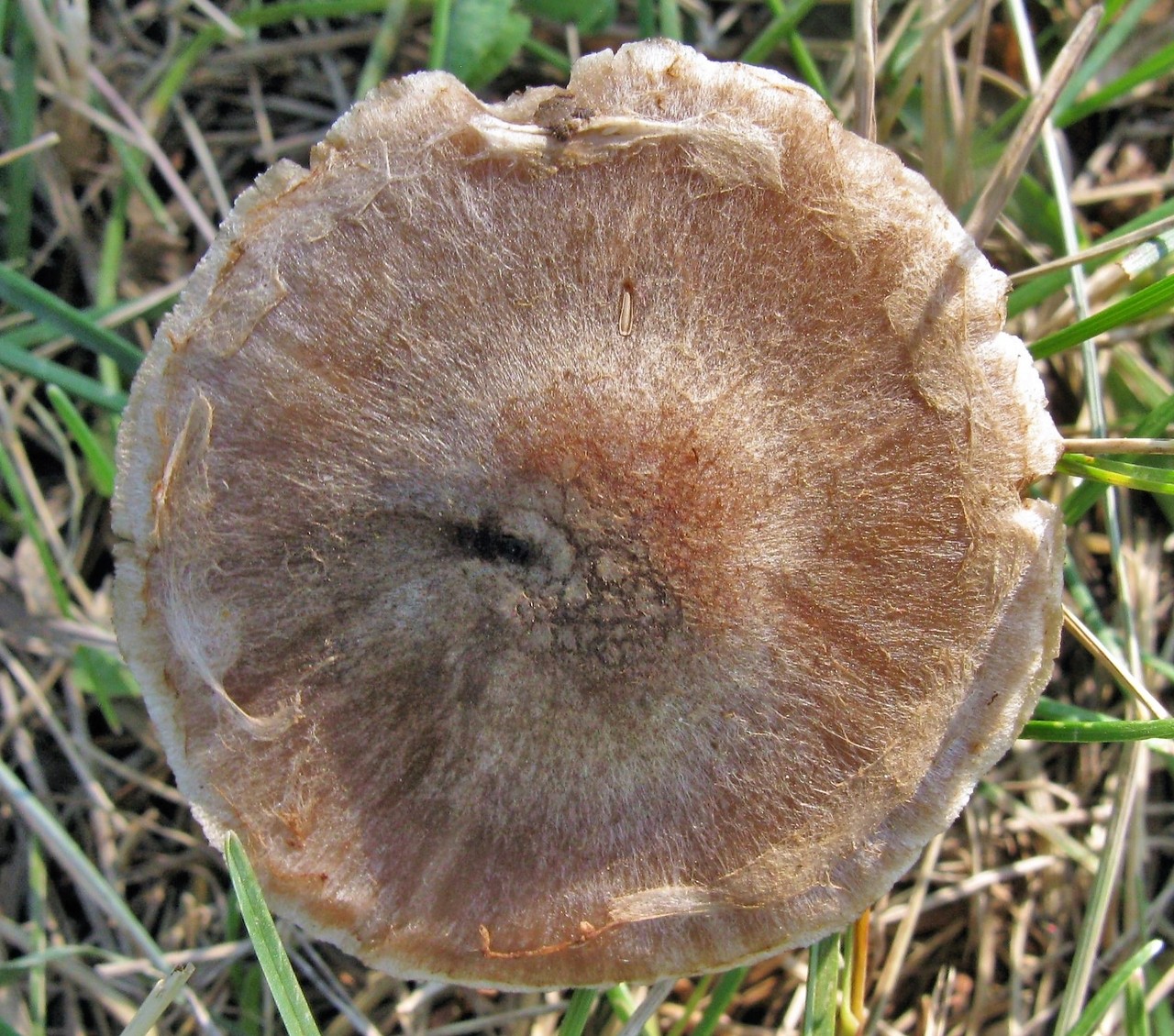 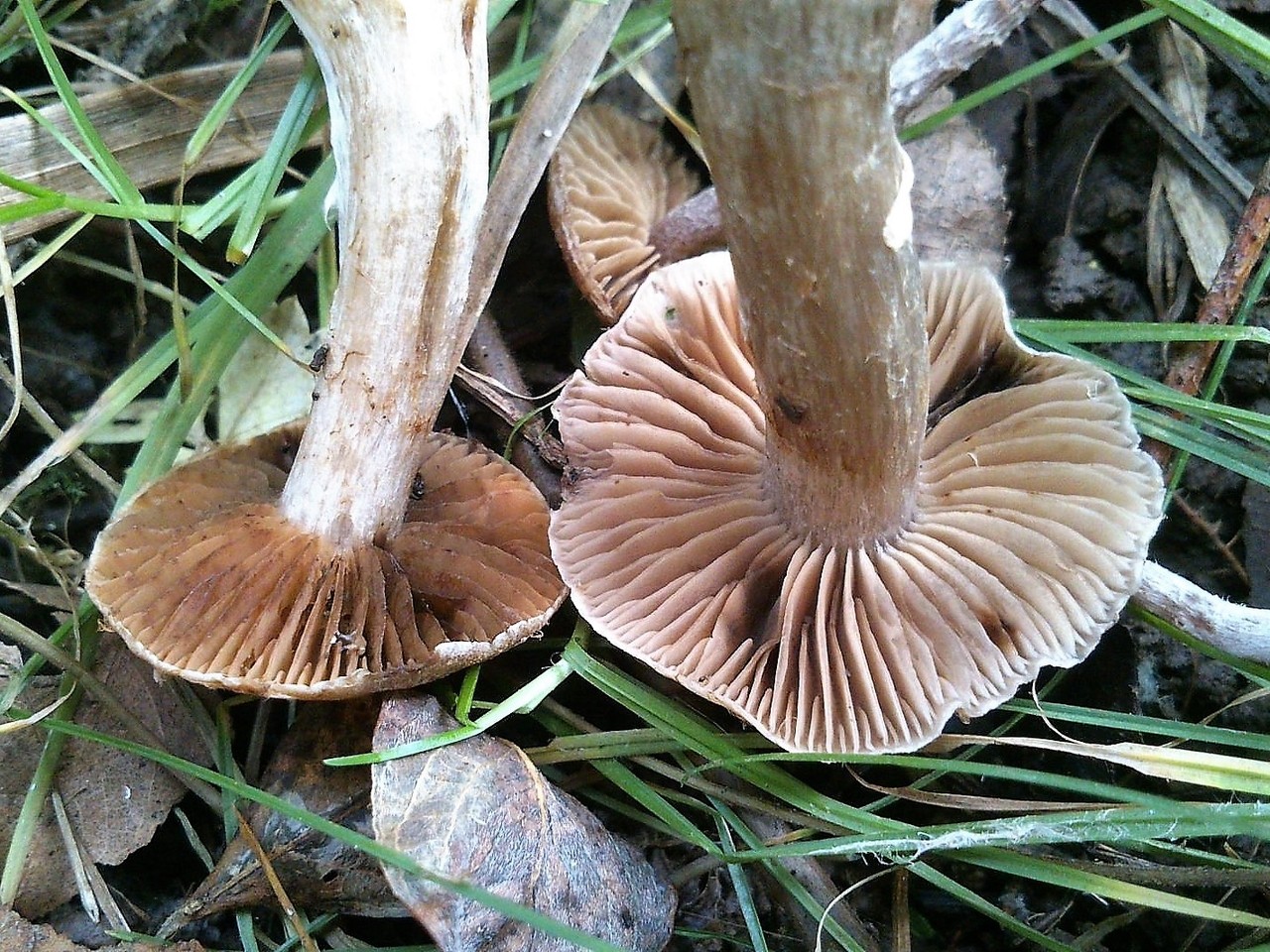 Leg 4–8 (10) cm high, 0,5–1,2 (2) cm wide, solid, rigid, cylindrical with a slightly thickened base or sometimes with a small “onion”; longitudinally fibrous with a rapidly disappearing girdle or annular zone, at the base with a felt coating; whitish, later ocher, grayish-brown, grayish-violet, often purple in the upper part. 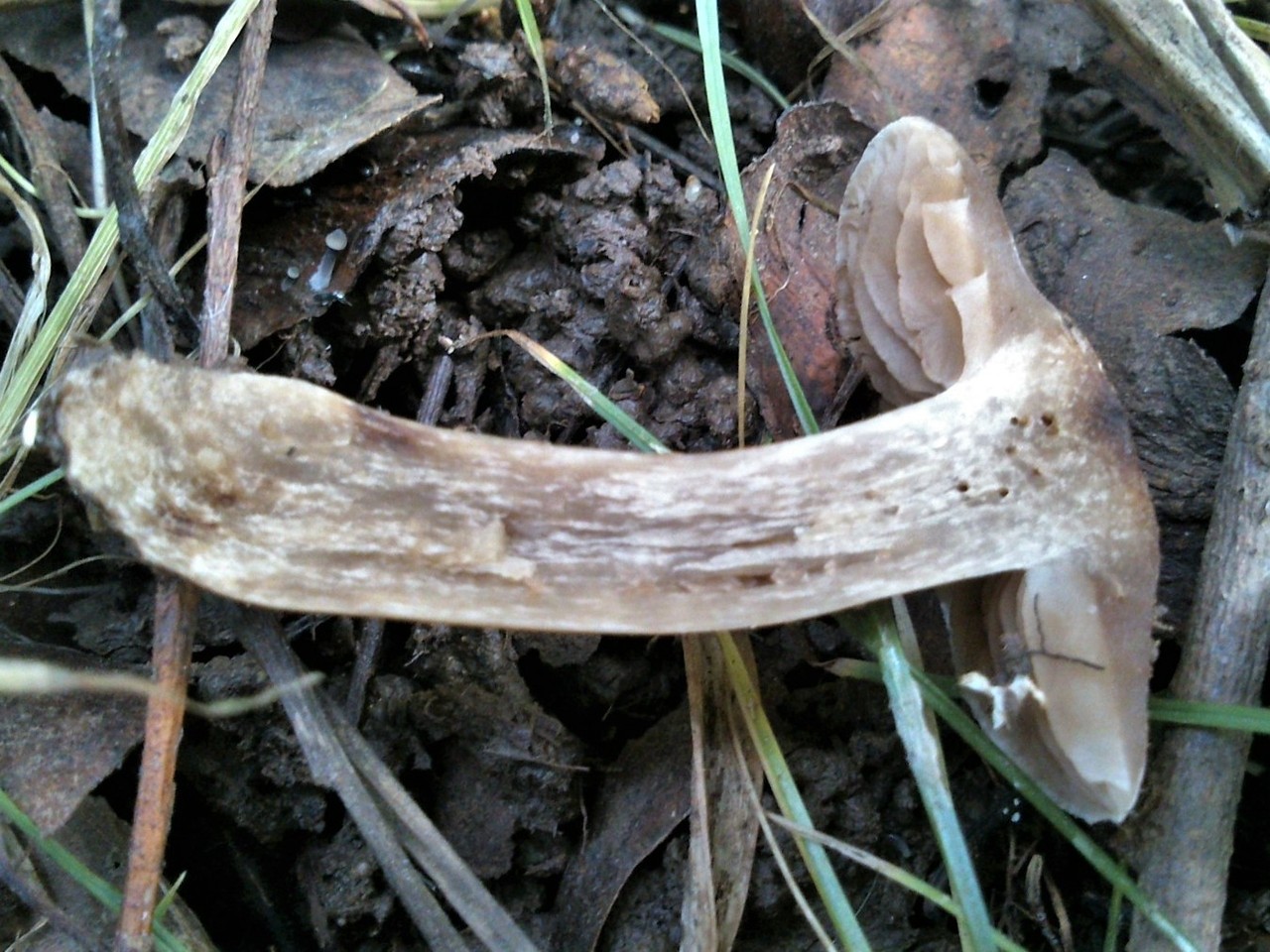 Pulp creamy, with grayish, brown or purple (especially at the top of the stem) shades.

The smell of the fungus is unexpressed or rare; the taste is usually mild, sweet.

Споры 7–9 x 4–5 µm, elliptical, moderately warty; The size of the spores is very variable, making it difficult to accurately determine. 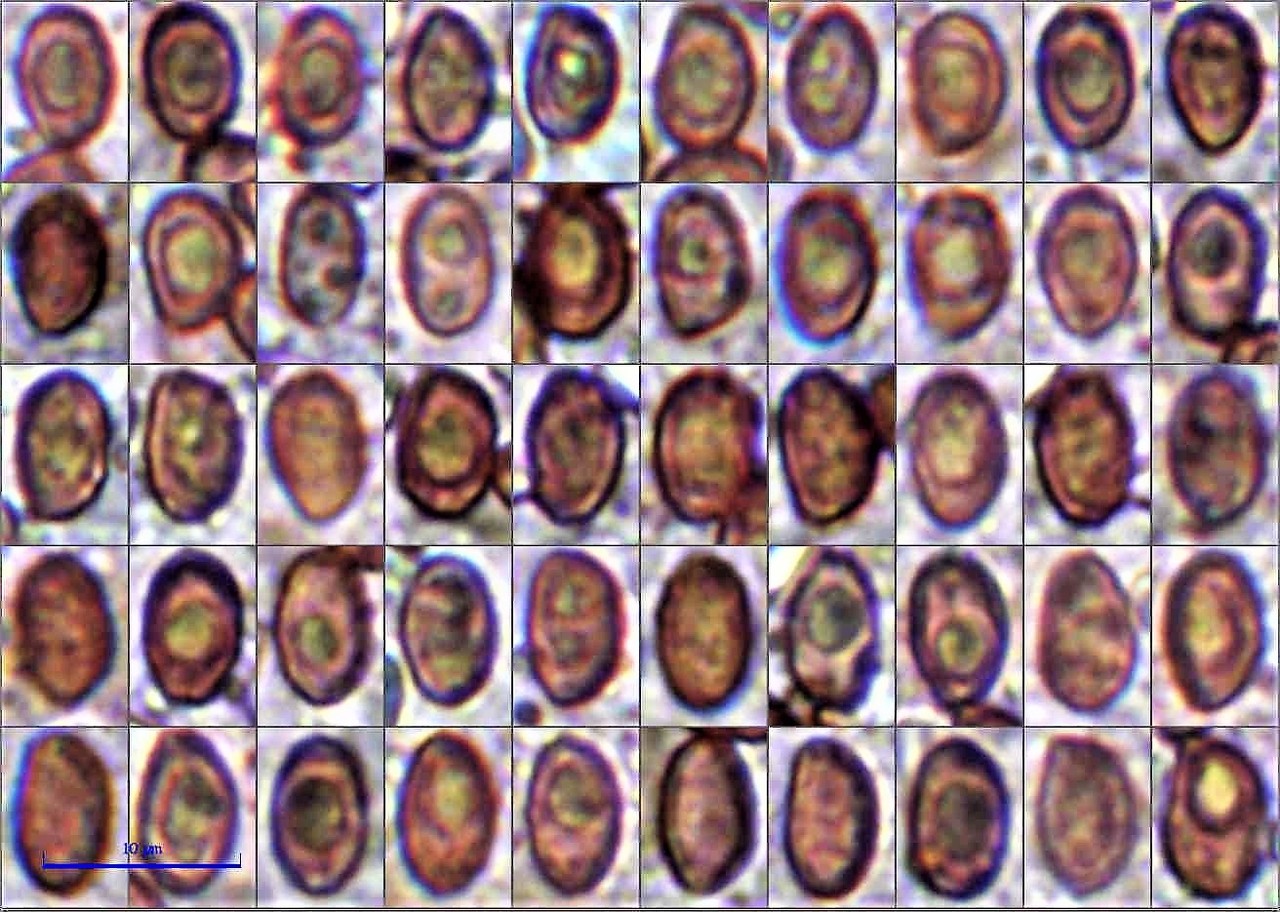 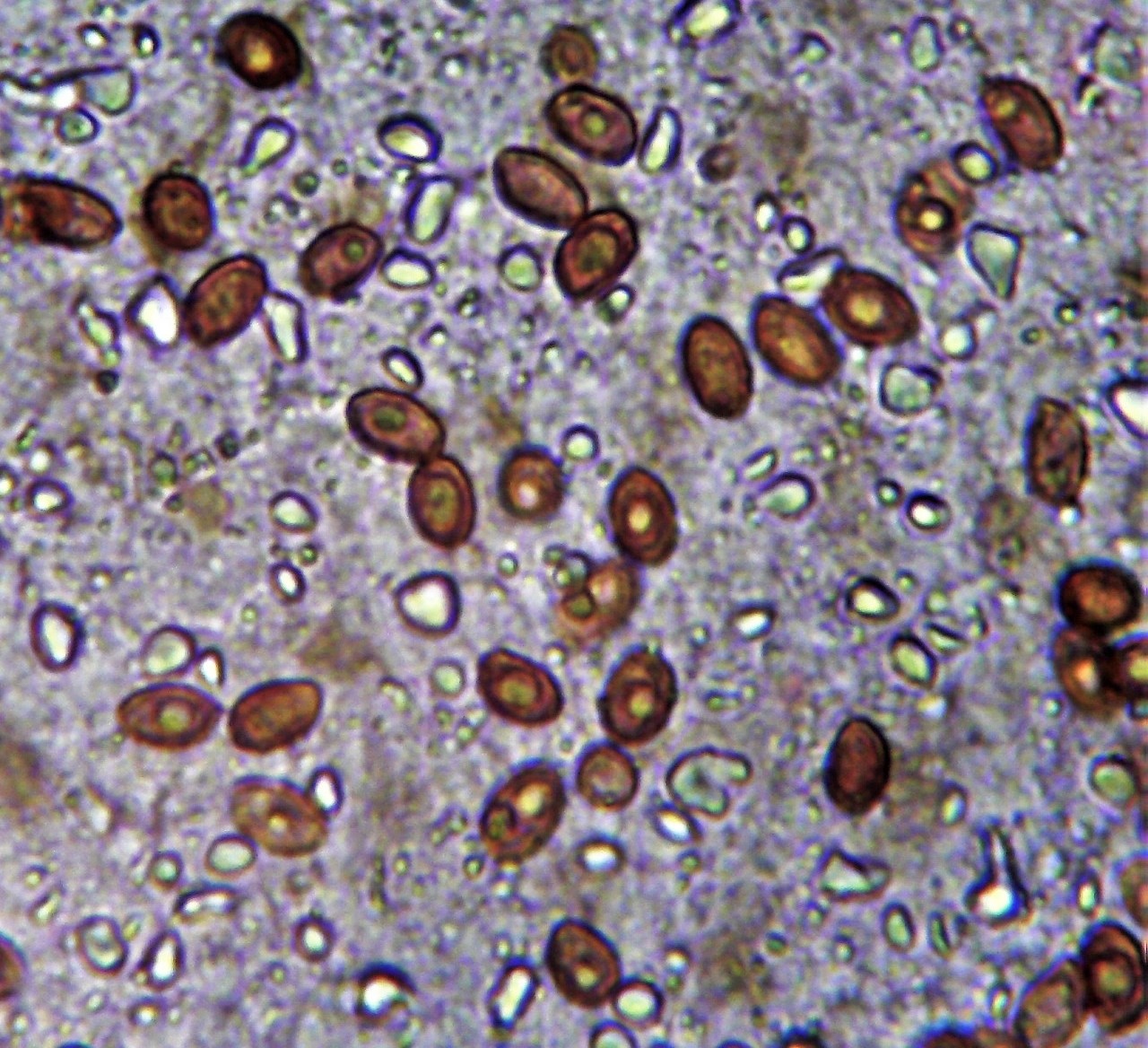 KOH on the cuticle (cap skin) – brown to blackish; on the pulp of the fruiting body – watery light brown or brown.

Exicatum (dried copy): hat is dirty brown to blackish, the leg is gray.

Cobweb dull is found in deciduous forests under willows, poplars, aspens, birch, hazel and other deciduous trees, and possibly spruce; usually in groups, often in urban areas – in parks, on wastelands, on roadsides.

From July to October.

Inedible; according to some reports, may contain toxins.

Several similar types can be distinguished. 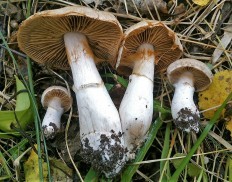 It can also grow, as the name implies, within the city; differs in a hat with a grayish tint and dense pulp, as well as a dual smell.

Two-shaped cobweb (Cortinarius biformis) – smaller, with a small amount of fibers on the fruiting body, with a pointed and slightly ribbed cap along the edge, sometimes with brick-red, rather rare plates in youth; has a more slender and longer stem with ocher-yellow bands and a characteristic narrow purple zone at the top of it, grows in coniferous forests (under spruce and pine), does not form aggregations.

Chestnut cobweb (Cortinarius castaneus) – somewhat smaller, distinguished by the characteristic dark chestnut color of the cap with a rapidly disappearing cortina and lilac-reddish hues of young plates and the upper part of the stem; grows in forests of any type.

Forest cobweb (Cortinarius lucorum) – larger, differs in more saturated violet tones in color, a plentiful whitish bedspread, leaving a felt rim along the edge of the cap and a shell at the base of the leg; sparse notched-grown plates, yellow-brown flesh at the base of the leg and intense purple hues of the pulp at the top of it; grows, as a rule, under aspens.

Cortinarius deceiving var. dark blue – much darker, with a smaller tubercle or without it; found in dry deciduous forests, especially under birches, sometimes under other deciduous trees; according to some sources, it has the smell of cedar wood.

Cortinarius frowned – much smaller this alpine species grows singly in the highlands under willows.

Cortinarius living together – outwardly very similar, found only under willows; many authors consider it as a synonym for the dim cobweb (Cortinarius saturninus).