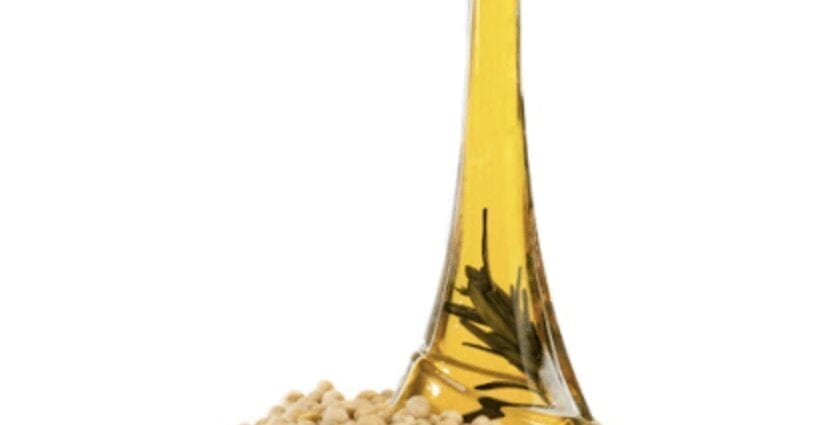 Soybean oil was known to man 6,000 years ago. The technology for its production was first mastered in ancient China, and even then people were well aware of the beneficial properties of soybeans. In China, soybeans were considered a sacred plant, and after a while it began to be cultivated in Korea, and then on the Japanese islands.

In Europe, soy gained popularity in soy sauce, which was imported from Japan, where it was called “se: yu”, which means “soy sauce”. Due to its unique characteristics, soybean oil is currently one of the most popular in countries such as the United States, China and others.

The raw material for it is an annual herb (lat. Glycine max), which is cultivated in more than 60 countries around the world. It is one of the most abundant oilseeds and legumes and is used as raw material for a wide range of food products.

The popularity of soybeans is due to the high percentage of proteins and nutrients, which allows it to be used as an inexpensive and complete substitute for meat and dairy products.

Cold-pressed soybean oil has a bright yellow-straw color, a rather specific aroma. After refining, it becomes transparent, with a barely noticeable pink tint.

As a raw material, only well-cleaned, without signs of fungal infection, mature, sized beans are used. One of the important biochemical indicators in the selection of seeds is the change in the acid number of the kernel oil.

Its growth above 2 mg KOH leads to a decrease in the concentration of crude protein. Another important indicator is the moisture content of seeds, which should not exceed 10-13 percent, which reduces the risk of reproduction of pathogenic microflora, guarantees the safety of the protein component.

Two methods are used to separate oil from seeds:

The mechanical method of oil extraction has some advantages, allowing you to fully preserve the natural properties of the product, ensure its environmental friendliness and safety. In most European countries, oil obtained by chemical extraction is not used to produce margarine or salad oil.

The most common mechanical method is single hot pressing, which yields up to 85 percent of an oil with a pleasant smell and intense color. Hot pressing followed by re-pressing can also be used to obtain up to 92 percent oil.

The most common extraction method is pre-pressing, which involves the partial separation of the oil prior to chemical extraction. The cake obtained in this way is crushed and sent to crushing, after which it is subjected to extraction, which is carried out using organic solvents.

To keep the oil longer and not go rancid, it is purified and refined.

Where is soybean oil used?

Soybean oil is an environmentally friendly natural product, which, when regularly present in the human diet, has a beneficial effect on the activity of the whole organism. Differs in good digestibility (98-100 percent). It is widely used in cosmetology as a moisturizer for sensitive and dry skin.

Promotes the preservation of moisture in the skin, creating a barrier on their surface that protects against adverse external factors. Regular use of soybean oil helps to rejuvenate the skin, making it firmer and smoother, allows you to get rid of small wrinkles. There is a cold-pressed oil (raw pressed), refined and unrefined.

The first is considered the most useful, since the spinning technology allows you to save a maximum of useful components. It has a specific taste and smell, so not everyone will like it. Unrefined oil has a longer shelf life, which is due to hydration processes, and moreover, it also retains most of the nutrients.

It is rich in lecithin, so it helps to normalize brain activity. It is customary to add it to salads, but frying on it is not recommended due to the formation of carcinogenic substances when heated. Refined is odorless and tastes good.

It can be used in the first and second courses, fry vegetables on it. It is a good alternative to other oils, but very few vitamins are retained in it.

One of the most valuable components of soybean oil is lecithin, which normalizes the functioning of cell membranes, provides protection at the cellular level from various negative influences.In addition, the product contains phytosterols in sufficient quantities (they help to reduce the absorption of cholesterol in the digestive tract), B vitamins , E, K, zinc, iron. The calorie content of 100 g of the product is 884 kcal.

The beneficial properties of soybean oil are most pronounced in cold-pressed products, which are most popular. According to doctors’ recommendations, soybean oil should be present in the human diet every day. The beneficial effect of the oil is as follows:

Studies have shown that 1-2 tablespoons daily can reduce the risk of developing heart and vascular diseases by six times. Thanks to the lecithin content, soybean oil has a beneficial effect on the functioning of the brain. A large amount of choline, saturated and unsaturated acids, vitamins and minerals determines its ability to provide a preventive and therapeutic effect in diseases of the cardiovascular system, liver, and kidneys.

Its effectiveness has been proven for the treatment and prevention of cancer, the immune and genitourinary system, etc.

Soybean oil has practically no contraindications for use. Caution should be exercised only with intolerance to soy protein, as well as with a tendency to obesity, pregnancy and breastfeeding.

You can fully feel the beneficial effect of soybean oil only when using high-quality products, the raw material for which is specially selected seeds stored in appropriate conditions, and modern equipment and technologies are used to squeeze the oil.

One of the leading Ukrainian producers of soybean oil and by-products from soybeans is the Agroholding company, it is possible to buy soybean oil at a manufacturer’s price in Ukraine, the product quality of which is confirmed by appropriate certificates.