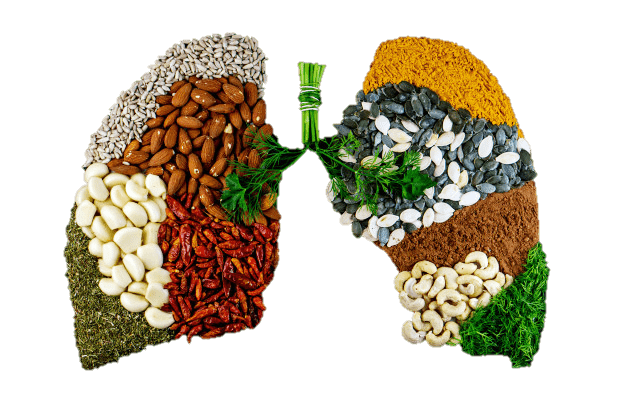 The lungs are the main participants in the body’s gas exchange system. It is thanks to them that a person receives oxygen and is freed from carbon dioxide. According to its anatomical structure, the lungs are two independent halves. The right lung consists of 3 lobes, and the left of 2. The heart is located next to the left lung.

The lung tissue consists of lobules, each of which includes one of the branches of the bronchi. Then the bronchi are transformed into bronchioles, and then into alveoli. It is thanks to the alveoli that the gas exchange function takes place.

Healthy foods for the lungs

So that breathing always remains light and relaxed, it is very important to follow certain rules developed by doctors. Normalization of the lungs, as well as the entire respiratory system, depends on the fulfillment of the following requirements:

Meals, if possible, should be fractional, with a sufficient amount of vitamins and healthy fats. In addition, you need to eat foods rich in organic calcium (cottage cheese, milk, kefir, etc.). Products must be natural!

For the prevention and treatment of lung disease, there is a good recipe for this organ. It is called Kalmyk tea.

To prepare it, you need to take 0,5 liters of milk. Put it on fire. When the milk boils, add 1 tbsp. a spoonful of black tea. Boil until the milk turns light cocoa.

Separately, in a 0,5 liter mug, add 1 pinch of salt, 1 pinch of baking soda, a little bit of butter and honey.

Then, filter the milk, which has acquired the color of cocoa, and pour it into a mug with the prepared composition. Stir and drink hot overnight.

Harmful products for the lungs