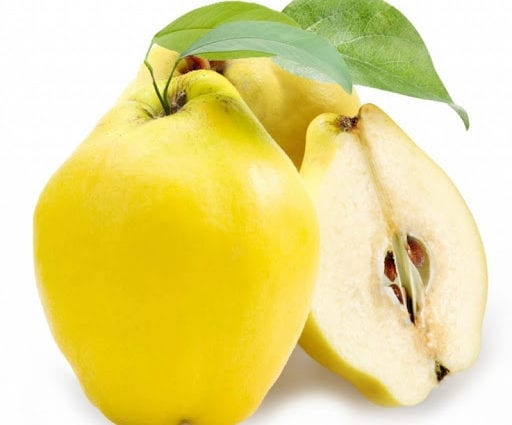 There are 4 known species in the genomeles (quince) genus that grow in China. Japan. As a rule, these are semi-evergreen or deciduous flowering shrubs, they have thorns on their branches. Large orange or brick-red single flowers are very effective. Genomeless fruits resemble apples. They hang quite tightly on the branches.

In gardening, shrubs are best grown in open areas. In dry summers, the plant is responsive to watering. With proper care, a shrub can live for about 85 years. Genomeles reproduces by seeds (freshly picked in autumn), dividing the bush, cuttings, layering.

Grown in gardens in North America and Europe, and used in urban landscaping.

Shrub 3 m tall. The young foliage of this shrub is bronze in color, while the adult foliage turns green. Japanese quince flowers are large, scarlet-red.

In a temperate climatic zone, the shrub blooms in May. The buds of Japanese Genomeles open at different times, and flowering stretches for several weeks. Fruits are round, edible, yellowish-green, ripening in September.

An ornamental shrub no more than 100 cm in height, with arched shoots. Emerald green foliage is densely located on the branches. Brown-red flowers.

The flowering of Genomeles Maulei lasts about several weeks. Low Japanese quince begins to bear fruit at the age of 4 years. The fruits hang on the branches, they ripen just before the frost in October. With its aroma, the Genomeles Maulei fruits resemble pineapple, they are yellow in color. Weigh about 45g.

An ornamental shrub with thorny shoots and shiny green foliage, red when blooming, then green, and turns crimson in autumn.

The beautiful quince blooms in May for about 20 days with large red flowers covering the branches. A light-loving shrub that grows and blooms well on light soils, but also tolerates poor soils with high acidity.

A shrub native to China, a bit like Japanese Genomeles, much less commonly used in landscaping.

Shrub reaching 3 m in height. Blooms in May. Shoots of Genomeles Katayansky are gray-brown. The foliage is lanceolate, purple in spring, brown, green in summer, shiny. The foliage is sharp-serrated along the edge.

The flowers are deep pink in color. Flowering is annual. The fruits are ovoid. Annual shoots of Genomeles katayansky in the middle lane can freeze over.

Quince is a fruit with five multi-seeded nests, spherical or pear-shaped, lemon-colored. Quince is often called the “false apple” because of the external similarity of the fruit. Quince fruits are low-juicy and hard with a tart sweetish taste.

Due to the high content of pectin in quince fruits, the fruit is recommended for people who live in areas contaminated with radionuclides, or work in hazardous industries. Since the most valuable property of pectin is the ability to remove radionuclides from the body.

Quince has an astringent, hemostatic, diuretic and antiseptic effect. Quince can also be consumed during periods of flu activity to reduce the effects of bacteria on the body.

Due to the high iron content, quince fruits are used for the prevention and treatment of anemia, as well as after a long illness.

The pectin compounds in quince help with digestive disorders.

In case of strong mental stress and stress, it is also recommended to eat quince – it contains a large amount of antioxidants.

Quince is not recommended for people with stomach ulcers – the fruit has an astringent and fixing effect, which can lead to spasms and intestinal blockage.

The fluff that covers the fruits of the quince can provoke a cough and damage the larynx.

Also, do not use bones – they contain substances harmful to the human body.

How to eat quince

Raw quince is practically not eaten, since it is quite tart and hard. Basically, quince fruits are used to prepare jam, marmalade, compotes, candied fruits, and bake the fruit.

After heat treatment, boiled or baked quince becomes soft and sweet. Quince is also often added to meat to add a sophisticated flavor to the dish.

When choosing a quince, you need to look so that the fruits are free of damage and scratches, and the color is uniform.

The use of quince in medicine

In medicine, a decoction of quince seeds is used to stop bleeding and as an enveloping agent that reduces diarrhea and vomiting. Quince’s antiseptic properties help relieve sore throat with gargles. There are cases when quince relieved an attack of bronchial asthma and shortness of breath in bronchitis.

In dentistry, mucous broths of quince are used as medicinal applications for gum disease.

Due to the high iron content of quince, it is useful for people with anemia as an additional remedy in the treatment of iron deficiency anemia.

A decoction of quince fruits has a strong diuretic effect, which is shown for edema. In cosmetology, quince is used to soften the skin and relieve inflammation.

The use of quince in cooking

Raw quince is rarely eaten; few people like its sour and astringent taste. But the aroma will enrich the taste of the tea if you put a couple of fresh fruit slices there. Remove raw seeds. Boiling makes bones safe. The skin is always removed entirely, or at least the fluff is removed.

Usually, the fruits are processed into a variety of jams, preserves, ice cream. But quince is delicious not only in sweet dishes – it gives a piquant aroma to meat and vegetables, sour sauces.

How to choose a quince

Choose fruits that are more yellow in color. A green tint can indicate immaturity. The color should be uniform, without spots or dents.

When buying fruits such as quince, the quality of the fruit is mainly determined by its firmness, density and smell. Feel it. The hardness should be moderate (not stone): it decreases during maturation. A pleasant aroma should come from the ripe fruit.

With its apparent strength, quince is quite sensitive to mechanical damage. The resulting dent or smudge from impact can cause rapid deterioration of this product. Therefore, it is important not only to choose the right one, but also to bring fruits without the formation of defects.

Despite the fact that quince is consumed fresh less often than cooked, it is very edible and many people like it for its original astringent taste. If the fruit lays down a little, then it will ripen, become a little softer, even if you store it in the refrigerator.

And by the way, it is better not to use seeds – they are poisonous. But when cooked (boiled, for example), they become safe.