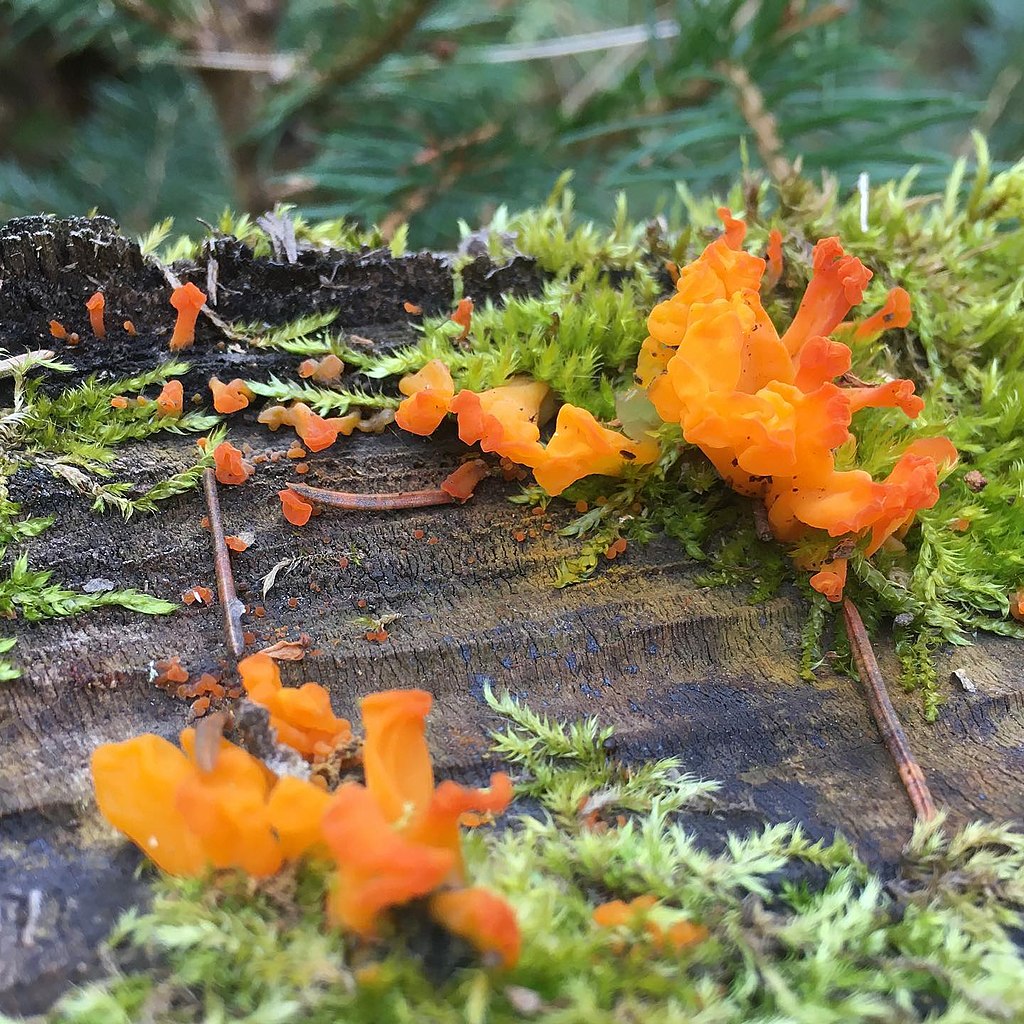 The current name is Dacrymyces chrysospermus Berk. & M. A. Curtis

In 1873, the fungus was described by British mycologist Miles Joseph Berkeley (1803–1889) and New Zealander Moses Ashley Curtis, who gave it the name Dacrymyces chrysospermus.

In some English-speaking countries, mushrooms of the genus Dacrymyces have an alternative popular name “witches butter”, which literally means “witch’s butter”.

in the fruiting body there is no pronounced hat, stem and hymenophore. Instead, the entire fruiting body is a lobed or brain-like lump of hard but gelatinous tissue. Fruiting bodies ranging in size from 3 to 20 mm both in width and in height, at first almost spherical, then taking on an increasingly wrinkled lobed brain-shaped, slightly flattened shape, acquiring a semblance of a leg and a comb-shaped cap. The surface is smooth and sticky, however, under magnification, a slight roughness is noticeable.

Often fruiting bodies merge into groups from 1 to 3 cm in height and up to 6 cm in width. The color of the surface is rich yellow, yellow-orange, the place of attachment to the substrate is narrow and distinctly white, when dried, the fruiting body becomes a translucent reddish-brown.

Pulp elastic gelatin-like, becoming softer with age, the same color as the surface of the fruiting bodies. It does not have any pronounced smell and taste. 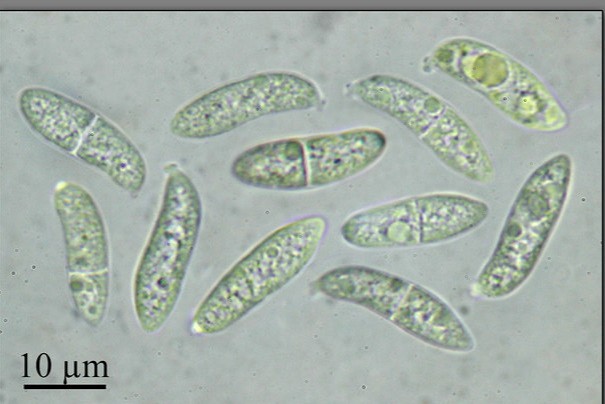 Settles on rotting trunks and stumps of coniferous trees. Fruits, as a rule, in groups on areas of wood without bark, or from cracks in the bark.

fruiting period – almost the entire snowless season from spring to late autumn. It can also appear during winter thaws and tolerates wintering under snow well. The distribution area is extensive – in the zone of distribution of coniferous forests of North America, Eurasia. It can also be found north of the Arctic Circle.

The mushroom is edible but lacks any flavor. It is used both raw as an additive to salads, and boiled (in soups) and fried (usually in batter) form. 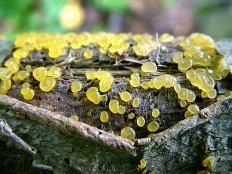 Dacrimyces golden spores, despite completely different microscopic features, also has an outward resemblance to some types of tremors:

Trembling golden (Tremella aurantia) unlike dacrimyces aureus spores, it grows on deadwood of broad-leaved trees and parasitizes on fungi of the genus Stereum. The fruiting bodies of the golden trembling are larger. 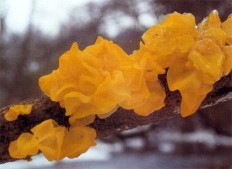 – also differs in growth on deciduous trees and parasitizes on fungi of the genus Peniophora. The fruit body of the orange trembling is generally larger and does not have such a pronounced white color at the point of attachment to the substrate. The spore powder, on the other hand, is white in contrast to the yellow spore powder of Dacrymyces chrysospermus.