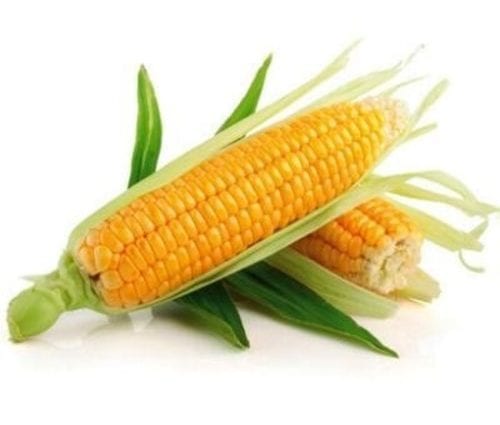 Each of us knows the yellow ear of this crop since childhood. For many, corn is as much of an everyday dietary product as, for example, potatoes. It is almost impossible to find a person who has never tasted a single dish from it.

But how much do we know about corn? Where did it come from? How is it useful and for whom is it harmful? How is it used and how popular is it in Ukraine? If you are interested in all these questions, then read on!

Diets of the ancient Aztecs

The origin of corn is unclear. Although scientists have found pollen and ears more than 55 thousand years old, they have not yet been able to find the wild ancestors of agricultural crops. Most experts believe that corn originated in Mexico and was the result of selection.

It became widespread 7-10 thousand years ago in the territory of modern Central and North America. She played an important role in the formation and development of several large civilizations that then lived on the American continent – the Olmecs, Mayans, Aztecs. The latter in the pantheon even had the god of young corn, Centeotl, who patronized farmers and jewelers. The Aztec female counterpart of Centeotl was Chicomecoatl, or Shilonen, the mother of a young maize. Abundance and well-being in the house were identified with her.

The Iroquois Indians considered corn to be one of the Three Sisters born to Mother Earth. Together with two other sisters – pumpkin and beans – she is revered by many American farmers to this day. The method of growing these three crops was even featured on the 2009 US $ 1 coin.

Christopher Columbus brought corn to Europe. The plant came to the territory of modern Ukraine in the 18th century and came from Turkey. Then corn was called Turkish wheat.

Perhaps the current name of the agricultural crop was also passed down to us by inheritance from the Turks. In their language, “cocorosis” means “tall plant”. Another option is to borrow the Hungarian “kukorica”, which translates as “sweet”, “sugar”. In most other countries, corn is called maize. Translated from the language of the Indians, this means “sacred mother” or “giver of life.”

Some believe that corn is the oldest bread plant on the planet. It is naturally multi-colored, the yellow color of all grains was obtained as a result of selection. Once upon a time, its ears did not exceed 3-4 cm in length, and the stem was several times smaller. Now corn can grow up to 4 meters in height, while the length of the cob will be up to 50 cm. Interestingly, there are about a thousand grains on the cob, and this is always an even number.

Corn is one of those plants that cannot grow on their own, they definitely need care. If the ear falls to the ground, it will simply rot. And even if the dropped out grain sprouts, the sprout will not be able to reach the maturity stage.

There are 9 types and more than 1000 varieties of agricultural crops. The most common and most commonly used type is sweet corn. This is what we cook and eat. The siliceous type is used for the production of sticks and flakes. Popcorn is made from popcorn.

Why is it useful and when it is harmful

Corn contains 26 chemical elements and provides the human body with a huge amount of nutrients. Moreover, in terms of the content of vitamins, microelements and useful acids in grains, it is significantly superior to all legumes.

If you have corn in your diet, then you are taking care of your liver and gallbladder. Corn products and dishes on the menu – prevention of hepatitis and cholecystitis. It’s also a great way to flush bad cholesterol out of your body.

It is important to remember that corn is not available for everyone. You will have to give it up if you have stomach or duodenal ulcers. It should not be eaten by those who have problems with blood clotting or are at high risk of blood clots. Are you underweight and want to gain weight? Eat corn sparingly. It quickly gives a feeling of fullness, although the portion eaten may not be enough for a person.

Corn contains 26 chemical elements that have a positive effect on the human body. Almost all groups of vitamins, including B, C, D, E, K, useful acids, microelements contained in corn grains, make it one of the most useful among cereals. And a small amount of gold, which helps in hormonal processes, also makes it very valuable.

Young corn is useful for people with problems of the gallbladder, intestines, kidneys and pancreas, as it helps dissolve kidney stones, alleviates the course of gall diseases, helps to cope with constipation and normalizes metabolic processes in the body.

In the corn itself, there are no harmful substances, but it should not be eaten with thrombosis, increased blood clotting, stomach ulcers or individual intolerance. In addition, corn is a very high-calorie product: two ears of corn correspond to half of the average daily calorie intake (about 2000). Therefore, nutritionists do not recommend this product to overweight people.

All you need is corn.

Clean and wash well, then place in a large pot and cover with cold water, covering all ears. Wait for the water to boil, reduce heat, and cook the corn for another 7-11 minutes, depending on size.

During this time, prepare an ice corn bath by filling a bowl with cold water and ice. When the corn is cooked, place it in the prepared tub and cool the ears completely.

That’s it, the corn is ready for freezing.

Since corn is native to southern North America, Mexicans know a lot about how to cook it.

Almost the same recipe as in the previous dish, but disassembled and with additional elements.

Fry the corn in oil, and when it cools, cut the corn off the cob. Fry the onions until translucent in a saucepan, add the corn to heat it up, and, turning off the heat, stir in all the other elements of the dish.

That’s it, your Mexican side dish is ready. Optionally, add tomatoes or bell peppers to make a salad from the side dish.