Cod fishing: tackle and equipment for sea fishing for cod 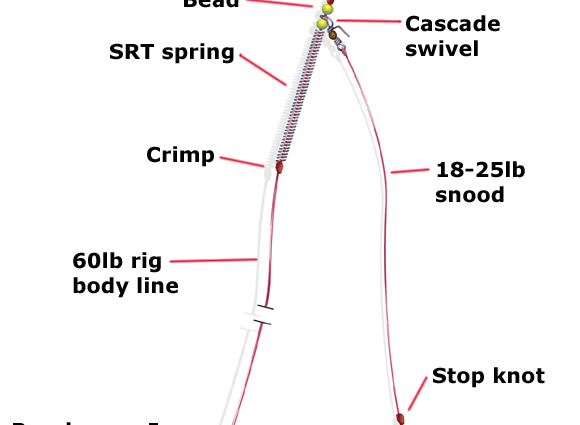 All about cod: gear, methods and features of fishing

A large northern fish that gave its name to a large family of representatives of the ichthyofauna. The appearance of fish is well known. It is a spindle-shaped body with a large head. The mouth is large, the presence of pronounced teeth depends on the type of cod. A characteristic feature of almost all cod is the barbel on the lower jaw. With all the diversity of species in the cod family, cod itself also has a number of subspecies. Given the external similarity with other cod-like fish, several members of the family are called cod, as an example, arctic cod, which is closer in kinship to cod (polar cod). At the same time, the genus Gadus (actually, cod) includes Baltic, Atlantic, White Sea, Pacific, Greenland, black and others cod. Scientists divide fish species not only according to possible morphological features, but also according to their lifestyle. The conditions for the existence of fish can be very different. If the Atlantic cod is characterized by the existence in the dense salty bottom water levels of the seas of the Atlantic, then the White Sea cod can adhere to higher layers of water. In general, cod species such as the Baltic and White Sea have adapted to the low salinity of their habitat, which is an important feature of their subspecies. Most cod species, however, cannot live in desalinated areas of the seas, while relict populations of the White Sea cod have arisen, which live in island lakes (Kildin Island, etc.), which appeared when the reservoirs were connected to the sea. Here, cod lives only in the middle layer of water, because the lower one is characterized by a high content of hydrogen sulfide, and the upper one is highly desalinated. Depending on the species, cod leads a different lifestyle. Some, more sedentary, others actively move along the shelf zone of the seas, in addition, spawning migrations are characteristic. The food preferences of fish are also very flexible. It can be both medium-sized fish, juveniles of closely related species, and various crustaceans and molluscs. The size of cod varies greatly depending on the species and living conditions. But in general, the fish is considered quite large, the weight can reach more than 40 kg.

Cod is an important and very popular object of commercial fishing. She is caught with various gear: nets, trawls, tiers and others. For recreational anglers, fans of sea fishing in the cold waters of the Northern Hemisphere, cod is also a favorite trophy. Taking into account the lifestyle, the main type of amateur fishing is spinning for plumb fishing. Under certain conditions, cod can be caught from the shore with bottom and spinning gear “cast”.

Fishing takes place from boats of various classes at great depths of the northern seas. For fishing, anglers use marine grade spinning rods. For gear, as in the case of trolling, the main requirement is reliability. Reels should be with an impressive supply of fishing line or cord. In addition to a trouble-free braking system, the coil must be protected from salt water. Bottom fishing from a vessel may differ in the principles of baiting. In many types of sea fishing, fast reeling of gear may be required, which means a high gear ratio of the winding mechanism. According to the principle of operation, the coils can be both multiplier and inertial-free. Accordingly, the rods are selected depending on the reel system. When bottom fishing for marine fish, fishing technique is very important. To select the correct wiring, you should consult experienced local anglers or guides. Cod forms large clusters, with active biting, experienced anglers and guides do not recommend using multi-hook tackle. When biting several fish at the same time, fishing can turn into a difficult, hard job. Very large individuals are rarely caught, but the fish have to be raised from considerable depths, which creates great physical exertion when playing prey. It is rather difficult to name any baits and nozzles that are considered the most popular. Universal, you can consider various vertical spinners. The use of rigs for natural baits (“dead fish” or cuttings) is also quite relevant. In the case of fishing with tapping on the bottom, various rigs with lead sinkers of various shapes are suitable: from “cheburashkas” to curved “droplets”, sufficient weight for use at great depths. The leash, most often, is attached sequentially and sometimes has a length of up to 1 m (usually 30-40 cm). Accordingly, the hooks must be selected in relation to the intended production and sufficient strength. Many snaps are supplied with additional beads or various octopuses and other things. It is worth noting here that the use of various accessories increases the versatility and ease of use of the equipment, but requires a more careful attitude to the reliability of the equipment. It is necessary to use only high-quality products, otherwise “unexpected” losses of trophies may occur. The principle of fishing is quite simple, after lowering the sinker in a vertical position to a predetermined depth, the angler makes periodic twitches of tackle, according to the principle of vertical flashing. In the case of an active bite, this, sometimes, is not required. “Landing” of fish on hooks can occur when lowering the equipment or from the pitching of the vessel.

Cod and its subspecies are widely distributed in the cold seas of the northern hemisphere. As already mentioned, the conditions of existence and the propensity to migrate depends on the species. Atlantic cod can travel thousands of kilometers from spawning grounds to feeding grounds. The Pacific subspecies is sedentary and makes only seasonal migrations from the coast to nearby depths. Cod prefers to stay in the bottom layers of water, while the depths can be quite large. In the vertical plane, the habitat of codfish extends to depths of about 1 km.

Cod spawning is directly related to the way of life of various subspecies. Pacific cod spawns in the coastal zone, the eggs are sticky and settle to the bottom. In other species, spawning takes place in the water column. Spawning places are tied to sea currents, spawning is portioned, fish can stay in the spawning zone for about a month. Then it returns to feeding grounds, usually thousands of kilometers away. Fish reach sexual maturity at the age of 3-5 years. Spawning is seasonal, takes place in the spring.

How to get rid of a headache