Blue bream fishing: ways to catch blue bream on a feeder in spring and summer 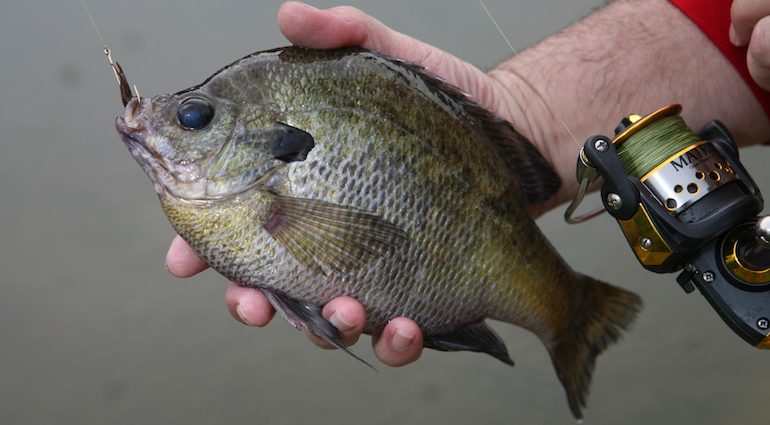 Sinets is a member of the carp family. It can form semi-anadromous forms, but they are few in number. Most populations of this fish are representatives of freshwater reservoirs. Sinets is a typical pelargic fish of rivers, lakes and reservoirs in the European part of Russia. The name is associated with a slight bluish tint to the body of the fish. The sizes are small, but can reach almost 50 cm in length and weight up to 1 kg. Growth and maturation depends on the conditions of the reservoir, the largest specimens grow in large reservoirs and lakes with a good food base. The food is mixed, the fish does not neglect plant foods. Depending on the season, it feeds on zooplankton or switches to bottom feeding. It is very sensitive to the oxygen regime; in winter, deaths are possible in reservoirs with poor water exchange.

Due to the peculiarities of nutrition and habitat, various bottom and float gear are used to catch blue bream. Blue bream has much in common, in habits and behavior, with its relatives: bream, bream and white-eye. Fish often live together and therefore are caught mixed up. This applies to both summer and winter blue bream fishing. When fishing from boats, various side fishing rods and equipment are used.

Blue bream is a very cautious, capricious and distrustful fish, it reacts quite sensitively to rough or improperly adjusted equipment. For fishing with float rods, it is worth considering the most insignificant nuances. Features of using float gear for blue bream fishing depend on the fishing conditions and the experience of the angler. For coastal fishing, rods are usually used for “deaf” equipment 5-6 m long. Match rods are suitable for long casts. The choice of equipment is very diverse and is limited by the conditions of fishing, and not by the type of fish. As in any fishing for non-predatory fish, the most important element is the right bait and bait.

Blue bream responds well to bottom gear. Fishing with bottom rods, including feeder and picker, is very convenient for most, even inexperienced anglers. They allow the fisherman to be quite mobile on the reservoir, and because of the possibility of point feeding, quickly “collect” fish in a given place. Feeder and picker, as separate types of equipment, currently differ only in the length of the rod. The basis is the presence of a bait container-sinker (feeder) and interchangeable tips on the rod. The tops change depending on the fishing conditions and the weight of the feeder used. Nozzle for fishing can serve as any nozzle, both vegetable or animal origin, and pasta, boilies. This method of fishing is available to everyone. Tackle is not demanding for additional accessories and specialized equipment. This allows you to fish in almost any water bodies. It is worth paying attention to the choice of feeders in shape and size, as well as bait mixtures. This is due to the conditions of the reservoir (river, lake, etc.) and the food preferences of local fish.

Fish are caught on traditional rigs: nodding jigs, floats and bottom rigs, as well as on various rigs called “garland” and others. Experienced anglers note that in some waters blue bream does not respond well to bait for most of the winter. The main fishing time is considered to be the “first and last” ice. Another feature: despite the fact that it can form large flocks, the fish is unpredictable, often migrating through the reservoir. In addition, it often changes the depth of being in the water column. As in the case of summer fishing, the experience of the fisherman on the reservoir and the methods of bait are of no small importance. The blue bream responds to non-attached gear, such as mormyshka-“remoteless”, “devil” and so on. Along with bream, blue bream is well caught at night.

As already mentioned, the fish reacts to both animal and vegetable baits. The main food is zooplankton, so blue bream responds to invertebrate imitations. Many anglers believe that blue bream bites well on white baits. It can be various larvae: bark beetles, Chernobyl, maggot and so on. However, the most popular bait is the bloodworm. It is possible to use mixed nozzles, such as “sandwich”. In addition, various worms, dough and so on are used.

Distributed in Europe, in most of European Russia, there are in many large reservoirs, up to the Urals. The northern border of the range runs through Karelia and the Arkhangelsk region (onega river basin). Rare in the middle reaches of the Kama, but not seen in the upper part of the basin. Blue bream takes root well in reservoirs, therefore it is not rare in all artificial reservoirs of the Volga-Kama basin. A semi-anadromous form lives in the Volga.

Blue bream females mature more slowly than males. In southern populations, most fish become sexually mature at the age of 3-5 years. In northern blue breams, maturation occurs later and stretches up to 6-7 years. Spawning also depends on the region, in the southern parts of the range it can begin at the end of March, and in the northern parts it can stretch until the end of June. Spawning takes place in shallow water, often on floods, the eggs are sticky, attached to vegetation.

On a plane with children: how to make your trip calm and comfortable

What is interesting in Armenia?