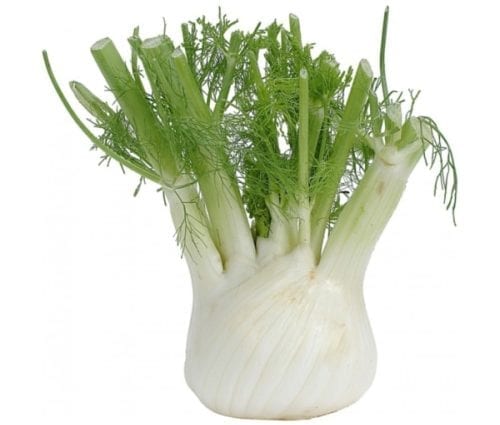 Fennel has a spicy sweet taste, and the aroma resembles tarragon and anise plant.

This plant belongs to the genus of herbaceous plants in the Umbrella family. It came from Western and Southeast Europe, Central, and Western Asia, North Africa. It also originated from New Zealand and the USA. Fennel is now growing in many countries of the world.

It is a perennial herb of the celery family. The stem is straight, thin, with a whitish bloom. The plant can reach a height of 3 meters. Leaves are thin, with pinnate dissection. Flowers are small, yellow with complex inflorescences – umbrellas. Fennel seeds are oval in shape, greenish-brown in color.

The plant has a sweet aroma with a hint of anise. Anise seeds taste sweetish, leaving a pleasant, refreshing aftertaste. Whole seeds are 3-5 mm in size, greenish-brown in color with a characteristic aroma.

People knew fennel since ancient times; it was appreciated by the chefs of Ancient Egypt, India, Greece, Rome, China. In ancient Greece, the fennel was a symbol of good luck since its aroma not only gives a person extraordinary strength and drives away evil spirits but, above all, attracts well-being. Having evil spirits, fennel seeds repel fleas, so they are often scattered in homes and livestock stables.

In the Middle Ages, spice became widespread in Europe, becoming a famous medicine. Until now, fennel remains a folk remedy that helps in the treatment and prevention of many diseases.

We can say that fennel is a rather unusual spice because it is not easy to find in ordinary supermarkets. One of the prerequisites when choosing fennel is the tightness of the package. Choose only proven manufacturers with quality packaging and those who have all the necessary documents and a good reputation.

Dill has a rather spicy and sweetish aroma that can have a calming effect on the human body. People use the plant’s essential oil in the perfumery and cosmetic industry and the food industry for the aromatization of sausages and confectionery.

Indian restaurants often serve plain or sugar-free seeds in the afternoon as a dessert and breath freshener.
Fennel seeds are still scattered in pet stalls to keep fleas away.

As a medicinal plant, the fennel was known to the ancient Romans and Egyptians. It contains many essential oils and fatty oils, which consist of oleic, petroselinic, linoleic, palmitic acids.

Vegetable has a positive effect on the digestive tract, enhances the secretion of gastric juice, and improves intestinal motility, due to which we may absorb food faster. Fennel maintains strong and healthy bones and, thanks to its potassium content, supports heart health. Including fennel in your diet will help improve concentration and speed up the learning process.

People use both stems and leaves of the plant for food. Fennel seeds are a widespread aromatic spice.
Application: Fennel seeds are great to use in the production of liqueurs, confectionery, pies, and puddings. Fennel seeds add a special flavor to sauerkraut, vegetables in a can (especially cucumbers), and cold snacks. People add fresh leaves to vegetable soups, dishes, legumes, vinaigrette, vegetable and fruit salads.

Application of fennel in medicine

Drinks that contain fennel are a good treatment for stomach ailments, usually appearing with such symptoms as cramps, flatulence, pain. You may give fennel drinks that people usually call “dill water” to infants from the second week of life to relieve colic and eliminate gas in the intestines. Fennel has an expectorant and disinfectant effect.

In folk medicine, a decoction of fennel seeds is great to use to wash the eyes with conjunctivitis, and also used to care for the skin with pustular rashes.

Fennel teas significantly improve the functioning of the mammary glands, which leads to an increase in the amount of breast milk in nursing mothers.

Fennel essential oil perfectly cleanses the body, removes toxins and toxins, especially for those who are fond of plentiful food and alcohol.

The action of fennel in cosmetics

Whether it’s root, leaf, or fruit, Fennel is a treasure trove of valuable compounds. For example, the common fennel fruit extract contains the aromatic ester of anethole, monoterpenes, and phenols (flavonoid kaempferol, scopoletin, and diacetyl), as well as triterpenoids (a-amyrin; steroids: b-sitosterol, stigmasterol) and phenylpropanoids as the most active skin joints. It also contains rosmarinic acid. Fennel oil contains phellandrene, camphene, limonene, anethole, pinene, fenchol. The fruits of this plant contain about 6% essential oils, which contain about 40-60% anethole.

It acts as an anti-inflammatory, anti-aging, antimicrobial, anti-stress, cytoprotective, and antioxidant agent in cosmetics. In addition to the listed qualities, fennel has established itself as an excellent vagotonic, astringent, anti-acne, and anti-wrinkle agent. Also, fennel essential oil increases microcirculation in the skin and helps mature skin resist the aging process.

Fennel extract is best known for its tonic effect. It also nourishes the epidermis well and slows down the aging process in cells and tissues. The oil has a fairly pronounced antioxidant effect, which has a rejuvenating effect on the skin, increases its elasticity, and even helps smooth out wrinkles. The essential oil perfectly tones and nourishes the skin, making it smoother and more elastic, and also provides cosmetic products with deodorant properties.

To enhance the taste and smell of fennel, dry the seeds in a hot pan and then grind them in a mortar.
Fresh fennel leaves are better to use, as dry leaves lose their flavor.

Here might be some people who are not familiar with my curly-haired friend fennel. Surprisingly, the fennel is not a root, as it might seem, but a stem, a thick, fibrous, juicy stem. On average, it should be about the size of a fist. Anything bigger has a high risk of offering you hard outer layers. In this case, I taste the outer sheet wet, and if it is too fibrous, remove it and discard it.

My fennel. I cut off the upper green processes. You may freeze them and add whole to the broth for flavor, especially fish broth. Or you may throw it out. At least I don’t know how to cook any of them. Cutting off the bottom dirty little ass and bruises, if any.

I put it on the clean ass and cut it into 4 pieces. The hardest preparatory part is over. I need to take a break. Drink some tea. Maybe even a massage.

I heat the butter to medium-high temperature and put the fennel on the barrel. Then I toss the garlic right in the skin to flavor the oil. Salt, pepper, sprinkle with dill. I fry at medium temperature until golden brown color appears. I turn it over to the second barrel, disperse the oil so that it distributes the aromas. Then I add some salt and pepper. Then on the third barrel. And finally, I’m taking pictures.

As a result, it should be a little crispy, like blanched cabbage, like cabbage in good cabbage soup. If you overdo it, it will become lethargic and slimy, like boiled onions. Therefore – a preheated frying pan, medium heat and no less, and to a crust. And voila.

Some more tips on how to choose, store and prepare the fennel in this video below: