The process of formation and development of Russian cuisine stretched over several centuries. Now and then, mentions of it emerge in the annals of the centuries and various historical documents. The classics loved to write about it in their immortal works. Ethnographers carefully studied it. And all because it is original and prosperous. Developing it reflected not only the lives of people and customs but also history. And all the time, it improved, replenished with borrowings, and expanded.

Today the phrase “Russian cuisine” associates with cabbage soup, crispy pickles and pickled mushrooms, fragrant “kulebyaka” and pies, as well as unique tea from the Samovar.

But even 1000 years ago, everything was a little more modest …

Scientists identify 4 stages of the formation of Russian cuisine, each of which has its own characteristics. It:

By bread and flour products dominated. The ancient Russians held pancakes, flour jelly, and rye pies in high esteem. Moreover, vegetables, fruits, mushrooms, various types of meat and fish, porridge served as a filling. Already at that time, people greeted dear guests with a loaf of bread and salt.

By the way, it was porridge in Russia that was considered a symbol of prosperity. The word “porridge” referred to ancient Russian wedding feasts. On the Russians’ tables, there was always buckwheat, barley, pearl barley, oatmeal, oatmeal, or millet porridge.

In addition to it, the diet of that time included large quantities of vegetables – cabbage, turnips, radishes, peas, cucumbers. Here they loved to feast on fruits and berries. In addition to them, honey was held in high esteem among the sweet tooth, based on which people created delicious syrups and jams. Even then, the hostesses baked gingerbread with them.

Until the XVII-th century here, they practically did not eat meat and milk. And if they did, then they made cabbage soup and gruel from meat. They drank milk stewed or raw, made sour cream and cottage cheese from it, and did not know about cream and butter almost until the XVI-th century.

Around the same period, national Russian drinks appeared – kvass, sider, and hops. In 1284 brewers made beer for the first time. And in the XV century, real Russian vodka was made from rye grain.

In the XVI-XVII centuries, Old Russian cuisine was rich with noodles and dumplings, borrowing them from Asia’s peoples. 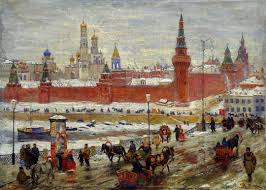 The cuisine division marked the XVII century into the one that local people preferred to know and the one that ordinary people were content with. And if earlier these differences were only in the number of dishes, now they paid special attention to quality. And all because newfangled dishes and culinary techniques began to seep into traditional cuisine.

From that time on, more roasted meat, which was previously considered tasteless, began to appear on the nobility table. And also ham, pork, corned beef, roast lamb, game, and poultry. At the same time, hodgepodge, pickle, and basic delicacies such as jellied redfish, salted fish, black caviar were tasted.

Besides, the Russian people began to actively borrow the Astrakhan and Kazan khanates’ products, Siberia and Bashkiria, which recently joined the state. These were raisins, figs, watermelons and melons, apricots, lemons, and tea. (Although some sources claim that lemons were popular in some regions since the XI-th century.) And hospitable hostesses began to adopt recipes for delicious pies, gingerbreads, all kinds of jams, and apple marshmallows. According to some reports, the latter was being prepared in certain regions of Russia since the XIV century.

Thus, the XVII century was remarkable by the flourishing of traditional Russian cuisine and the simple peasant’s simplification. 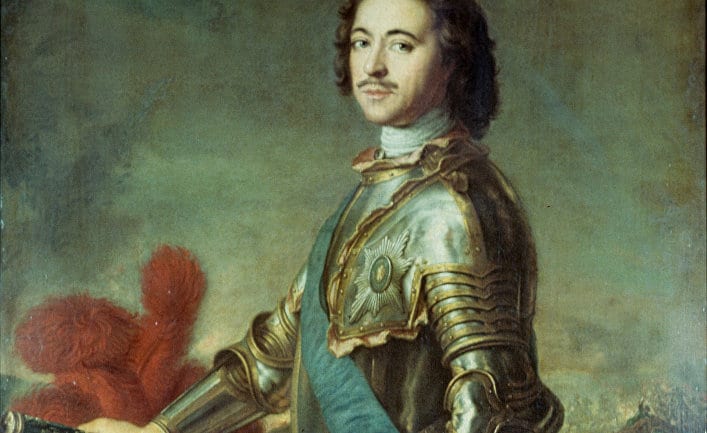 Following the old Moscow era, a new era began – the era of Peter the Great. It differs from others by its more active borrowing of Western culinary traditions. And now the nobility more and more often brings overseas products and recipes of dishes and “subscribes” to foreign chefs. They enrich Russian cuisine with pies, casseroles, rolls, and cutlets, supplement it with unknown dairy, vegetables, and mashed soups and decorate with sandwiches, butter, and real Dutch and French cheeses.

They also replaced the name of the primordially Russian “soup” with “soup” and taught how to serve it correctly – in pots or cast iron pots.

This period coincided with the emergence of the “window to Europe.” Through it, traditional French, German, Italian and Dutch dishes began to enter Russian cuisine. Among them: chops with and without bone, escalopes, entrecote, steaks, potato and tomato dishes, which were just brought in at that time, as well as sausages and omelets.

At the same time, they began to pay special attention to the table setting and decorating the dishes themselves. Interestingly, many salads, side dishes, and even vinaigrette appeared in the process of mastering this art.

A distinctive feature of this period is that the nobility used a variety of snacks. Fish, meat, mushroom, and vegetable dishes have significantly diversified Russian cuisine and made it fabulously rich and even more delicious.

In subsequent years, the traditional Russian cuisine only enriched. Talented chefs appeared, whose names are famous far beyond the borders of the country. Traveling around the world, they master the latest culinary technologies, thanks to which they can prepare the most unusual and original dishes. And connect the incompatible in each of them. For example, ice cream from Borodino bread, foie gras borscht with flambé, cocktail salads, lamb with kvass sauce, crayfish neck with vegetable caviar, etc.

The zest of Russian cuisine

National Russian cuisine has borrowed newfangled dishes and overseas culinary traditions for many centuries. Nevertheless, this did not prevent her from remaining distinctive and original. Having tasted juicy chops, entrecote, and julienne, the Russian people did not change their habits.

And they did not give up cereals and soups, which over time only became more diverse. It has not changed the tradition of serving meals. As before, for the first, they served hot dishes – soups, borscht, hodgepodge, or cabbage soup. For the second – a side dish with meat or fish. And on the third – a sweet drink – juice, compote, fruit drink or tea. And he remained one of the most hospitable peoples in the world.

The main methods of cooking in Russian cuisine:

No matter how rich and varied Russian cuisine is, it is still based on traditional dishes recognizable in every corner of the globe, namely: 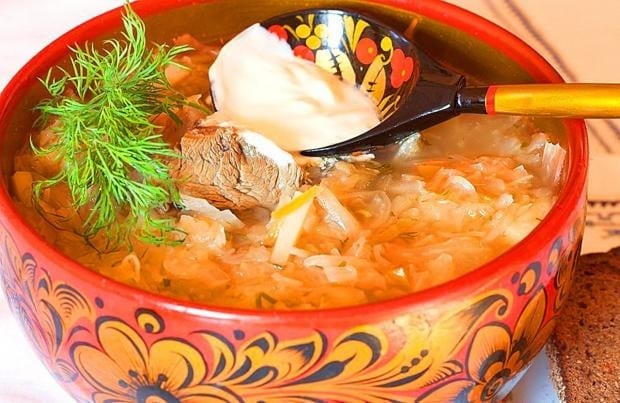 They say that this dish appeared in Russia in the IX-th century, simultaneously as cabbage. It is a multi-ingredient soup. Cabbage soup contained sorrel, fresh or sauerkraut, meat (sometimes fish or mushrooms), spices, and sour dressing based on sour cream or cabbage brine. Throughout its existence, its composition has practically not changed, except that the bouquet of spices for cabbage soup has been expanded. 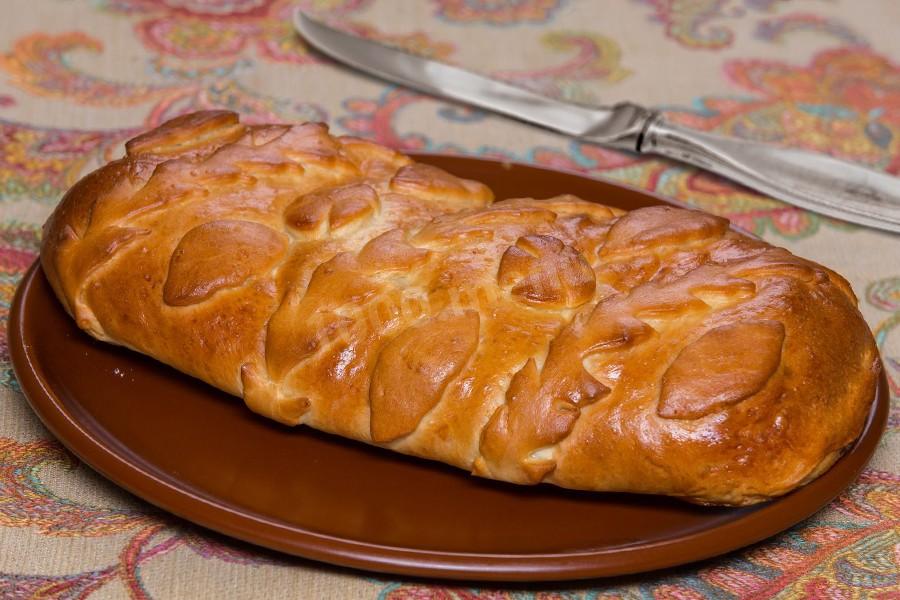 It differs from ordinary pies by creating a complex filling – from 2 to 4 types of minced meat, separated by thin pancakes. Moreover, its volume is necessarily equal to at least half the volume of the dough. The first kulebyaki were made from yeast dough and layers of cabbage, eggs, buckwheat porridge, boiled fish, onions, or mushrooms and decorated the nobility and ordinary tables people. 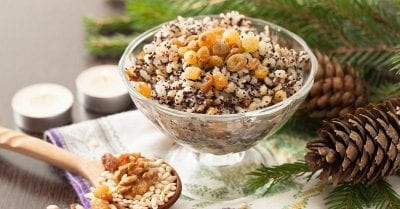 A memorial dish is a porridge made from wheat or rice with honey, poppy seeds, raisins, and milk. Prepared and served on the eve of Christmas and Epiphany, sometimes at a commemoration. Kutia takes its roots back in paganism days when the memory of ancestors was honored with its help. By the way, in Russia, any porridge had a second name the “foremother” of bread. 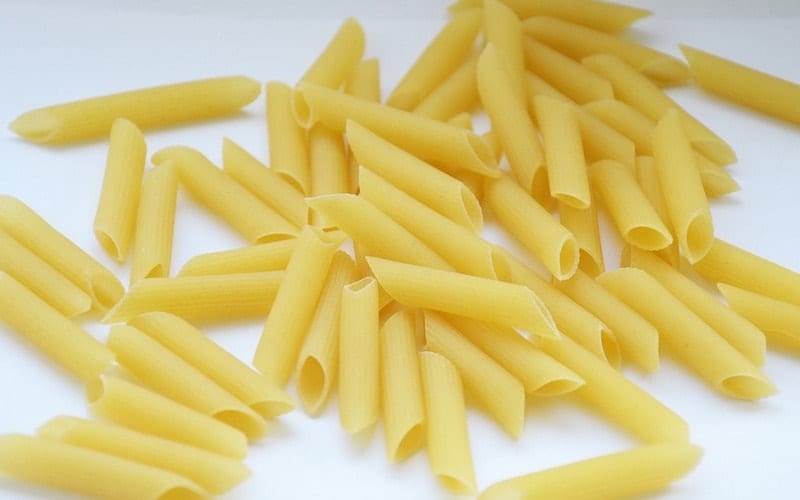 They are a borrowed pasta that is incredibly popular all over the world, including Russia. The very first noodles were Chinese. They appeared in the II millennium BC. 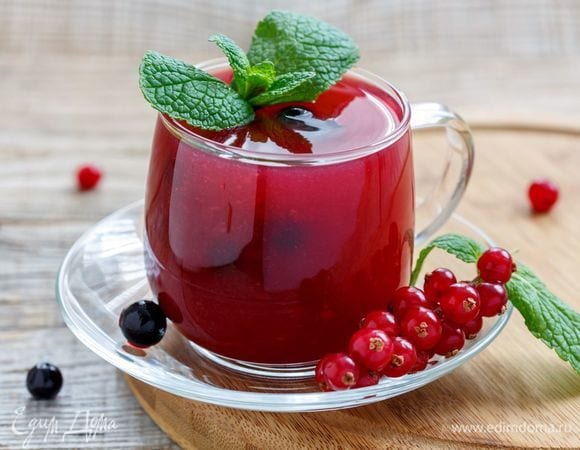 This drink is at least 1000 years old. Initially, it was made from oats or wheat, later from berries. Memories of him also appear in The Tale of Bygone Years.

In the X century. During the siege of Belgorod, famine began in the city. And when the townspeople had already decided to surrender, one elder ordered to find the remains of oats and wheat, make jelly from them and pour it into a tub dug into a well level with the ground. Honey uzvar they poured into another such tub. And then they invited several conquerors to taste the delicacies from the wells. A few days later, they retreated, deciding that Mother Earth fed the Russian people. 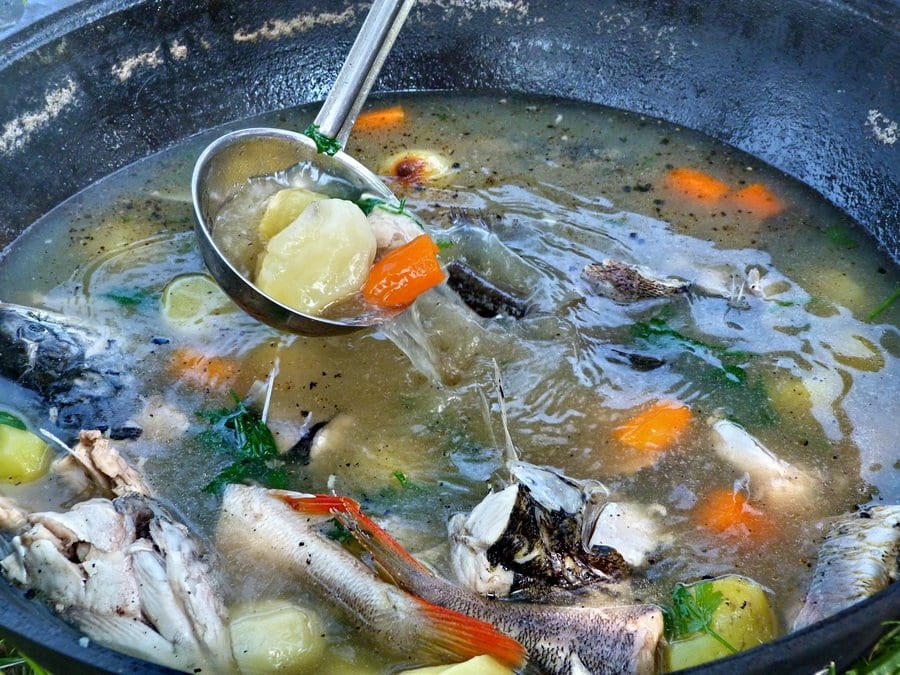 It is a hot fish dish. Each region has its own recipe for its preparation. For example, in Don, they like fish soup with tomatoes. 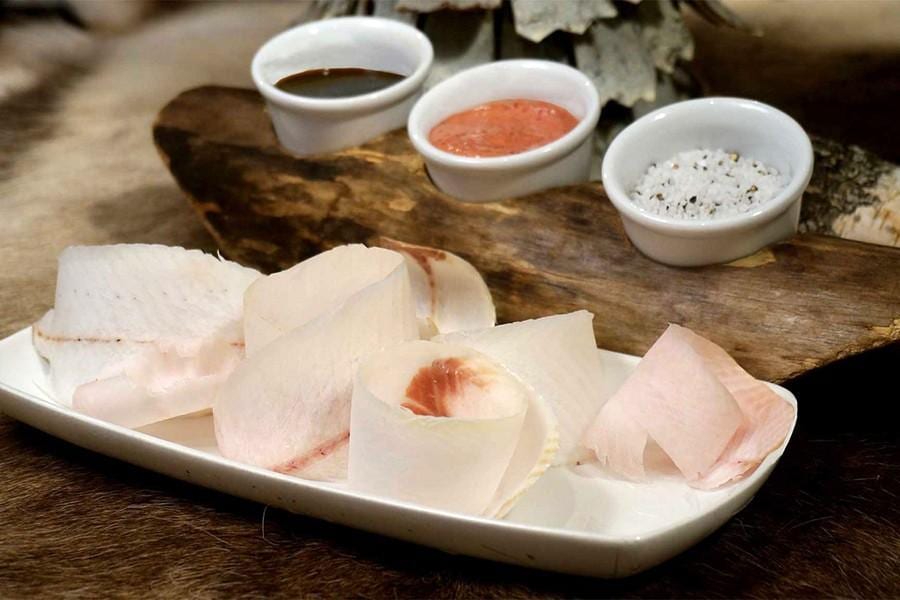 It is a dish made from raw, freshly frozen fish, which is served in shavings with a mixture of salt and pepper. Very popular in Siberia. 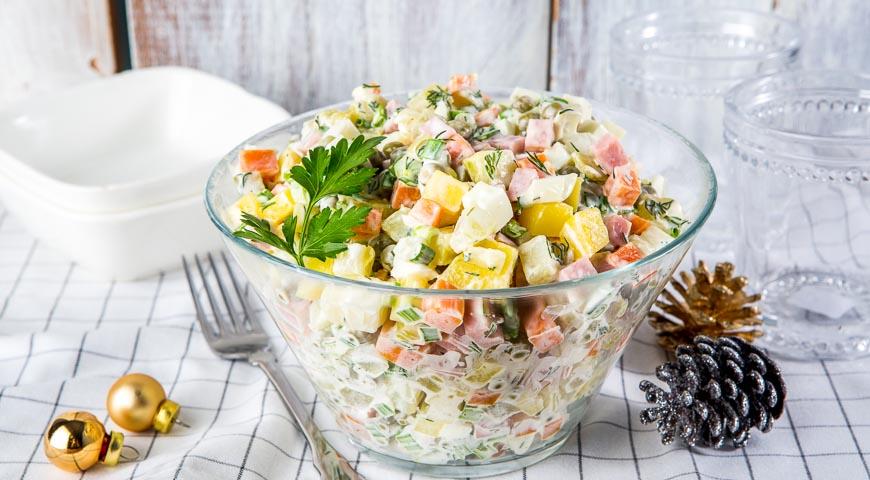 Tea from a samovar. 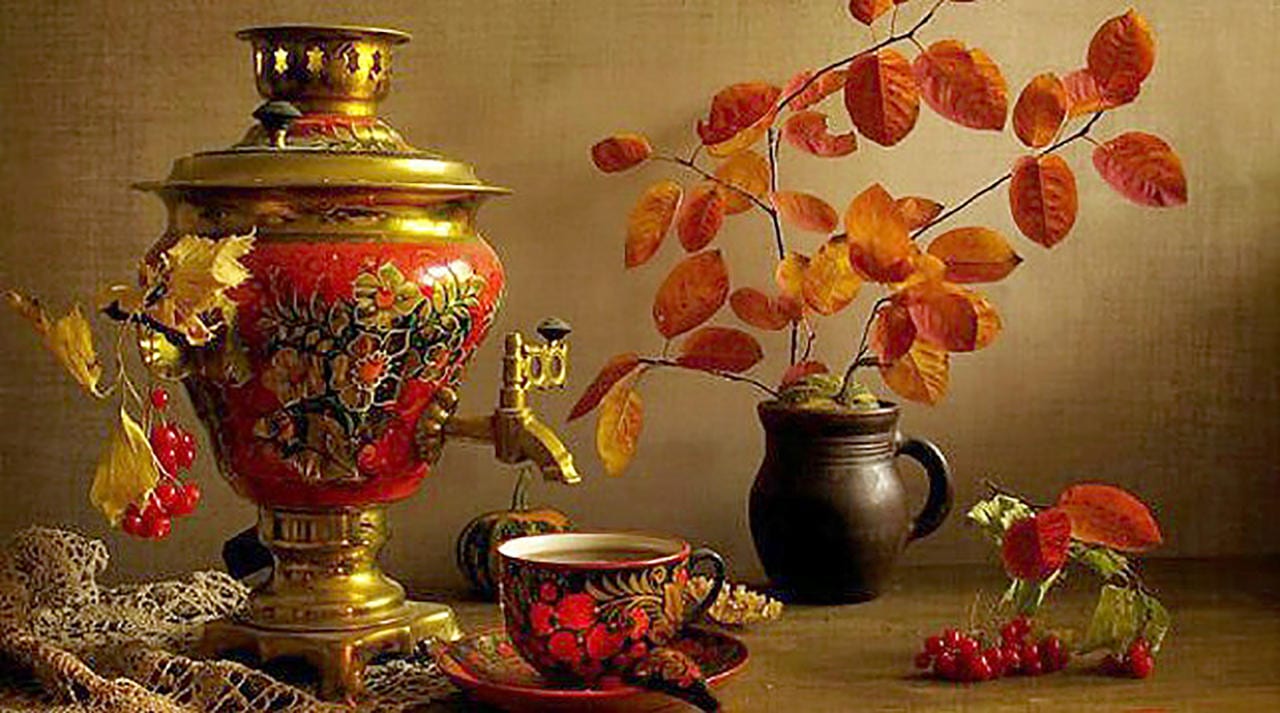 They say that such a drink had a special taste, which they achieved both thanks to the use of the samovar itself, thanks to the family’s unity, which gathered in the gazebo or on the veranda to taste it. 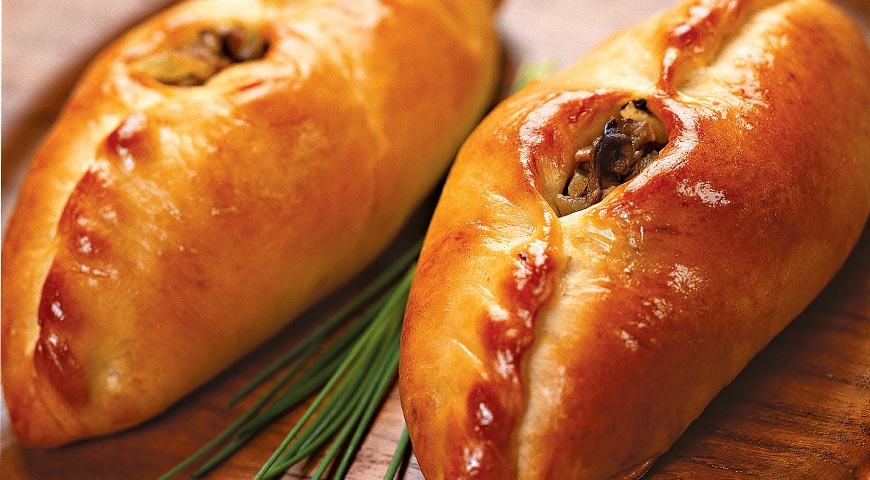 The baked pies with different types of fillings – fish, meat, carrots, eggs, onions, and rice and small holes on top.

They are a delicacy that has existed for several centuries. 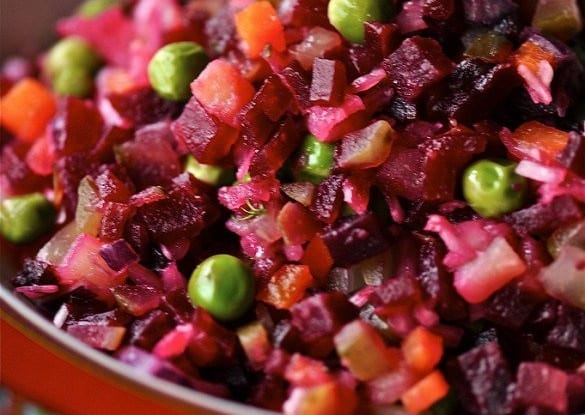 It is a national Russian dish made from beets, potatoes, carrots, green peas, pickles, onions, vegetable oil, and spices, albeit borrowed. 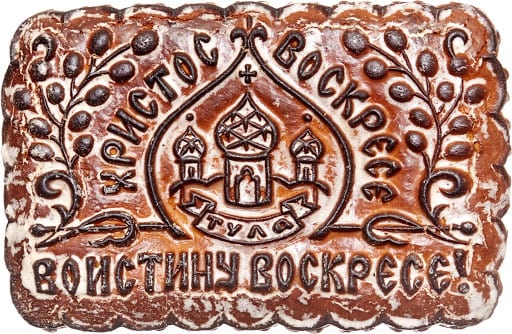 These are flour products that originate in the Old Russian period. 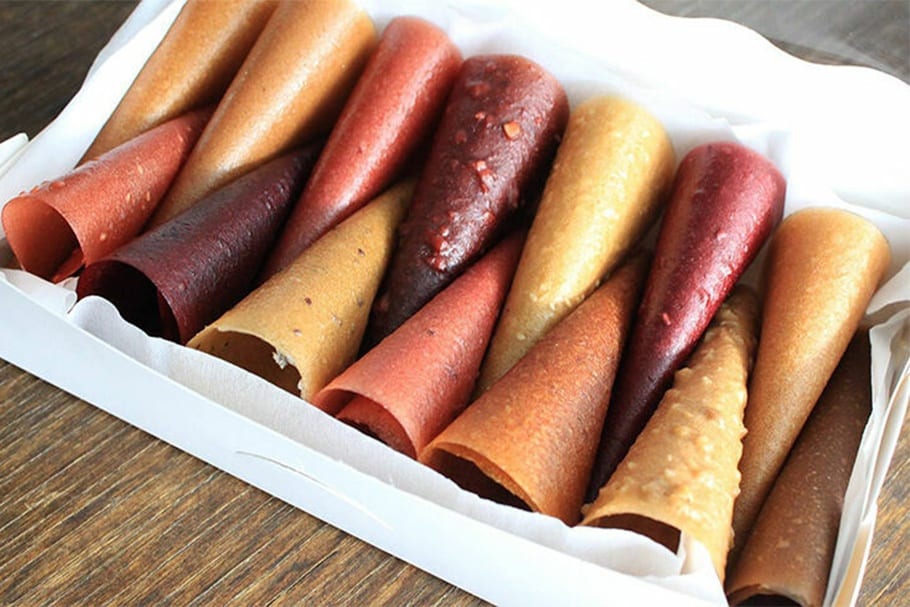 It is a traditional delicacy that has been prepared since the XIV-th century with honey and apples. Modern recipes are more refined and may contain cinnamon, berries, etc.

Bread and salt are a treat. 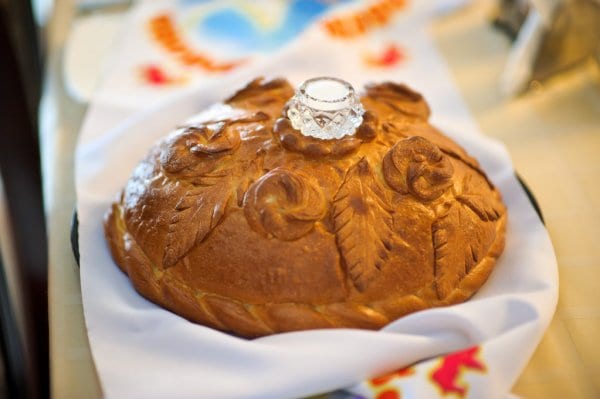 It is a kind of symbol of Russian cuisine. Today it stands for hospitality. And in ancient times, it was connected to magical meaning. Bread personified the family’s wealth and well-being, and salt protected it from troubles and bad weather.

In fact, this is a national dish of Russian cuisine. Previously, it was the only vegetable; later, they began to add meat to it. Today, there is a huge number of soups for every taste. 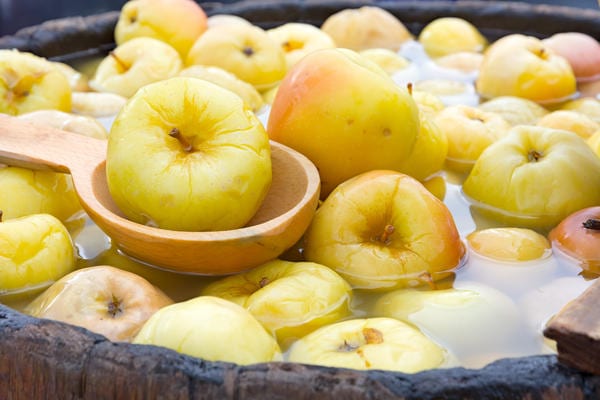 These are a kind of homemade pickles. They were popular several centuries ago.

Sauerkraut is a dish obtained from the fermentation of cabbage. People believe that all its beneficial substances are stored in it.

For the abundance of soups and cereals, Russian cuisine is considered one of the healthiest. It is ideal for vegetarians and is revered all over the world. Besides, she widely uses all the gifts of nature – vegetables and fruits, each of which contains a huge amount of useful substances. A special place in it is given to fermented milk products and sweet drinks – compotes, jelly, and juices.

Today the average life expectancy of Russians is 71 years and, according to the assurances of sociologists, it continues to grow.