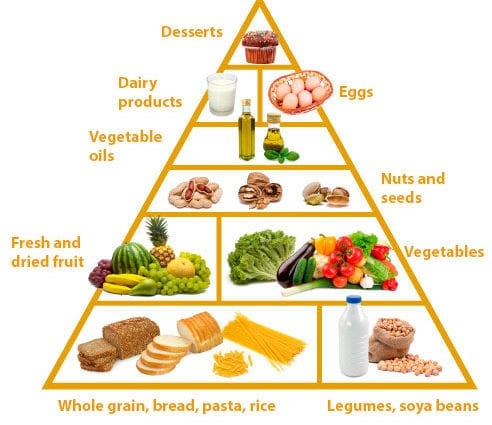 Supporters of this type of diet exclude animal flesh from the diet, including various seafood, and eggs. Their diet consists of plant foods and dairy products, usually, the use of honey is also allowed. Most of all Lacto-vegetarianism is widespread in India. This is primarily due to religious beliefs, as well as the hot climate.

Vedic cuisine has given the vegetarian community a large variety of vegetarian options using dairy products. One of the favorites of Lacto vegetarians is sabji, an Indian vegetable stew with paneer. Paneer is a homemade cheese popular in India. In terms of taste and technological qualities, paneer is identical to the usual Adyghe cheese. In cooking, its peculiarity lies in the fact that when heated it does not melt, but when frying it forms a characteristic crust.

Between lacto-vegetarians and strict there are often disputes about the benefits of dairy products. Indeed, milk and its derivatives are rich in protein and other trace elements necessary for humans. However, the same micronutrients with a properly balanced diet can also be obtained from plant foods. After all, not a single living creature in the wild feeds on milk in adulthood. Milk is a strong allergen.

To this day, there are peoples who have lactose intolerance. This indicates that dairy products are not natural and necessary for the human body. All of the above applies to natural, homemade milk. In urban conditions, people often have to be content with only store-bought dairy products, the dangers of which even modern medicine openly speaks about. Also, industrially produced milk can hardly be called an ethical product. If everyone could see what actually hides behind the beautiful image of a smiling cow on the label, perhaps there would be much less controversy about the need for milk.

Tomatoes … What are they rich in?

Eco-detox on the banks of the Volga