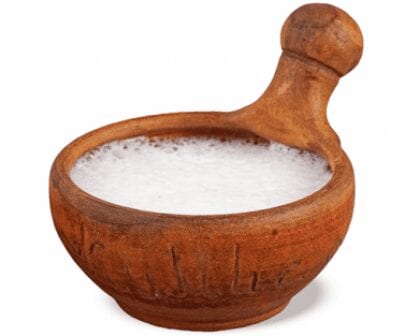 An alcoholic drink based on fermented Mare’s milk. It is obtained by fermentation under the influence of acidophilus and Bulgarian Bacillus and yeast. The drink has a pleasant sour-sweet taste, white color with a little foam on the surface. Koumiss, made from different kinds of starter cultures, may contain different amounts of alcohol. Its content can vary from 0.2 to 2.5 vol. And sometimes reach 4.5 about. During fermentation, milk proteins are split into easily digestible components, and lactose – into lactic acid, carbon dioxide, alcohol, and other substances.

The Mare appeared more than 5000 years after the domestication of horses by nomadic tribes. Archaeological expeditions carried out in Mongolia, and Central Asia revealed the remains of leather with Mare’s milk remnants. They kept the secret of the Koumiss for a long time secret, and strangers who accidentally learned the technology of preparation of the drink were blinded. Kumis is the national drink of the Turkic peoples. Popular Koumiss is in Turkmenistan, Uzbekistan, Kazakhstan, Mongolia, and other Asian countries.

Currently, the recipe for koumiss is widely known, and people produce it not only at home but also in factories. Subject to all rules of the production of Koumiss, the rather expensive production. Therefore, in the pursuit of the cheaper cost of the beverage, many manufacturers begin to use Mare’s and cow’s milk. As a result, it significantly reduces the quality of the drink. 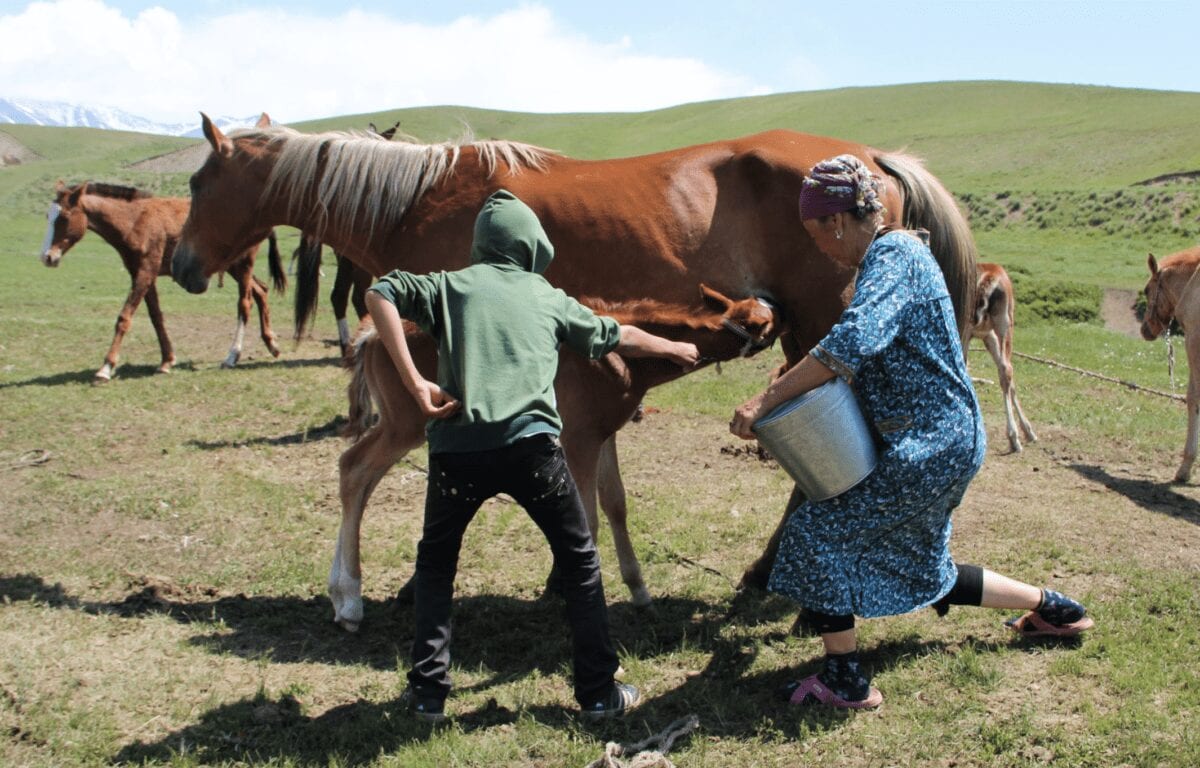 Manufacture of classic koumiss based on Mare’s milk consists of several stages:

Depending on the time of ripening, Mare’s milk divides into three types: 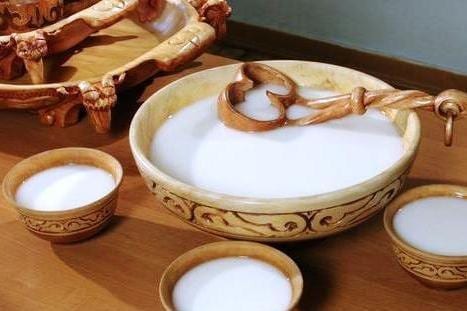 The benefits of Koumiss

Mare’s milk contains a large number of nutrients assimilable by 95% of the substances. Including vitamins (A, E, C, B group), minerals (iron, iodine, copper), fats, and live lactic acid bacteria.

Postnikov investigated the useful properties of the koumiss in 1858. Based on his scientific works, they have opened resorts and established the basic treatment methods of various diseases with koumiss.

Mare’s milk is saturated with antibiotic substances that harm the functioning of tubercle bacilli, typhoid, and dysentery. Lactic acid bacteria positively affect the gastrointestinal tract and increase the secretion of gastric juice that breaks down the fatty substances from the pancreas and gallbladder. Effective carrying out the koumiss treatment of ulcers of the stomach and duodenum at the stage after the exacerbation. Bacterias from kumis adversely affect the reproduction and development of putrefactive organisms and E. coli.

The cardiovascular system. Koumiss has a positive effect on the composition and properties of blood. It increases the content of red blood cells and white blood cells that actively fight all alien organisms and bacteria.

The nervous system. The Mare Koumiss has a calming and relaxing effect, normalizes sleep, decreases irritability and chronic fatigue. 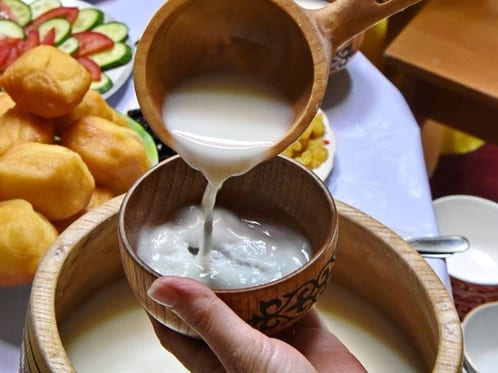 In addition to humans’ treatment, Koumiss is good to treat the digestive diseases of large animals: horses, cows, camels, donkeys, and sheep.

Depending on the severity and nature of the disease, patient’s age, there are special methods of reception of kumys, which in some ways are similar to the use of mineral waters. The time period of treatment should not be less than 20-25 days.

Methods of beverage consumption depend on the secretory functions of the stomach:

Harm of Koumiss and contraindications

Koumiss is contraindicated with worsening of gastrointestinal diseases and people with individual intolerance to the drink and lactose.

Fermented Mare Milk aka Kumis - Why Would You Eat That

Why is sunlight important to us?

Mahatma Gandhi: Vegetarianism is the path to Satyagraha