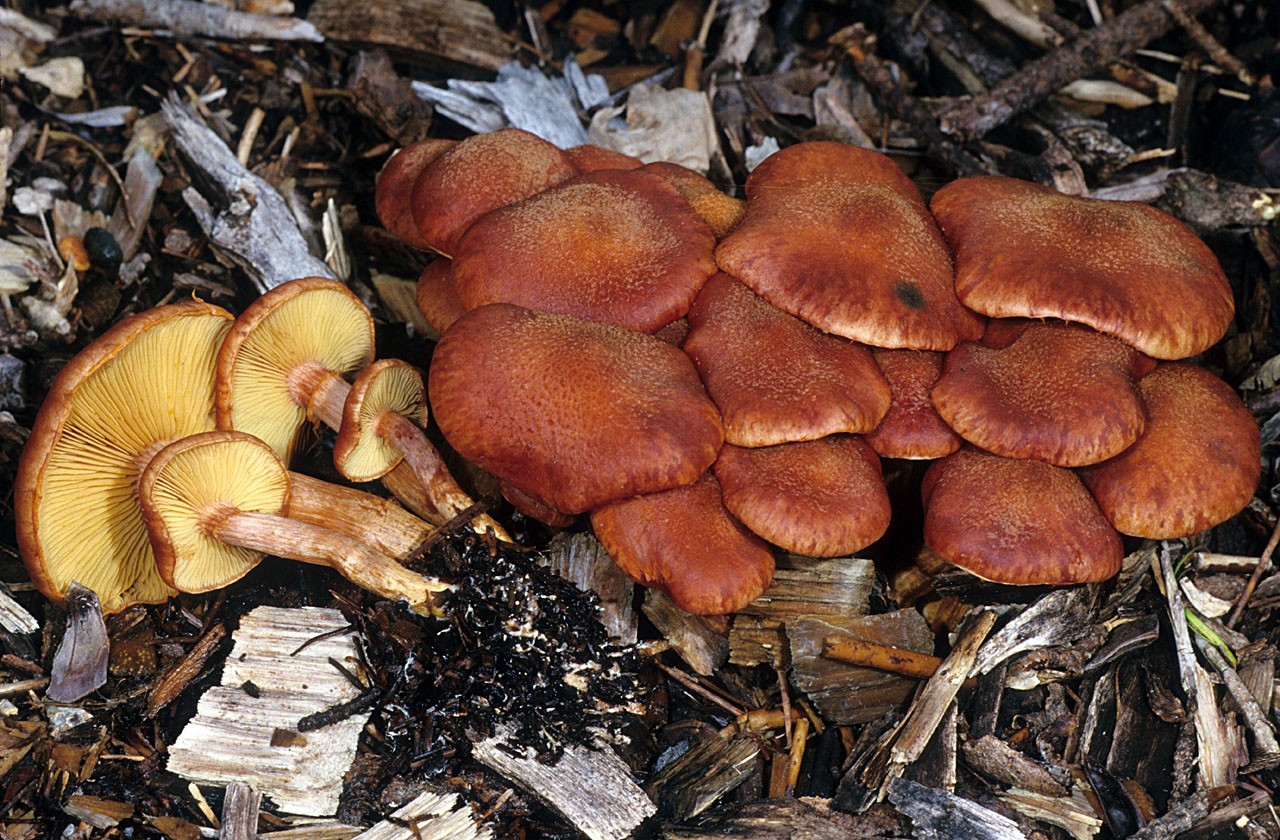 head 2,5-8 cm in diameter, convex with a folded edge, becomes prostrate with age, almost flat, often with a gentle tubercle in the center. The surface of the cap is dotted with scales, which are located more often near the center and less often towards the edges, forming a kind of radial fibrillation. In young mushrooms, the scales are pronounced and have a purple color, as they mature, they fit closer to the skin of the cap and change color to brick red, and finally turn yellow.

The color of the hat is from bright crimson red to brownish pink. Sometimes greenish spots can be observed on the hat. 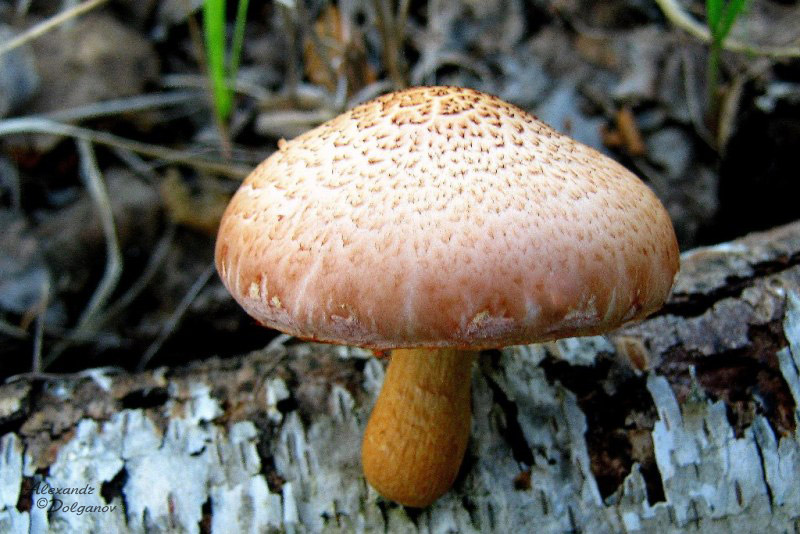 Pulp dense, reddish adjacent to the cuticle and plates along the edges, thin, moderately fleshy in the center, gives a yellow-brown reaction to potassium hydroxide. Along the edge of the cap, the remnants of a cobwebby-membranous bedspread are sometimes distinguishable.

Hymenophore mushroom – lamellar. The plates are moderately wide, notched, adherent to the stalk with a tooth, at first yellow-ocher, after maturation of the spores, they become rusty-brown.

The imprint of the spore powder is a bright orange-brown. 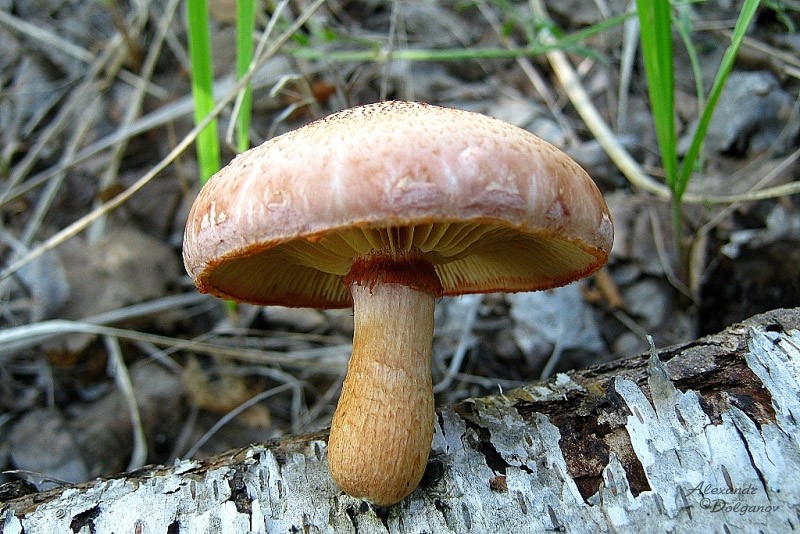 Leg reaches a length of 2 to 8 cm, a diameter of 0,5 to 1,5 cm. The shape of the leg is cylindrical, with a slight thickening at the base. In mature mushrooms, it is made or hollow. The color of the stem is slightly lighter than the cap, darker longitudinal fibers stand out on the surface of the stem, and the remains of a private veil are visible in the upper part of the stem. The base of the stem often has a greenish color. Mycelium at the base is yellowish brown.

Grows in dense groups on dead trees, wood chips, fallen branches of both coniferous and deciduous trees. Occurs from late July to November.

Gymnopilus luteofolius.G. aeruginosus has lighter and more sparse scales and greenish flesh, in contrast to the yellow-lamellar hymnopile, whose flesh has a reddish tinge. 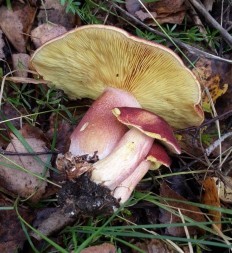 The yellow-lamellar hymnopil (Gymnopilus luteofolius) is very similar to the yellow-red row (Tricholomopsis rutilans), which has a very similar coloration, it also grows in groups on the remains of wood, but the row is distinguished by a white spore print and the absence of a bedspread.

Inedible due to strong bitterness.

2022-09-21
Previous Post: On the edibility of mushrooms
Next Post: How to determine the color of spore powder

How Anne Fraser Became Vegan at 95

8 ways to use nettles in the kitchen