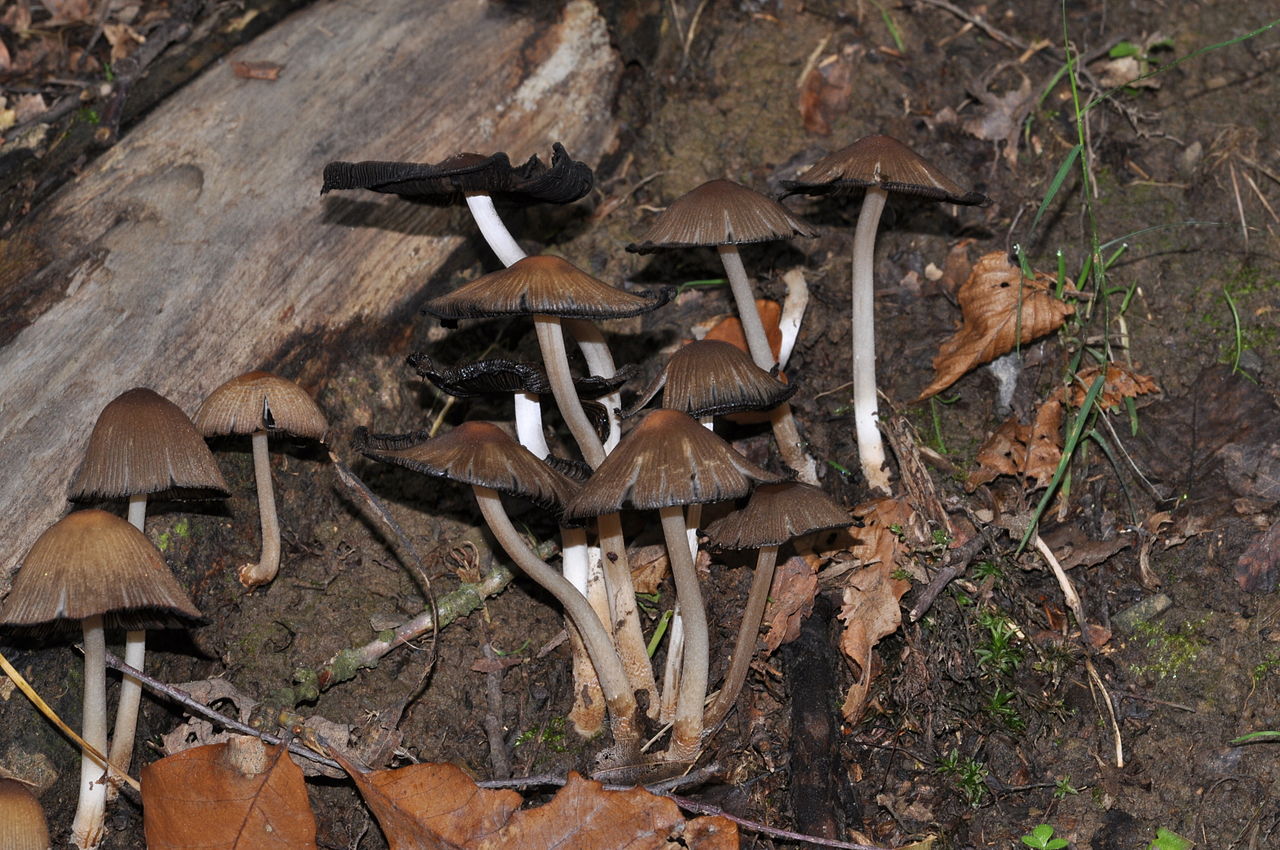 head: diameter up to 4 cm and height 2-3 cm, first bell-shaped, then convex and finally flat, up to 6 cm in diameter. The surface of the cap is strongly furrowed, buffy-brown with a dark red-brown center. Heavily serrated and cracked in adult mushrooms. In very young specimens, the skin of the cap is covered with the remains of a common spathe in the form of small fluffy fragments of brownish, rusty-brown, ocher-brown color. In adult mushrooms, the surface of the cap looks almost bare, although the smallest particles of the coverlet can be seen with a magnifying glass.

Leg: height 4-8 cm, thickness up to 0,2 – 0,7 cm. Cylindrical, even, slightly thickened towards the base, hollow, fibrous. The surface is whitish, slightly pubescent. In aging mushrooms – brownish, dirty brown.

Ozonium: missing. What is “Ozonium” and how it looks – in the article Homemade dung beetle.

Smell and taste: without features.

Fruiting bodies appear singly or in clusters from May to October

It is known that this species is found mainly in Europe (throughout Ukraine) and North America, as well as in certain areas in Argentina (Tierra del Fuego), Japan and New Zealand. The forest dung beetle is listed in the Red Books of some countries (for example, Poland). It has an R status – a species potentially endangered due to its limited geographical range and small habitats.

Saprotroph. Found in forests, gardens, lawns and grassy dirt roads. It develops on decaying wood or leaves buried in the ground, in rich clay soils.

A number of sources say that the Forest dung beetle is edible at a young age, like similar dung beetles. Pre-boiling is recommended, according to various sources, from 5 to 15 minutes, do not use the broth, rinse the mushrooms. After that, you can fry, stew, add to other dishes. Taste qualities are mediocre (4 categories).

A number of sources categorically classify the Forest Dung beetle as an inedible species.

There is no data on toxicity.

We will consider it inedible, God bless it, let it grow: there is nothing to eat there anyway, the mushrooms are small and deteriorate too quickly.

Small brown dung beetles are difficult to distinguish without microscopy. For a list of similar species, see the article Flickering dung beetle.