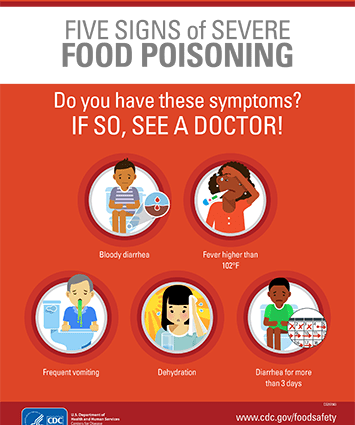 Vomiting, diarrhea, general weakness, and stomach pain are all signs of food poisoning. It arises, as a rule, due to the use of low-quality products. But, despite the seriousness of the situation, it is often successfully treated at home to a mild degree. True, provided that all dietary recommendations are followed.

How to eat in case of poisoning

In order to understand why it is so important to make adjustments to your diet, it is enough to look at the problem “from the inside”. During food poisoning, the normal processes of secretion of mucus and digestive juices are disrupted in the stomach and intestines. At the same time, peristalsis increases, muscle tone decreases. Toxins released by pathogenic microorganisms irritate the mucous membrane. But not only the intestines, but also the pancreas and the liver suffer from their negative influence.

It is possible to minimize their effect on the body by taking certain medications, for example, sorbents, and be sure to adhere to the basic principles diet for food poisoning… They consist in the exclusion of food products that are digested for a long time or simply irritate the mucous membrane, and adherence to the drinking regime. The latter allows you to avoid one of the most unpleasant consequences of poisoning – dehydration.

With diarrhea and vomiting, the body loses a lot of fluid and if it is not replenished, dehydration may occur at some point. Do not underestimate this condition, since at best it provokes headaches and fatigue, and at worst – a whole bunch of diseases, including death. Moreover, it is dangerous for both children and adults, especially if they have chronic ailments.

Drinking plain water is not enough to prevent it. It is necessary to take care of the availability of rehydrants – saline solutions that prevent dehydration. You can buy them at the pharmacy or make your own.

Interestingly, all of them not only replenish fluid losses, but also relieve attacks of nausea and vomiting and effectively cleanse the body.

Water. With intense vomiting, it is better to drink it in small sips, so as not to aggravate the situation. You can replace it with frozen ice cubes (for their preparation, mineral water is mixed with lemon juice).

Apple juice. It has antimicrobial properties, but in large quantities it only aggravates the situation – you should not forget about it. By the way, in folk medicine it is replaced with apple cider vinegar diluted with warm water at the rate of 2 tsp. vinegar for 1 glass. You need to drink the resulting product in small portions throughout the day. Baked apples are also shown.

Barley and rice teas. They are especially effective for diarrhea, as they not only get rid of it, but also well relieve inflammation in the intestines.

Bananas – they are easily digested and at the same time enrich the body with useful substances – potassium, magnesium, phosphorus, calcium, selenium, iron, zinc and vitamin B6. In addition, the results of recent studies have shown that their pulp can act on the body like sorbents, binding and removing toxic substances. It is interesting that abroad there is even a special diet “BRAT”, which is used for food poisoning and involves the use of bananas, applesauce, rice and dried bread.

Chicken broth – it is better to add it to your diet when you feel appetite. According to doctors, it not only satiates, but also promotes a speedy recovery.

Boiled rice without salt – it has adsorbing properties and effectively removes toxins from the body, as well as relieves diarrhea. It must be cooked with plenty of water to make a thin porridge. Buckwheat and oatmeal can be added to the diet to relieve symptoms.

Rosehip decoction – it contains a huge amount of vitamin C and also has astringent properties. You can replace it with broths of blueberries, black currants or St. John’s wort.

White bread croutons are a source of carbohydrates.

Boiled chicken stomachs – they are good for diarrhea.

Decoctions of dried fruits – they compensate for the lack of vitamins and minerals and help restore the gastric mucosa.

Kissel – it relieves diarrhea and enriches the body with useful substances.

What does the body need after poisoning?

What can not be eaten after poisoning

Until complete recovery, it is better to exclude:

Food poisoning is a disease that can overtake a person at any time. However, you should not be afraid of it if you have a set of basic products at hand that can fight it, and before your eyes are the recommendations of specialists. Nevertheless, in the event of its aggravation, it is still not worth relying on them completely. It is important to see a doctor as soon as possible, and then simply use the above tips in conjunction with the therapy prescribed by him.