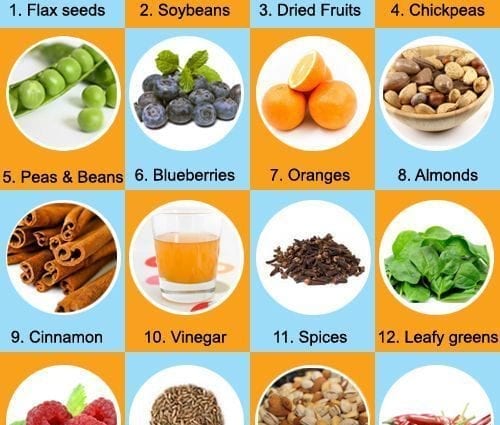 Children are flowers of life. This is our joy and weakness. We love them immensely and endlessly dream of them. But we cannot always conceive. Most interestingly, the reasons for this often lie not so much in the health problems that women or men have, but in their diet. And in this case, to fulfill the cherished dream, you need very little: remove some foods from it, replacing them with others.

The influence of nutrition on the ability to conceive in scientific circles has been talked about relatively recently. Several years ago, Harvard University specialists developed the so-called “Fertility diet”And proved its effectiveness in practice. They conducted a study in which more than 17 thousand women of different ages took part. His results showed that the diet they created can reduce the risk of developing infertility due to ovulation disorders by 80%, which is most often its root cause.

Nevertheless, according to scientists, this nutrition system has a positive effect not only on women, but also on men. This is explained by the fact that all foods, or rather the substances that they contain and enter the body, affect the reproductive system. So, the synthesis of hormones, for example, is carried out thanks to phytonutrients. And the protection of the egg and sperm from free radicals is provided thanks to antioxidants.

Jill Blackway, co-author of the book “3 month fertility program“. She claims that in different phases of the cycle in a woman’s body, different processes occur, associated with the synthesis of certain hormones. Therefore, “if a woman wants to increase her chances of pregnancy, she needs to eat those foods that her body needs at one time or another.” In other words, during menstruation, she needs to consume more iron, during the follicular phase – phytonutrients and vitamin E, and during ovulation – zinc, omega-3 fatty acids, vitamins B and C.

It is worth noting that unlike others, the fertility diet has received the approval of many scientists and doctors. And all because it does not provide for any dietary restrictions, on the contrary, it recommends to diversify it as much as possible with healthy foods. Moreover, there should be not just enough of them, but really a lot in the diet. In the end, nature “programmed” a person in such a way that during a famine he could not produce children, and in conditions of abundance he enjoyed his offspring to his heart’s content.

🚀More on topic:  Food for a nursing mom

The fertility diet says: want to get pregnant? Eat everything and more. However, one should not forget that men and women are different. Different processes take place in their bodies, and different hormones are synthesized in different quantities. That is why they need different vitamins and minerals for conception.

What do women need?

What do men need?

Eggs are a source of vitamins B12, D and protein – these and other micro and macro elements are responsible for the formation of new cells and the synthesis of sex hormones in both sexes.

Spinach is a source of iron, protein, carotene, organic acids, antioxidants, vitamins and minerals that directly affect fertility. In addition to it, other dark green leafy vegetables have the same properties.

Beets – they contain iron, which takes part in the processes of hematopoiesis and promotes the onset of ovulation in women.

Lentils – they contain essential amino acids. Nevertheless, it is necessary to use it already because it is one of the few environmentally friendly foods that are not capable of accumulating toxic substances.

Almonds are a source of vitamins B and E, as well as vegetable fats, which help to normalize hormonal levels in women. In addition, it contains the copper, phosphorus, iron, potassium and protein that men need.

Olive oil – contains a huge amount of nutrients and promotes their absorption. You can replace it with olives.

Avocado is a source of oleic acid, which normalizes blood cholesterol levels.

Broccoli – It contains vitamin C, zinc, selenium, phosphorus and beta-carotene, which contribute to the onset of conception.

Berries are a source of vitamins B, C and A, as well as a number of trace elements that have a positive effect on the functioning of the reproductive system.

Yogurt – contains vitamins D, B12, zinc and a huge amount of protein. Among other things, it improves digestion and absorption of nutrients.

🚀More on topic:  Food during pregnancy

Liver – It contains vitamin D, zinc, selenium, folic acid, iron and vitamin B12 – all those substances that directly affect the ability to conceive.

Oysters are a source of zinc, which has a tremendous effect on the immune and reproductive systems. You can replace them with any other seafood.

Honey is a product that contains a maximum of useful substances, and is also a powerful aphrodisiac.

Salmon is a source of vitamin D, omega-3 fatty acids, selenium, zinc and vitamin B12, which improve sperm quality in men and hormone synthesis in women. Other types of fish will work instead.

Legumes are ideal foods for fortifying the body with iron, protein, and folic acid.

Buckwheat and other grains are complex carbohydrates that provide the body with energy and normalize blood sugar levels. The latter, by the way, can cause hormonal disorders in women.

Pineapple is a source of manganese.

Garlic – It contains selenium and other substances that increase the chances of pregnancy and contribute to its preservation in the future.

Turmeric is a source of antioxidants.

What can hinder conception

Despite the fact that there is a 100% guarantee of success fertility diet does not give, it becomes more and more popular every year. Simply because it allows you to heal the body before pregnancy and make an invaluable contribution to the health of the unborn baby. Whether or not to listen to her recommendations is up to you! But, according to experts, it is still worth trying to change your life for the better with its help!

Don’t be afraid of change! Believe in the best! And be happy!