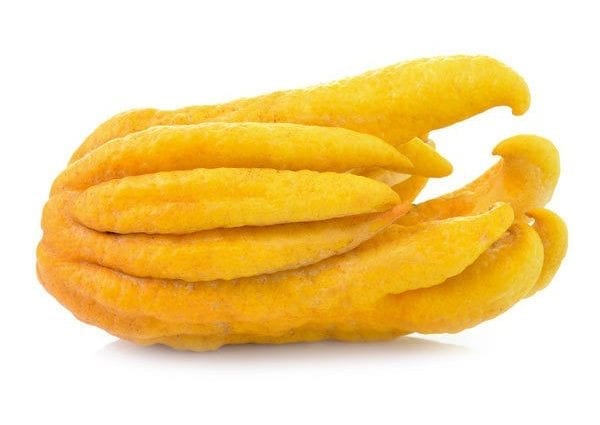 For its unusual appearance, the citron was nicknamed “the hand of Buddha”. After all, the fruit is like a hand.

Finger citron is an exotic plant, but not entirely distant from us. You can buy it in some supermarkets. The prices, however, are not very affordable.

This rare fruit from the citrus family can be found today only in very limited areas. Theophrastus, Virgil, Palladio, Martial wrote about citron, but the oldest mention of it is found in the Bible.

The origin of the amazing citrus tree chedro (or citron) is shrouded in legends. Botanical scientists have not come to a common conclusion how this rare plant got to the territory of Europe in general and Italy in particular.

Historians have put forward their assumption that the outlandish fruit was brought to the Mediterranean lands in the III century. BC e. Alexander the Great, perhaps from the banks of the Nile, or perhaps from Mesopotamia or India.

A fairly long stretch of the Tyrrhenian Sea coast in Calabria between the cities of Praia a Mare and Paola is called the Lemon Riviera in the Russian-language annals, which is absolutely wrong, since the original name “Riviera dei Cedri” is translated as “Riviera of Citrons”.

Lemon trees grow in abundance in almost all countries of the Mediterranean, and citrons take root only in areas with special soils and microclimate. So do not offend the Calabrians by calling this coast “lemon”. They own a unique land capable of supporting the life of the rarest citrus plant in the world.

From time immemorial, rabbis from all over the world have come to the Riviera dei Chedri every year to select citron fruits for the traditional Jewish harvest festival Sukkoth, or festa delle capanne. Not every fruit is suitable for the role of a ritual symbol; each fruit undergoes a thorough, almost microscopic examination.

Everything is done in accordance with the testament left to the Jewish people by Moses himself, according to which the citron fruit is as important a cult attribute as a seven-branched candelabrum or a palm branch.

Until the middle of the XX century. in the Italian city of Trieste, there was the world’s only “chedro market”, which received rare citrus fruits that have undergone strict certification. But after 1946, the citron auction was moved to Jerusalem.

In shape and color, citron practically does not differ from lemon, however, there is a variety of it called “Buddha’s Fingers”, which is not similar to any citrus culture. Grown in Japan and China, this variety of citron really resembles fingers, the lower part of the fruit is divided into several elongated lobules, they do not contain seeds.

Citron is mostly lemon-yellow in color, there are yellow-green and orange varieties, the peel is dense, thick, does not separate from the pulp. The taste of citron is sweet and sour, often with a bitter tinge, the size of the fruit is impressive, it can be up to 30 centimeters in diameter, and about 40 centimeters long. Citron pulp is rarely consumed fresh; more often it is used as an additive in confectionery.

The peel contains many essential oils, it has a strong aroma, so citron peel is added to confectionery, drinks, and candied fruits are also made from it. Essential oils and citron extracts are used in the cosmetic industry, they are added to shampoos, toilet waters and other products. Citron essence perfectly refreshes the indoor air.

The benefits of citron

Citron contains a huge amount of vitamins, it is especially worth highlighting vitamins A, C, group B, useful fiber, minerals and trace elements are also found here. The citron fruit has antiseptic and antiviral properties, it is used to treat laryngitis, various types of bronchitis, prepare remedies for angina and bronchial asthma.

As a medicine, it is recommended to drink hot citron juice, you can add honey or decoctions of medicinal herbs, for example, coltsfoot, to it.

In the absence of appetite and in case of indigestion, it is recommended to add citron to chicken broth. Citron juice perfectly tones, it is also believed that it helps to cure alcoholism.

Citron has contraindications, so the fruit is not recommended for those who are diagnosed with peptic ulcer disease, for patients suffering from gastritis, pancreatitis and viral hepatitis. Citron enhances the work of the digestive glands, and this can exacerbate these diseases.

How to choose and store citron

The citron pulp does not separate very well from the rind, but if the fruit shrinks a little, then the pulp will be impossible to separate at all. This citron is not good for food. The fruit should be firm, fresh, without signs of rot, dark spots.
In the refrigerator, citron can be stored for about 10 days.

How to eat citron, recipes

The pulp of citron is bitter, dryish, and therefore is practically not used in its raw form. But it is well suited for making jams, sauces, marinades, juices, baked goods. It can also be used as a seasoning for fish dishes. Candied fruits are made from citron peels.

Drain the water, move the fruit to a saucepan, add water so that it completely covers the contents, boil.

Drain the water again, pour fresh, boil again. Drain the water a third time and weigh the resulting mass. Mix with sugar in a 1: 1 ratio. Add water again and keep on low heat, stirring for about 45 minutes, until the mass thickens to the consistency of jam.