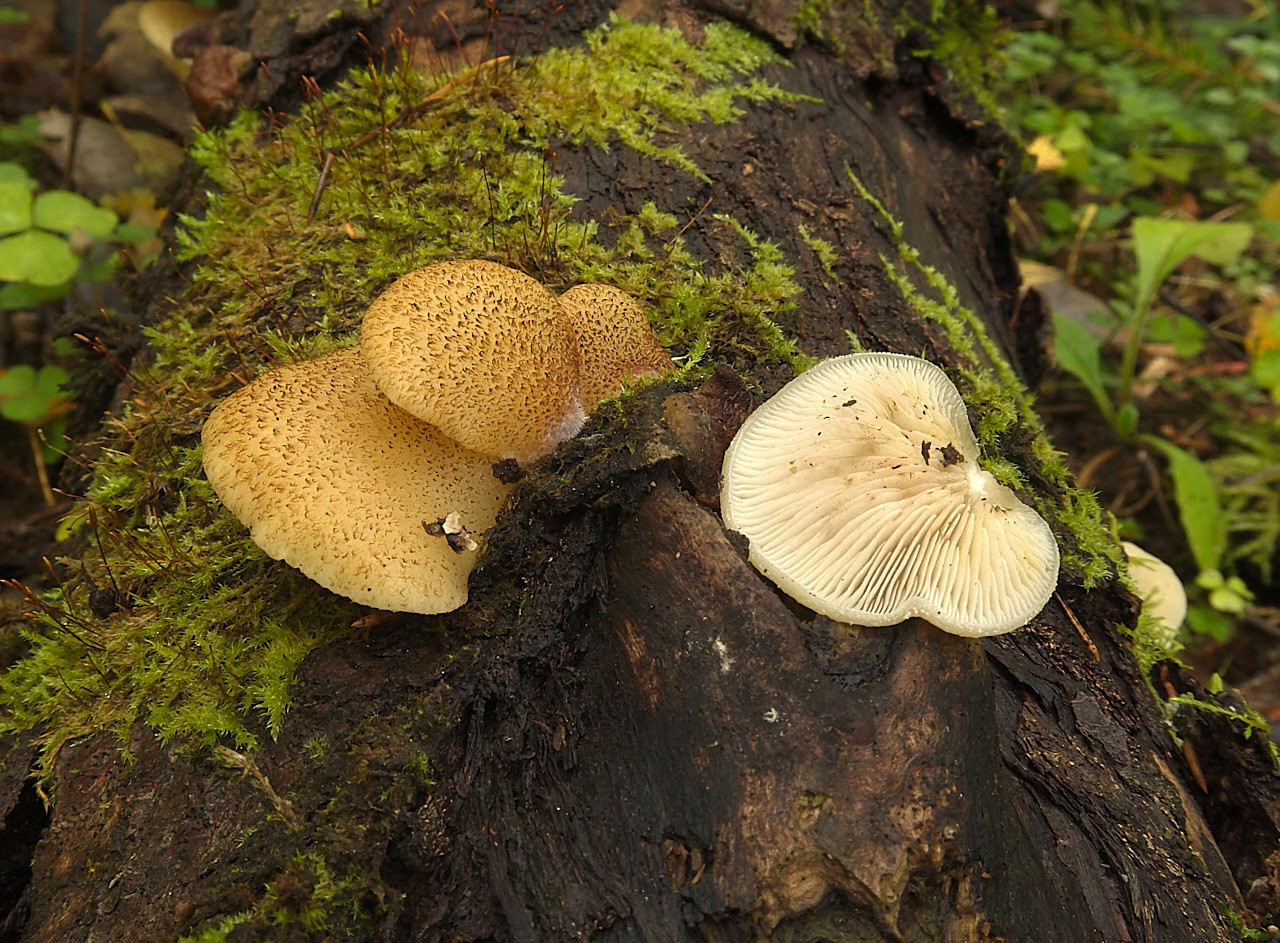 In taxonomy among mycologists, there are some disagreements in taxonomy, some attribute crepidotes to the family Inocybaceae, others believe that they should be placed in a separate taxon – the family Crepidotaceae. But, let’s leave the subtleties of classification to narrow specialists and go directly to the description.

fruit bodies cap sessile, semicircular, in young mushrooms kidney-shaped in a circle, then shell-shaped, from pronouncedly convex to convex-prostrate, prostrate. The edge of the cap is slightly tucked up, sometimes uneven, wavy. The surface is light, white, beige, pale yellow, ocher gelatinous, covered with scales that are darker than the color of the cap surface. The color of the scales is from yellow to brown, brown. Scales are located quite densely, at the point of attachment to the substrate their concentration is higher. To the edge, the density of scales is less, and they are further and further apart from each other. The cap size is from 1,5 to 5 cm, under favorable growth conditions it can reach 10 cm. The gelatinous cuticle is separated from the fruiting body. A whitish fluff can often be observed in the area of ​​​​attachment of the fungus.

No distinct odor or taste. Some sources indicate the presence of a sweetish aftertaste.

Hymenophore lamellar. The plates are fan-shaped, radially oriented and adherent to the place of attachment to the substrate, frequent, narrow, with a smooth edge. The color of the plates in young mushrooms is white, light beige, with age, as the spores mature, it acquires a brown tint. 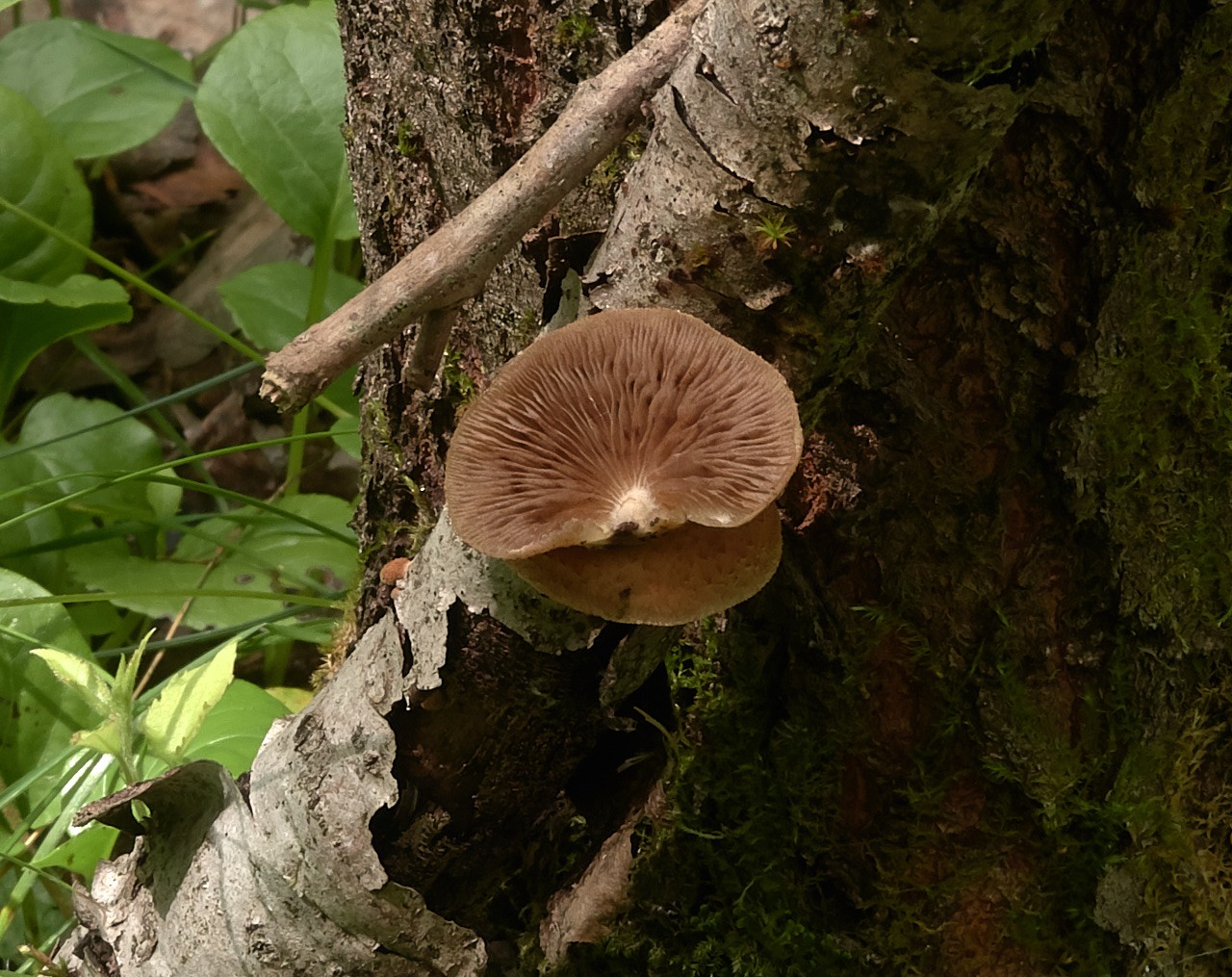 Leg in young mushrooms, the rudimentary is very small, of the same color as the plates; in adult mushrooms, it is absent. 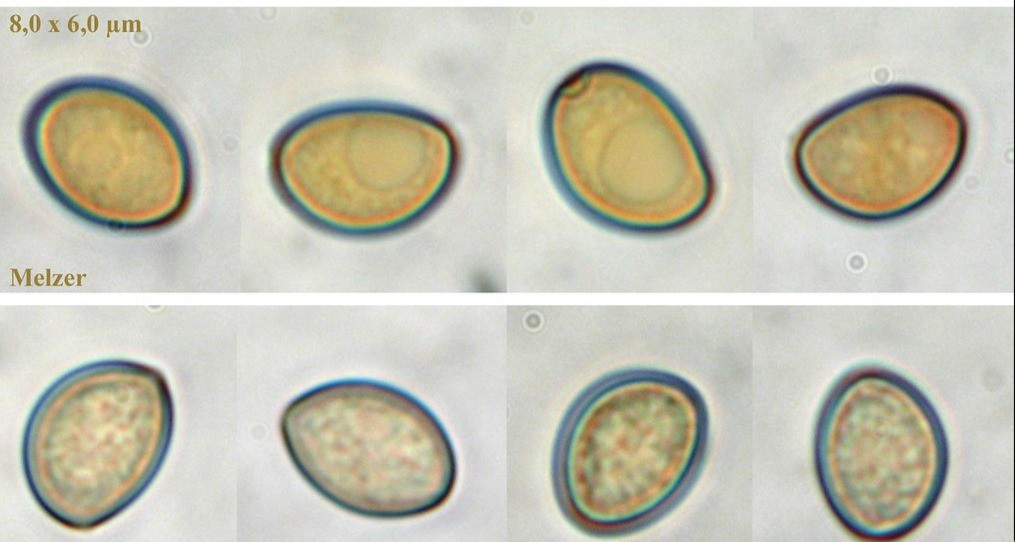 The cuticle consists of loose hyphae immersed in a gelatinous substance 6–10 µm wide. On the surface they form a real epicutis, very pigmented.

Beautifully scaled crepidote is a saprotroph on deadwood of deciduous trees (poplar, willow, ash, hawthorn), much less often on coniferous trees (pine), contributes to the formation of white rot. It occurs infrequently, from July to October, in more southern regions – from May. The distribution area is the temperate climatic zone of Europe, North America, Our Country.

Low-value conditionally edible mushroom. Some sources indicate some medicinal properties, but this information is fragmentary and unreliable.

Beautifully scaly crepidote has a distant resemblance to some types of oyster mushrooms, from which it can be easily distinguished by the presence of a gelatinous scaly surface of the cap. 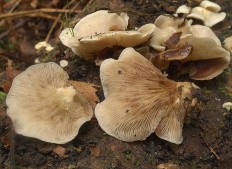 Differs in the almost complete absence of scales on the cap, a lighter hymenophore. 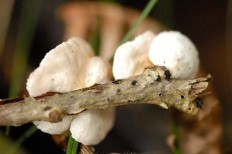 Smaller in size, the plates are noticeably less frequent, the surface of the cap is not scaly, but felt-pubescent.

Photo: Sergey (except for microscopy).

8 ways to improve your memory