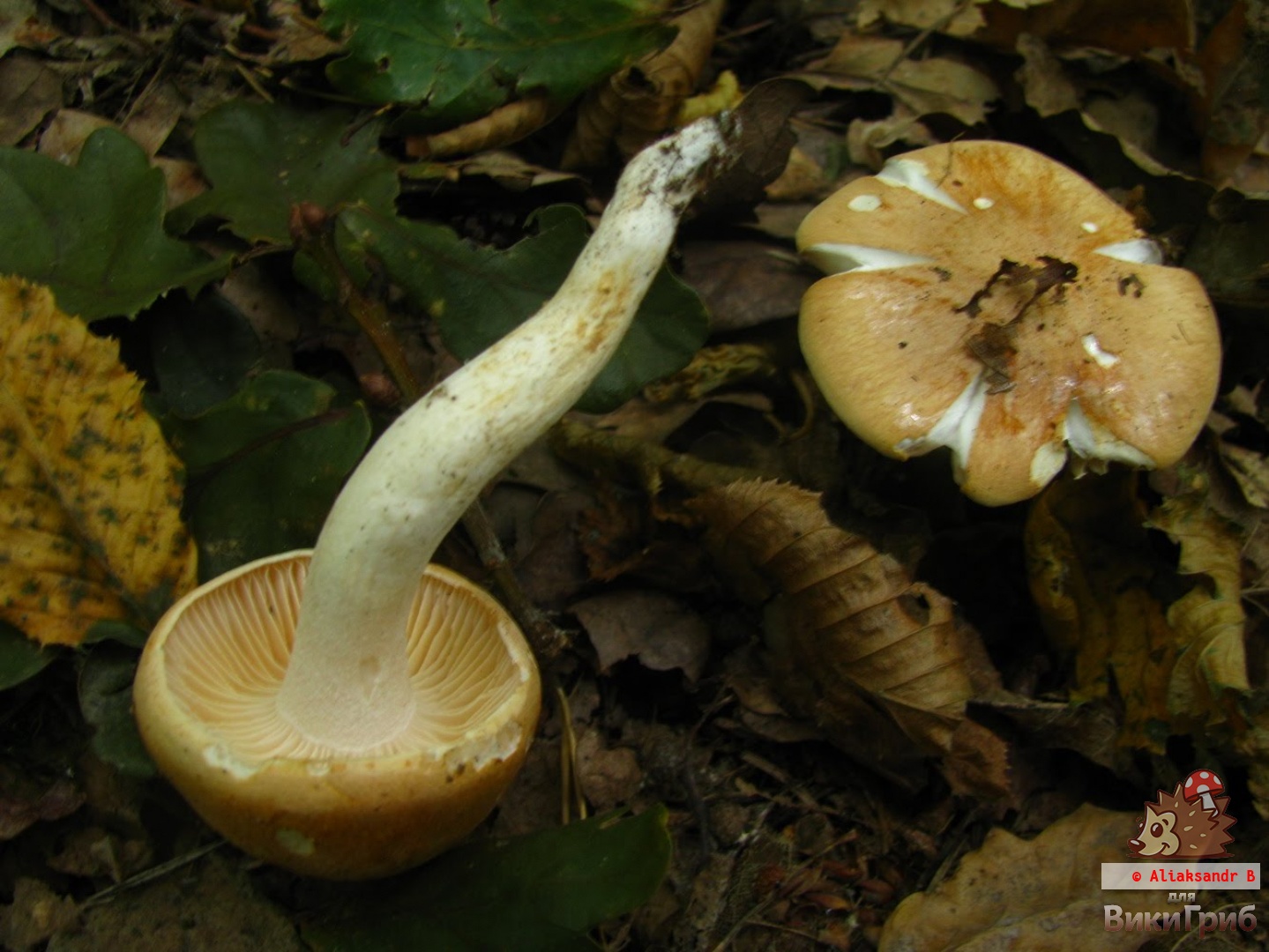 head: thick-fleshed, from four to seven centimeters in diameter. Sometimes it can reach ten centimeters. At a young age, convex, with a strongly curved edge. Over time, it straightens and becomes prostrate, with a straight (rarely, wavy) edge and a wide, rounded tubercle. Sometimes depressed, with a flat tubercle in the deepening. In mature mushrooms, the edges of the cap may crack. The surface is dry, matte. It is covered with thin, dense, radial fibers, because of this, to the touch, it resembles thin felt.

The color of the cap is orange-yellow, with a fleshy sheen. In the center, usually a little darker. 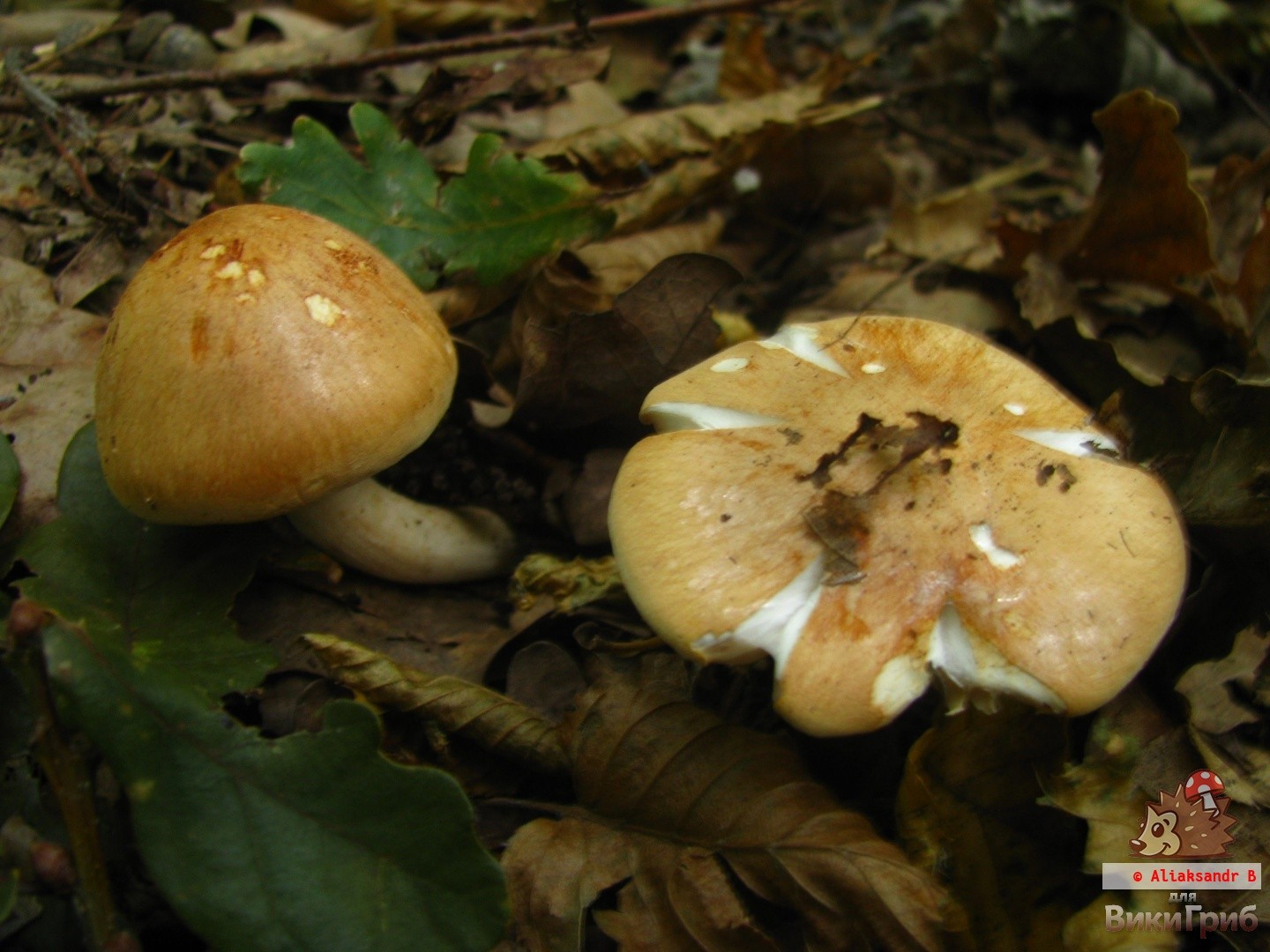 Records: sparse, wide, thick, slightly descending along the stem. The color of the plates of Hygrofor oak is pale cream, slightly lighter than the cap. With age, they may acquire a slight reddish-orange tint.

Leg: 4-10 cm high and 1-2 cm thick, with firm white flesh. Curved and, as a rule, narrowed towards the base. Only occasionally there are specimens with a straight cylindrical leg. The upper part of the leg is covered with small, powdery scales. Off-white or light yellow. The lower part of the leg is fibrous-striated, covered with longitudinal small scales. Beige, sometimes with orange spots.

Pulp Oak hygrophora dense, elastic, white or yellowish, darker under the skin of the cap. With age, it acquires a reddish tint.

Basidia: Subcylindrical or slightly club-shaped basidia are usually 40 x 7 µm and mostly have four spores, sometimes some of them are monosporic. There are basal fixators.

Oak hygrophorus is found mainly in broad-leaved forests, along glades, on the edges and roadsides of forest roads, among withered foliage, more often on solonchak soils. Grows singly or in small groups. In accordance with its epithet – “oak” – prefers to grow under oaks. However, it can “change” oak with beech, hornbeam, hazel and birch.

Fruiting from August to October. Occasionally it can also occur later, before the onset of winter. Drought tolerant, tolerates light frosts well.

Agaricus nemoreus is found in the British Isles and throughout continental Europe from Norway to Italy. Also, Hygrofor oak can be found in the Far East, in Japan, as well as in North America.

In most places, quite rare.

A wonderful edible mushroom. Suitable for all types of processing – pickling, salting, can be dried. 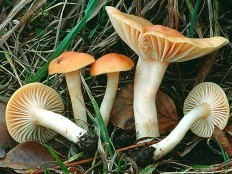 Mushroom found in meadows and pastures, among the grass. Its growth is not tied to trees. This is one of the most striking features that distinguish Hygrofor meadow from Hygrofor oak. In addition, Cupphophyllus pratensis has a bare, smooth surface of the cap and strongly descending plates, as well as a stalk without scales. All these macro-features allow, with sufficient experience, to distinguish these species from each other.

Hygrophorus arbustivus (Hygrophorus arbustivus): is considered a southern species and is found mainly in the Mediterranean countries and the North Caucasus. Prefers to grow under beeches. However, oaks also do not refuse. It differs from Hygrofor oakwood in white or grayish plates and a cylindrical, not narrowed to the bottom, leg. Also Hygrophorus arborescens is less fleshy and generally smaller than Hygrophorus oak. The absence of a floury smell is another significant distinguishing feature.

World Recycling Day: How to change the world for the better

Are you really tolerant? 7 signs of intolerance

The Ministry of Nature presented plans for 2018