Glossary of the gourmet: 8 main types of pepper 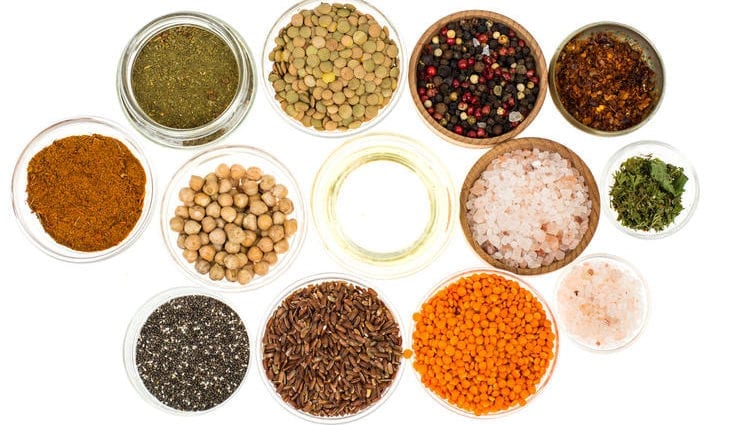 There are many types of peppers – red, black, white, pink, sweet, jalapenos. How to choose the one that best fits the dish? This spice is made from various plants and their parts. One thing unites them: the pungency of spices. 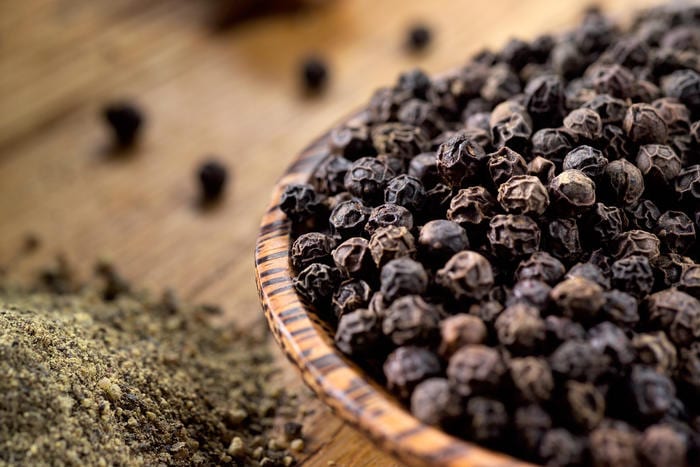 The most versatile type of pepper is made from unripe fruit of the vine piper nigrum. Black pepper fruit is harvested, boiled, dried in the sun until it turns black. Black pepper is the most bitter of all grains because it contains the alkaloid piperine, and the spicy flavor of a seasoning imparts essential oil.

Black peppercorns are added to soups and stews at the beginning of cooking, giving it more flavor. Ground pepper is added to a dish at the end.

White pepper is produced from the fruit of the same piper nigrum. In this case, the Mature fruits. They are soaked in water for a week, then producers remove the skins and dry them in the sun.

White pepper is not as spicy as black. It has a warm, deep spicy aroma. White pepper is better to add in the middle of the cooking process, so he had to reveal the taste. It goes well with boiled dishes and French recipes. 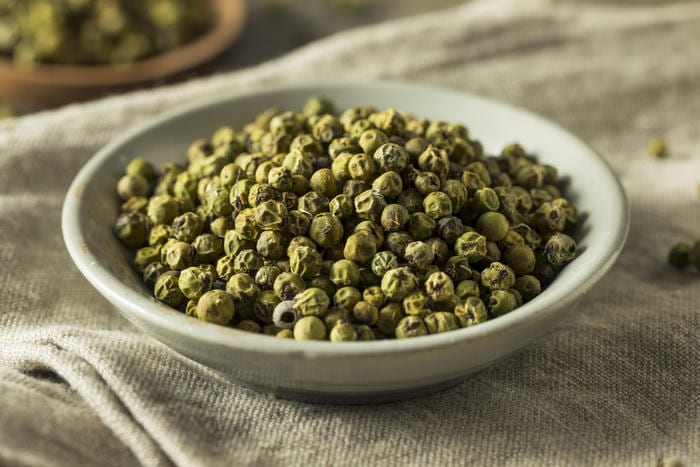 The third type of pepper plant piper nigrum. The fruits are slightly immature, dried in the sun, and soaked in vinegar or brine for juiciness. Green pepper has a spicy, pungent taste. This is the most fragrant of the peppers and peas; it has a pleasant herbal smell.

Green pepper quickly loses its flavor, so it is not kept long. Goes well with Asian dishes recipes, meat or pickles, and marinades. 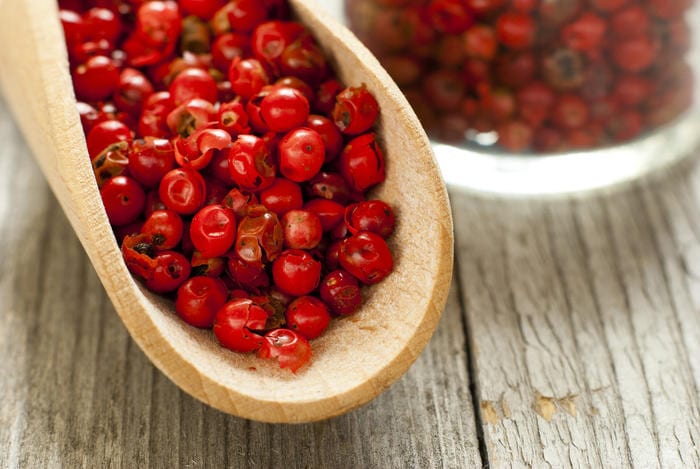 Pink pepper is the dried berries of South American shrub called “sinus fatality.” It is called pepper because of the similarity in shape with the usual varieties of peppers.

Pink berries are not too spicy, slightly sour, and spicy taste. Delicate aroma evaporates quickly because grinding this type of pepper is not recommended. Pink pepper goes well with steaks and other meat dishes, seafood, light sauces, and gravy. 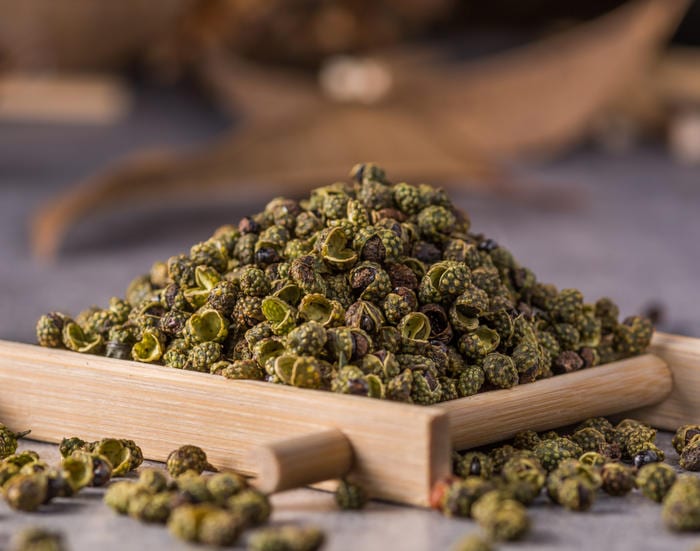 These rough green peas are dried skins of the berries of the plant Zanthoxylum Americanum. When removed: it is tasteless and has a nasty texture of sand. The very shell is ground and gets a little warm on a dry pan to enhance the flavor.

Sichuan pepper has a flavor similar to anise and lemon, a “chill” sensation on the tongue. It is added in Chinese and Japanese spice mixes. Added Sichuan pepper is usually at the end of cooking.

Red pepper is prepared from dried and ground fruits of the chili pepper. It is sharper than the black, so add it very carefully. Gives sharpness contained in the enzyme pepper capsaicin. Red pepper has a spicy flavor, but subtle, “mutes” the smells of other spices. Better to add it for a few minutes until tender.

Cayenne pepper – a touch of Mexican and Korean cuisine. Goes well with meat and vegetables. The pepper flakes are more flavorful than the ground substance. 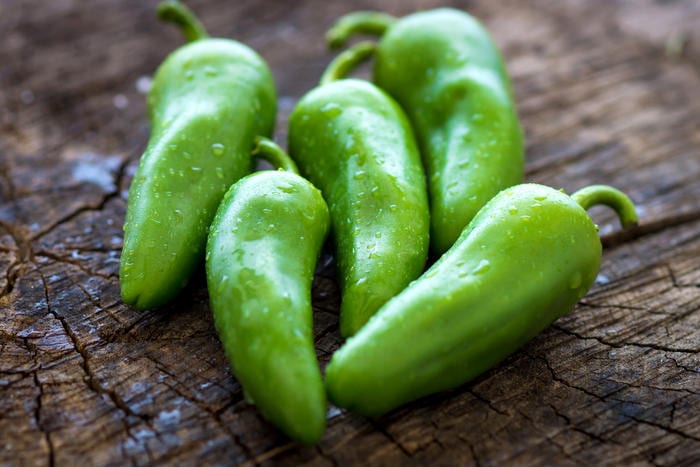 Jalapeno varieties of chili pepper, which is less acute. The taste of jalapeno is warm, spicy, slightly herbaceous. Jalapeno cereal is used in Mexican dishes, especially well combined with beans. You should add it in about 15-20 minutes before the end of cooking.

Often jalapenos are pickled in vinegar that gives it a nice sweet and spicy flavor. Jalapenos can be added to the pizza or finely chop and mix it with your favorite sauce for the bright colors. 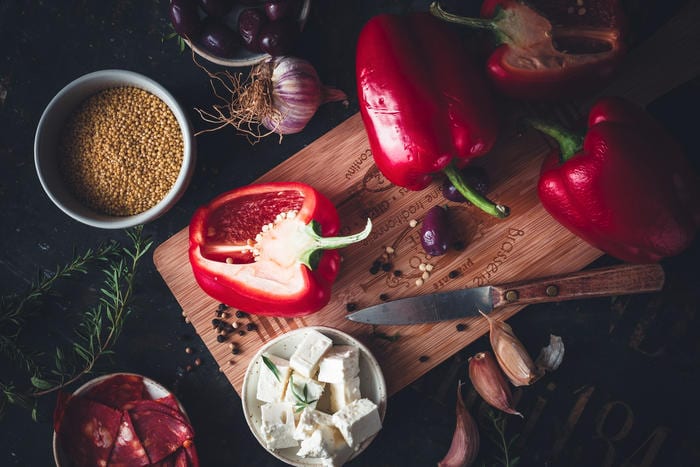 Red sweet pepper has a minimal amount of capsaicin, so it is not urgent. Paprika is prepared from the dried fruits of sweet pepper, often used in Mexican and Hungarian cuisine.

Pepper gives the dish a rich red color, suitable for meat, poultry, soups, and stews. You can not fry the peppers in the pan; most likely, they will burn and will lose all their taste.

2021-02-10
Previous Post: It’s time to return to a healthy lifestyle.
Next Post: Myths of canned food, which everyone is afraid

How the environment has changed since the first Earth Day

Panic attack: a serious illness or a far-fetched problem

How to get a child to eat broccoli?

How to create a New Year’s mood?