Soybeans can help you lose weight after menopause 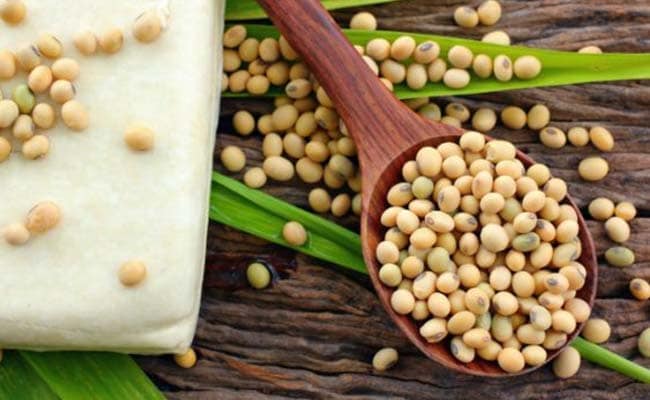 Rich in isoflavones, soybeans may prove useful for women who have trouble shedding extra pounds during menopause, suggest scientists whose research was published in the Journal of Obstetrics & Gynecology.

The reduction in the production of estrogen accompanying menopause can cause many ailments, including fatigue or hot flashes, and slower metabolism favors the accumulation of adipose tissue. For some time, scientists have suspected that soy may contribute to the alleviation of menopausal symptoms due to its properties, but research has so far not allowed to draw firm conclusions.

A recent study by researchers at the University of Alabama, Birmingham, involved 33 women, including 16 African American women, who drank a daily smoothie for three months containing 160 milligrams of soy isoflavones and 20 grams of soy protein. Women in the control group drank milkshakes containing casein.

After three months, computed tomography showed that women who drank soy smoothies had a reduction in fat by 7,5%, while women taking placebo had increased by 9%. At the same time, it was observed that African American women lost an average of 1,8 kg of total body fat, while white women lost belly fat.

The authors of the study explain the difference, however, by the fact that in white women, more fat is usually stored in the waist, so the effects of the treatment are most visible here.

However, Dr. Oksana Matvienko (University of Northern Iowa) is skeptical about these conclusions, pointing out that the research was too short and that too few women took part in it. In her own research, Matvienko followed 229 women over a year who took tablets containing 80 or 120 milligrams of soy isoflavones. However, she did not notice any changes related to fat loss compared to the placebo group.

Matvienko notes, however, that computed tomography is more sensitive than the x-ray used in her research, so researchers at the University of Alabama may have noticed changes that were not detected by her team. In addition, the difference in results may be explained by the fact that in previous studies, women were only given isoflavones, and in the current studies also soy proteins.

Both the authors of the latest and previous studies concluded that it is unclear whether the effects of soy can significantly improve women’s health during and after menopause (PAP).

2022-09-09
Previous Post: The soybean drug may inhibit the metastasis of prostate cancer
Next Post: Gastric reduction surgery – for whom is it recommended?