The popularity is due to the simplicity and low cost of cultivation, palatability and high biological efficiency.

Oyster mushroom cap is fleshy. At first, it is convex, and then it becomes smooth. In mature specimens, it has the shape of a shell (in Latin ostreatus – oyster) like an oyster.

The surface of mushroom caps is smooth and shiny, wavy. At the beginning of growth, the cap is indistinguishable from the leg. It then takes on the shape of an oyster, and then turns into a spatula or fan shape as soon as the mushroom reaches maturity. A depression is formed at the top.

The leg is dense and firm. It is thin from above, and thickens at the base. The base is covered with fine, whitish down. The place where the cap is attached to the leg is always eccentric, located away from the center.

The gills are thick, branched and run along part of the peduncle. The gills range from cream-white to ivory-white and grayish.

The flesh of the mushrooms is dense but tender. The color is white, the smell is pleasant, the taste is sweetish. The mushroom is not very aromatic and almost odorless.

The color of the cap of the oyster mushroom ranges from dark gray with purple tints to the color of light and even dark hazelnuts.

The tone that the mushroom takes is brownish-dark, brownish-reddish, from black-violet to blue-blue at the final stage of fetal development. Before death, the mushroom turns pale and white.

The leg is well developed and short. Due to the irregular cylindrical shape, the mushroom appears to be squat.

The period of growth and collection of mushrooms is autumn-winter. Usually oyster mushrooms bear fruit in late autumn, and the growing season is extended until spring. The development is stopped by frost, but if the weather warms up, the mushroom quickly resumes growth.

Oyster mushroom is a saprophyte fungus and only occasionally a parasitic fungus. It joins the stumps of poplars and mulberries. Oyster mushrooms develop in small groups, very close to each other. Often, mushroom caps are stacked on top of one another, like shingles on a roof.

These fungi develop on trunks even at a considerable height from the ground. They grow on deciduous and rarely coniferous trees. Oyster mushrooms are also common in city parks, along the edges of roads and highways. This mushroom grows from plains to mountains and there are no difficulties in breeding oyster mushrooms.

Oyster mushroom is widespread in many temperate and subtropical forests around the world, the mushroom does not grow in the Pacific Northwest of North America. It is a saprophyte that naturally decomposes dead wood, especially deciduous and beech plantings.

Oyster mushroom is also one of the few known carnivorous mushrooms. Its mycelium kills and digests nematodes, which biologists believe is the way the fungus gets nitrogen.

Oyster mushrooms grow in many places, but some species develop colonies only on trees.

This fungus most often grows on dying deciduous trees, it acts on them only saprophytic, and not parasitically. Since the tree dies from other causes, oyster mushrooms receive a rapidly growing mass of already dead and dying wood for growth. Oyster mushrooms really do benefit the forest, decompose dead wood, and return vital elements and minerals to the ecosystem in a form that can be used by other plants and organisms.

For growing mushrooms, shops sell boxes / bags with substrate and oyster mushroom spores and are convenient to grow at home.

Mushroom farming is very satisfying and beneficial for the family budget. There are two ways to grow this and other mushrooms. The first method is “manual” cultivation on the ground in a vegetable garden or greenhouse. The second, recommended one, is “industrial” cultivation using substrates (bales) already prepared by enterprises for use at home.

One should cut trunks in the cold season, possibly from poplar, with a diameter of more than 20 cm. The winter period is important because the tree must stop growing. After pruning, the stumps are stored in a shady place in an upright position awaiting use, which usually occurs between April and June.

then cut off 30 cm segments from the trunks, pits 1 meter wide and 120 cm deep are pulled out. Place a layer of mushroom mycelium on the bottom of the pit, and vertically locate trunks and placed on top. Then another layer of mycelium and the trunk, and so on. Cover the upper part with boards and poure a 15 cm layer of soil.

The heat and moisture that builds up inside the pit will make it easier for the mycelium to spread over the logs inside. In September, the trunks are removed and buried one at a time by 15 cm, at a distance of 30 cm from each other. After about twenty days, oyster mushrooms will begin to grow, which repeats in each subsequent season.

Growing oyster mushrooms on an industrial substrate in bags

This method of cultivation, which everyone uses comfortably right in the house, without the need to dig the ground or have free space in the yard.

In this case, you should use not chopped trunks, but bags with a substrate consisting of straw from corn, wheat and legumes. This compound is inseminated with mycelium cultures and then placed in a plastic container.

The bale made in this way is ready for incubation, this period lasts about 20 days and takes place in a place with a temperature of about 25 ° C. As soon as the mycelium penetrates the entire bag with the substrate, remove the plastic and place the bag on a shelf in a sunny or artificially lit place and maintain the temperature at about 15 ° C.

Oyster mushrooms grow in cycles in bags of substrate. The growth period is artificially interrupted by a drop in room temperature.

Both flavors are subtle and generally undetectable after adding mushrooms to the main course. In general, oyster mushrooms have a mild taste with a slight earthy undertone.

The gastronomic interest in mushrooms is due to two factors. First of all, it’s good edibility. Secondly, oyster mushrooms are easy to grow.

The culinary experts recommend discarding the leg, because it is not very tender and too hard. Oyster mushrooms are cleaned and cut, like all other types of mushrooms.

Oyster mushrooms are great for panning with or without other foods. They are also perfectly breaded as if they were cutlets, especially if they are soft young specimens.

After boiling for a few minutes, the mushrooms you can eat them, seasoned with oil, lemon, salt and pepper.

After a few minutes of pre-cooking, you should pourers the mushrooms with mayonnaise and seasoned with parsley and finely chopped green onions. To boil oyster mushrooms for this recipe, add vinegar with salt and pepper to the water. Professional chefs recommend using young specimens.

Oyster mushrooms, when put in oil or vinegar, retain their fleshiness. Thanks to this property, oyster mushrooms are suitable for fillings, rice salads and other recipes.

These mushrooms are also suitable for drying and grinding. In this case, it is advisable to add mushroom powders more aromatic than oyster mushrooms to the mixture.

For 100 grams of mushrooms, there are:

38 calories
15-25 g of protein;
6.5 g carbohydrates;
2.2 g fat;
2.8 g fiber;
0.56 mg thiamine;
0.55 mg riboflavin;
12.2 mg niacin;
140 mg phosphorus;
28 mg calcium;
1.7 mg iron.
Oyster mushrooms have a wide range of nutritional and medicinal properties. Like most edible mushrooms, they are an excellent source of protein, carbohydrates and fiber and are low in fat. The mineral composition of the mushrooms varies depending on the species and the substrates used.

As a rule, oyster mushrooms contain the following minerals: Ca, Mg, P, K, Fe, Na, Zn, Mn and Se. They are also a source of vitamins B1 and B2, thiamine, riboflavin, pyridoxine and niacin.

Oyster mushrooms are considered a functional food because of their ability to have a positive effect on human health. Some scientific papers report on the antimicrobial and antiviral properties of oyster mushrooms. Their methanol extracts inhibited the growth of Bacillus megaterium, S. aureus, E. coli, Candida glabrata, Candida albicans, and Klebsiella pneumoniae.

It is noteworthy that oyster mushroom extracts showed antitumor activity against some types of sarcomas of the lung and cervix. It is also reported that the level of antioxidants in the fruiting bodies is higher compared to other commercial mushrooms.

Many types of oyster mushrooms have biologically active compounds such as glucans, vitamin C and phenol, which enhance the action of certain enzymes that reduce liver cell necrosis. Oyster mushroom extracts have also been reported to lower blood pressure, have immunomodulatory and anti-aging properties.

The beneficial properties of oyster mushrooms are undeniable and numerous. But these mushrooms can also be harmful to humans.

The most obvious sign that the body does not take oyster mushrooms in large quantities is abdominal pain after a person has eaten mushrooms in any form, fried or boiled. There are no other specific contraindications. Lack of restraint in food is a sign that the eater has forgotten about the sin of gluttony, and not a side effect of the mushroom. In large quantities, oyster mushrooms provoke bloating, increased gas production in the intestines, lead to diarrhea and other dyspeptic disorders.

All mushrooms, including oyster mushrooms, take a long time to digest in the digestive tract. This is good for the body to extract more nutrients, but bad for a sensitive stomach. Oyster mushrooms cause pain in the epigastric region in children and the elderly.

Oyster mushrooms are allergenic to sensitive organisms. Therefore, they are used with caution for food allergies.

Like any other mushrooms, oyster mushrooms are consumed only after heat treatment, since chitin in a raw mushroom is dangerous to humans. 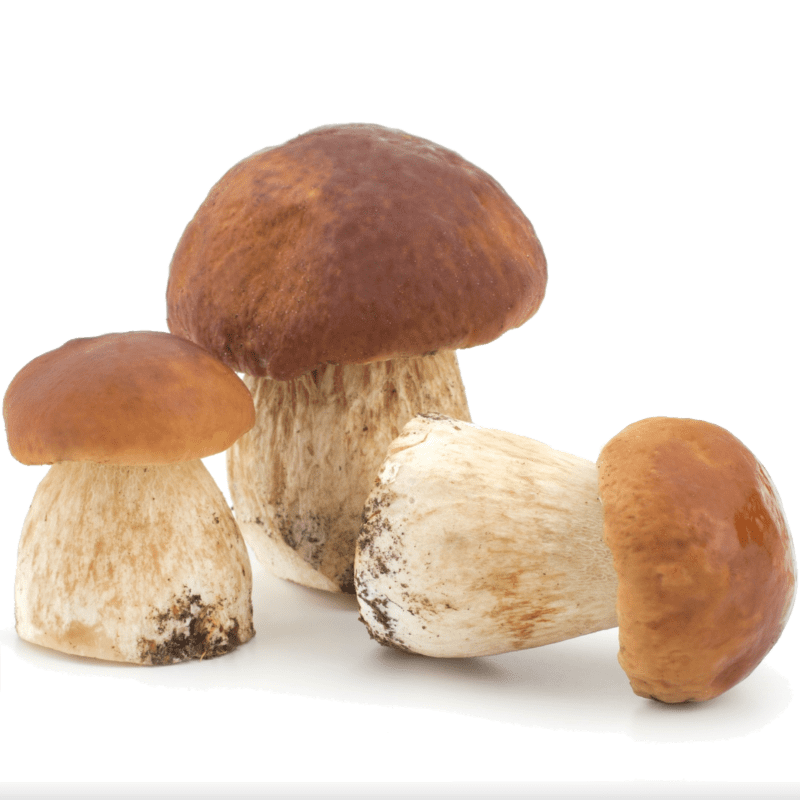 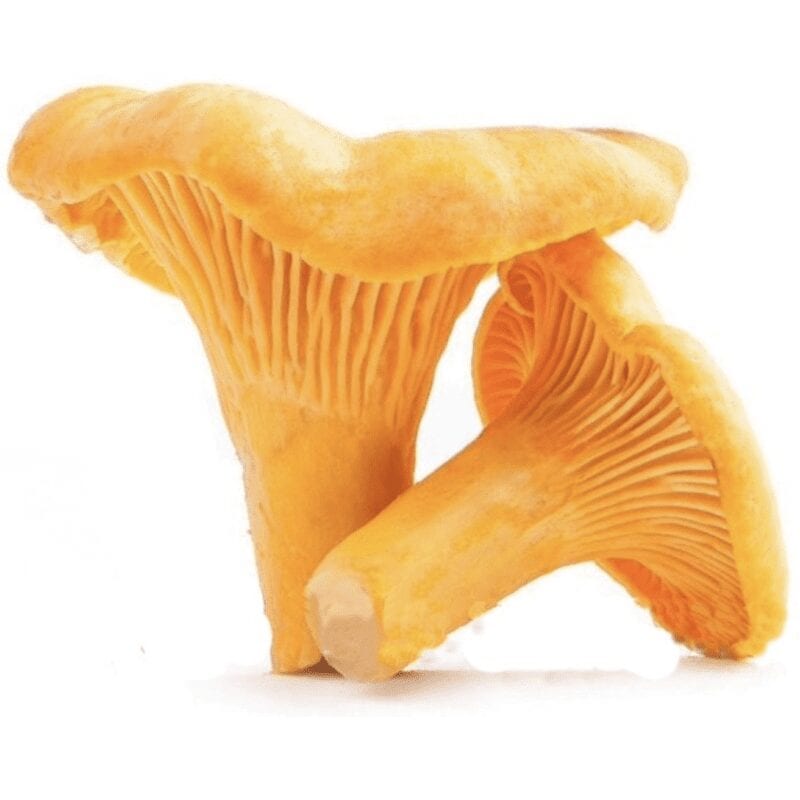 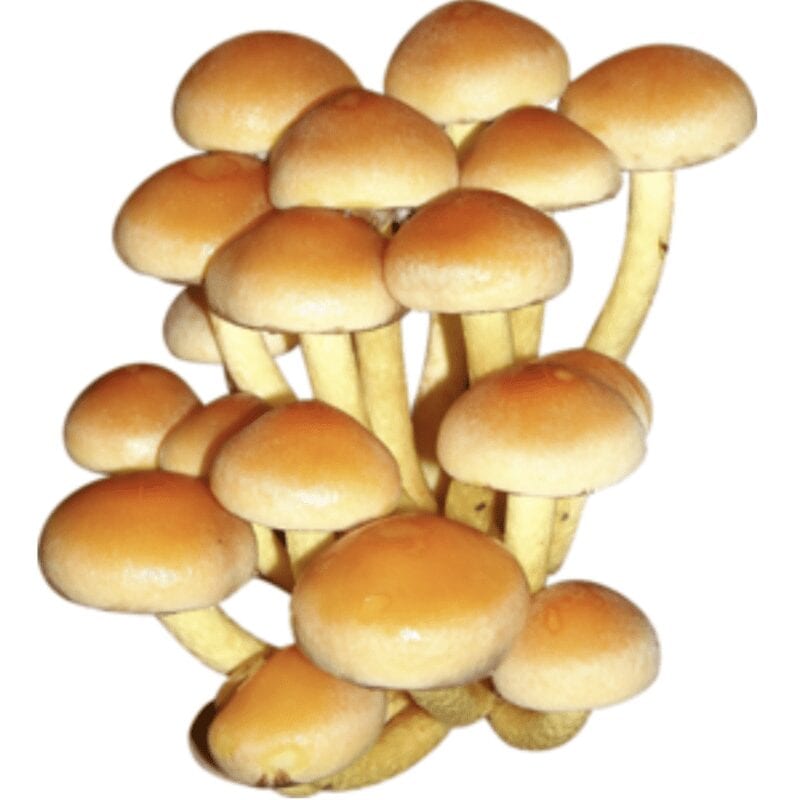