Irregular periods: everything you need to know 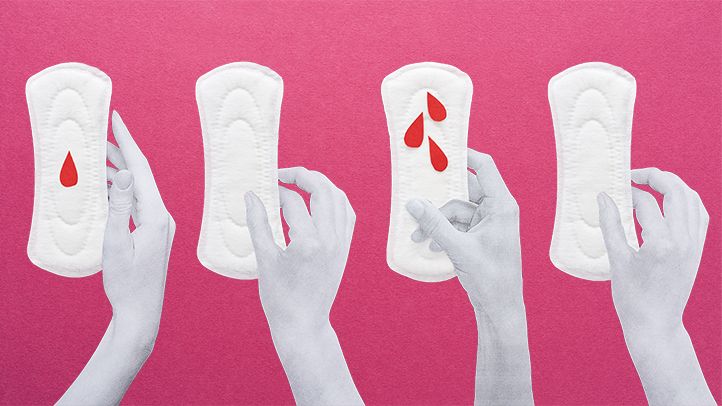 Definition: what is having irregular periods?

It is generally considered that a menstrual cycle is regular if you have your period every 24 to 35 days or so. When the cycle lasts less than 24 days, we speak of polymenorrhea, while we speak of oligomenorrhea when the cycle lasts more than 35 days. Still, the notion of irregular periods evokes that of irregular cycles, and changes in the duration or intensity of menstruation from one cycle to another. When the period of menstruation varies by more than five days from cycle to cycle, we can talk about irregular periods. We also talk about irregular periods when bleeding varies from cycle to cycle: sometimes very abundant, sometimes very weak …

Within a year of having a teenage girl’s first period, a period irregularity can occur without it being abnormal or pathological. Because the reproductive hormonal system, made up of exchanges between the ovaries and the hypothalamic-pituitary axis in the brain, can take time to set up. That said, we should not for all that consider that we are immune to pregnancy, because having irregular cycles does not always mean that there is noovulation. Also, during puberty, if a young girl is sexually active and wishes to avoid becoming pregnant, she should ensure that she has effective contraception, even if she has irregular periods.

However, the presence of irregular periods in the year following the first period may require a consultation with the gynecologist, if only to make sure that everything is normal. In case of severe pelvic pain, it is better to consult, because it could be a luteal cyst, an ectopic pregnancy or other.

Along with acne, possibly overweight and excessive hair growth, a period irregularity is one of the main symptoms of polycystic ovary syndrome (PCOS), a relatively common endocrine disease. PCOS is linked to a hormonal imbalance, with very often excess testosterone, a so-called “masculinizing” hormone. Several ovarian follicles are blocked at an intermediate stage, which blocks or disrupts the phenomenon of ovulation. This syndrome is diagnosed by ultrasound and hormonal tests.

Too much stress harms the functioning of the body, and can lead to irregular periods or even absent for several months. Stress at work, at home, moving, change of life, sick child… These are all factors that can disrupt a woman’s menstrual cycles. “This is very common, especially if you smoke tobacco or cannabis, drink coffee, take medication to calm you down or sleep to compensate.”, Specifies the National College of Obstetrician Gynecologists of France (CNGOF). A small medical visit is necessary for make sure the irregular periods are due to stress. Alternative medicine (acupuncture, homeopathy, osteopathy), yoga, relaxation can help regain a good mental balance and regularize the rules.

Breastfeeding can cause irregular periods

When it is exclusive and responds to several specific factors (baby less than 6 months old, feedings spaced no more than 6 hours apart, with at least 6 to 8 feedings per 24 hours, etc.), breastfeeding has a contraceptive effect, and thus prevents the return of diapers. But since the frequency of feedings can vary, for example if a baby receives occasional infant milk supplementation, it is quite possible for a breastfeeding woman to have her return from diapers and then back again. not having a period for several months. Despite everything, it is not because we do not have regular periods and that we are breastfeeding that we are safe from ovulation and therefore from a potential pregnancy. If you do not want to get pregnant while breastfeeding, a breastfeeding compatible progestogen pill may be necessary. for total contraceptive effectiveness.

Be that as it may, anarchic and irregular periods during a breastfeeding period should not a priori worry, unless they change in appearance (more or less abundant) and / or are accompanied by unusual pain.

In the same way that one is often confused in terms of appetite when one experiences jet lag, one can suffer from irregular menstrual cycles in the face of jet lag.

Shake up your internal biological clock has consequences, in particular on the production of melatonin, the sleep hormone, but also on reproductive hormones, and therefore ultimately on periods and ovulation. In case of prolonged absence of periods following travel, it may be a good idea to see a gynecologist to try to restore a normal, more regular menstrual cycle.

In fact, there are many factors and conditions that can lead to irregular periods. These include:

It may seem obvious, but it is always good to remember that the absence of periods is the first symptom of a new pregnancy. In the event of an abnormally long cycle with a late period, there is only one reflex to have: carry out a pregnancy test, urine or via laboratory beta-HCG assay.

While drugs can be prescribed to trigger menstruation, irregular periods require menstruation. find the cause (s) to choose the appropriate treatment. Examinations can be carried out for this, such as hormonal assessments by blood test, abdomino-pelvic ultrasounds, MRI, etc. Management will depend on the diagnosis obtained (polycystic ovaries, thyroid problem, ovarian cyst, stress, etc. jet lag,…).

Irregular periods: are there natural treatments?

Homeopathy (especially with the folliculinum and Pulsatilla granules), acupuncture, essential oils… Several alternative medicine approaches can help regulate menstrual cycles and overcome irregular periods. Better to resort to it on medical advice, to avoid any complications or dangerous interactions.

On the phytotherapy side, several plants are particularly interesting. These include the emmenagogues plants, which stimulate blood flow to the pelvic region and uterus, and thus may help trigger the rules. This is particularly the case of black cohosh, raspberry leaf, parsley, mugwort or sage (which is phytoestrogenic).

Others allow restore hormonal balance. This is the case of chaste tree, yarrow and lady’s mantle, the latter two having a progestational action. It is possible to consume them as an infusion, in the form of capsules or even as a mother tincture at the rate of a few drops diluted in water.