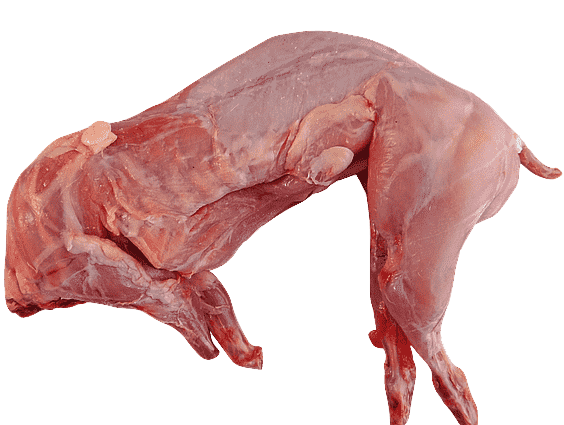 The hare is the most common type of small game. Lives almost everywhere. Lonely lifestyle. It goes out to feed in the evening, at dusk, or early in the morning. Lives, as a rule, in the places of his birth.

In case of danger, it moves away from the habitable places no more than 2 km, then comes back. In winter, highland hares descend into lowlands. The hare has its own paths in the habitat.

The hare is a very clean animal. Likes to comb hair with paws and wash with tongue. In the pasture, hares are constantly jumping up and down. Having discovered a danger, they knock with their paws. They return from feeding in the morning and hide in their den. They climb into the den with their backs, tangling traces against the wind. For a den, the hare chooses sunny, wind-protected places, quiet, dry.

It can be under a tree, bush, in dry grass, on arable land and in winter crops, etc. The color hides the hare well in its habitat. 3 the hare’s diet is a variety of plant foods. In winter, it feeds on winter crops and roots left in the fields, as well as dry grass.

Likes to nibble on bark from trees, especially from acacia trees, trees with a soft trunk of fruit trees. You can fight this damage by tying tree trunks with the beginning of winter. The most delicious meat is the meat of hares no older than one year. Young hares have plump legs, a short neck and soft ears.

The hare’s meat is covered with a film, from which it must be freed with a sharp knife. You only need to leave a thin layer of the skin. It is tough and therefore needs to be placed in the marinade for at least 10 hours before use, which will give it additional softness. The marinade can be an aqueous vinegar solution or vegetable vinegar or whey.

The taste of hares depends on species characteristics, methods of prey, age and, finally, on changes caused by one way or another of storage. Hare meat is dense, almost fat-free and has a specific flavor. Incorrect storage has an enormous effect on the quality of the meat.

If a frozen carcass is kept outdoors or indoors for a long time, it loses a lot of water and the meat becomes dark when exposed to air and / or light. When stored at very low temperatures (-25 and below), then when defrosting, such meat does not retain juice.

To maintain the optimal qualities of rabbit meat, you must:

drain as much blood as possible
store frozen carcasses in tight bags, at not very low temperatures

The age of a hare can be determined as follows – a young rabbit’s front legs can be easily broken, he has thick knees, a short and thick neck, and soft ears. The old hares are long and thinner.

Hare is characterized by a high content of proteins and fats and contains 182 kcal per 100 g. This type of meat is considered light and dietary in comparison with other types (rabbit, pork).

The peculiarity of hare is its low fat content. Despite this, hare is very nutritious. Therefore, it can be considered a dietary type of meat.

This type of meat is very healthy. It contains a rich vitamin and mineral complex.

Hare will be useful to any person, but it is especially recommended in baby food and in the diet of the elderly.

Hare is a protein product. Consuming it in large quantities can trigger the development of gout and arthritis. Children may develop neuro-arthric diathesis.

These harmful properties of hare are associated with the high content of purine bases in it, which in the process of assimilation are converted into uric acid. It is uric acid that leads to gout, as well as salt deposits and the formation of stones. Most of all, it goes to joints, tendons and kidneys.

Hare is contraindicated in psoriasis and psoriatic arthritis, which is explained by the high content of amino acids in the rabbit, which are converted in the human body into hydrocyanic acids, which reduce acidity in the body. A decrease in acidity provokes an exacerbation of these diseases.

Hare can cause an allergic reaction, so you need to focus on the individual tolerance of the product.

Hare meat in cooking, and rabbit meat, require preliminary processing – soaking in vinegar, vinegar-vegetable marinade or in milk whey for several hours (up to 10-12 hours). Then it is prepared by stewing (but not boiling or roasting). Hare – medicinal, dietary, dairy meat of high gastronomic properties.

Considering the high biological value and tenderness of hare meat, it is recommended for feeding children, nursing mothers, elderly people, as well as people suffering from food allergies, hypertension, liver and stomach diseases, etc. In terms of chemical composition, the protein content in hare is higher than in mutton , beef and pork, and less fat and cholesterol.

Protein from rabbit meat is absorbed by humans by 90%, while beef is absorbed by 62%. There are many elements useful for humans in hare meat: vitamins PP, C, B6 and B12, iron, phosphorus, cobalt, as well as potassium, manganese, fluorine. Sodium salts are present in meat in very small quantities, which makes it, along with other properties, really irreplaceable in dietary and baby food.

Hare is lean meat that tastes like rabbit meat. However, hare meat is tougher, more aromatic, darker in color, and slightly larger carcasses. The hare is distributed throughout Europe, Asia and East Africa. It has also been acclimatized in Argentina, Australia, the United States and New Zealand.The acclimatization of the rabbit in New Zealand has caused it to irreparably damage farm forage fields and is considered a pest there.

Hare in the oven