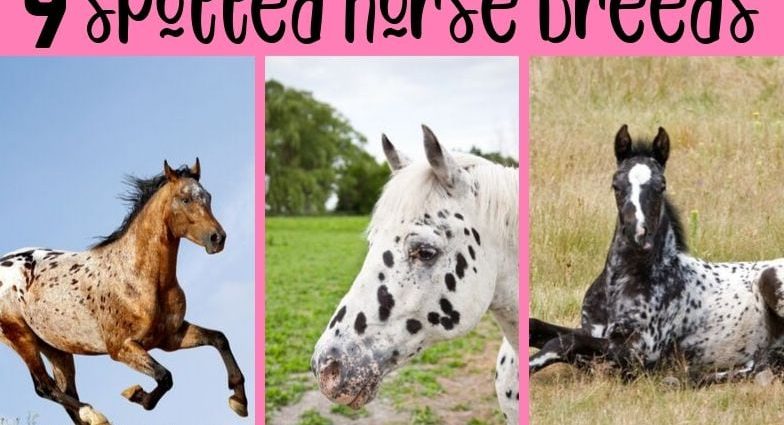 Gubar horse and spotted horse, living in the Amur basin, like other fish of the genus “horses”, despite the somewhat unusual name, are rather similar to barbels or minnows. As for the whole genus of horses, consisting of 12 species, it belongs to the carp family. All fish of the genus are inhabitants of freshwater reservoirs located in East Asia, in the northern part of the range from the rivers of the Russian Far East, the Japanese Islands and further south to the Mekong basin, where they are partially artificially bred (introduced). All fish of the genus are relatively small in size and weight, as a rule, not exceeding 2 kg.

As already mentioned, on the territory of the Russian Far East, in the Amur River basin, there is a spotted horse, as well as a gubar horse, which is one of the largest fish of the genus, growing more than 60 cm and weighing up to 4 kg. The spotted horse has a smaller maximum size (up to 40 cm). In appearance, the fish have both similar features and some features. The general ones include an elongated body, a snout with a lower mouth and antennae, like a minnow, and a high dorsal fin with a sharp spine. They differ from each other in such details as: the spotted pipit has a color similar to the minnow, while in the gubar it is silver-gray; the lips of the spotted horse are thinner, and the snout is blunt, in contrast to the gubar horse, with more fleshy forms. In addition to external characteristics, fish differ somewhat in their lifestyle and habitat. The spotted horse prefers to live in accessory water bodies, especially in lakes. It goes into the mainstream during the cold period of time. Food bottom, mixed. The main food of the spotted horse is various benthic invertebrates, but molluscs are quite rare. Young fish actively feed on lower animals living in higher layers of water, but when they grow up, they switch to bottom feeding. In autumn and winter, adult spotted pipits often prey on small fish, such as minnows. Unlike the spotted one, the gubar horse is a resident of the channel part of the river, preferring to exist in the current. Rarely enters stagnant waters. The diet is similar to the spotted horse, but its predatory instincts are much less developed. The main food is various near-bottom and bottom organisms. Both fish, to some extent, are food competitors of other demersal cyprinids, such as carps. Skates are mined in small quantities by fishermen.

Despite their small size and boneiness, the fish are quite tasty and are prepared in various ways. Features of catching Amur skates are directly related to the bottom lifestyle of these fish. The most successful fish are caught on natural baits with the help of bottom and float gear. In some cases, the fish reacts to small spinners, as well as mormyshka. In spring and autumn, the biting of the horse is the most productive and is distinguished by larger specimens. In addition, it is believed that skates are twilight fish and are best caught in the morning and evening hours, as well as at night. Fishing for skates with artificial lures is spontaneous and these fish are usually by-catch. Taking into account the fact that a medium-sized horse responds well to vegetable baits and is characterized by a flocking lifestyle, it is very effective to use feeder gear using bait mixtures from bottom gear. As a fishing trophy, fish are quite interesting, because when caught they show strong resistance.

Fish are caught on various animal and vegetable baits. Like bycatch, skates react to corn, bread crumbs, and more. At the same time, animals can be considered the most effective nozzles, in the form of various earthworms, sometimes terrestrial insects, shellfish meat, and so on. If you want to catch on spinning, you need to use small spinners and wobblers, while it is most effective during the autumn and spring zhor.

The spotted horse lives in the waters of China, but was accidentally relocated to some reservoirs of Central Asia. In the Amur basin, it is widely represented in the middle and lower reaches, in lakes and tributaries of the Amur, Sungari, Ussuri, Lake Khanka and others. In addition, a population is known in the rivers of the north-west of Sakhalin Island. The Gubar horse lives, taking into account the territory of China, on the Korean Peninsula, the Japanese Islands and Taiwan. In the Amur basin, it is widely represented, from the mouth to Shilka, Argun, Bair-Nur.

Both species become sexually mature at the age of 4-5 years. Spawning takes place in warm water during the spring and summer, usually in late May – early June. However, the timing strongly depends on the habitat of the fish and is associated with different climatic conditions of the area through which the Amur flows. Caviar sticky, attached to the ground. Depending on the conditions of existence, fish spawn on various types of soil, the spotted horse, living in calmer waters, lays eggs near water obstacles, snags and grass.

2022-12-07
Previous Post: Stickleback fishing: spawning, places and methods of catching fish
Next Post: Smelt fishing: gear for catching hooks from the shore with a bait in season

Yeast and sugar: the connection is clear

How to cut vegetables?

Panic attack: a serious illness or a far-fetched problem