Fish sailboat: everything about catching a sailboat with photos and descriptions 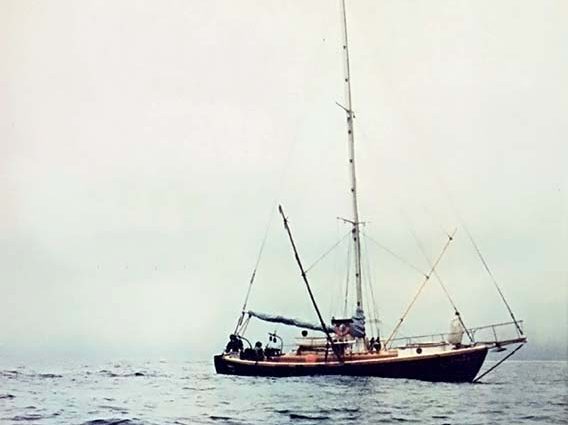 Sailfish is a representative of the marlin, sailboat or spearfish family. It differs from other species, first of all, by the presence of a huge anterior dorsal fin. At present, scientists have not come to a consensus on the possible division of sailboats into two types: Pacific and Atlantic. Geneticists have not found significant differences, but researchers have identified some morphological differences. In addition, it is generally accepted that Atlantic sailboats (Istiophorus albicans) are much smaller than Pacific sailboats (Isiophorus platypterus). The fish is characterized by a powerful running body. Due to the presence of a huge dorsal fin, in comparison with other marlins, it is less likely to be confused with the swordtail, a fish belonging to a different family. The main difference between the swordfish and all marlins is the larger nose “spear”, which has a flattened shape in cross section, in contrast to the round one of the sailfish. On the dorsal part of the sailboat are two fins. The large front starts at the base of the head and occupies most of the back, while being higher than the width of the body. The second fin is small and located closer to the caudal part of the body. The sail has a dark color with a strong blue tint. Another interesting feature of the body structure is the presence of long ventral fins, which are located below the pectoral fins. The body color of the fish is characterized by dark tones, but with a strong blue tint, which is especially enhanced during periods of excitement, such as hunting. The colors are distributed in such a way that the back is usually black, the sides are brownish, and the belly is silvery white. Transverse stripes stand out on the body, and the sail is often covered with small spots. Sailboats are much smaller than other marlins. Their weight rarely exceeds 100 kg, with a body length of about 3.5 m. But this circumstance does not prevent them from being the fastest swimmers among fish. The speed of sailboats reaches 100-110 km/h. Sailboats live in the upper layers of the water, the main food objects are various medium-sized schooling fish, squids and more. They often hunt in groups of several fish.

Marlin fishing is a kind of brand. For many anglers, catching this fish becomes a dream of a lifetime. It is worth noting that despite the smaller size among the spearmen, the sailboats are a very strong rival and, in terms of temperament, are on a par with large specimens of black and blue marlin. The main way of amateur fishing is trolling. Various tournaments and festivals are held for catching trophy marlin. An entire industry in sea fishing specializes in this. However, there are hobbyists who are eager to catch marlin on spinning and fly fishing. Do not forget that catching large individuals requires not only great experience, but also caution. Fighting large specimens, at times, becomes a dangerous occupation.

Sailboats, like other spearmen, due to their size and temperament, are considered the most desirable opponent in sea fishing. To catch them, you will need the most serious fishing tackle. Sea trolling is a method of fishing using a moving motor vehicle such as a boat or boat. For fishing in the ocean and sea open spaces, specialized vessels equipped with numerous devices are used. In the case of marlin, these are, as a rule, large motor yachts and boats. This is due not only to the size of possible trophies, but also to the conditions of fishing. The main elements of the ship’s equipment are rod holders, in addition, boats are equipped with chairs for playing fish, a table for making baits, powerful echo sounders and more. Specialized rods are also used, made of fiberglass and other polymers with special fittings. Coils are used multiplier, maximum capacity. The device of trolling reels is subject to the main idea of ​​​​such gear: strength. A monofilament with a thickness of up to 4 mm or more is measured in kilometers during such fishing. There are quite a lot of auxiliary devices that are used depending on the fishing conditions: for deepening the equipment, for placing baits in the fishing area, for attaching bait, and so on, including numerous items of equipment. Trolling, especially when hunting for sea giants, is a group type of fishing. As a rule, several rods are used. In the case of a bite, the coherence of the team is important for a successful capture. Before the trip, it is advisable to find out the rules of fishing in the region. In most cases, fishing is carried out by professional guides who are fully responsible for the event. It should be noted that the search for a trophy at sea or in the ocean may be associated with many hours of waiting for a bite, sometimes unsuccessful.

For catching all marlin, including sailboats, various baits are used, both natural and artificial. If natural lures are used, experienced guides make baits using special rigs. For this, carcasses of flying fish, mackerel, mackerel and so on are used. Sometimes even living creatures. Artificial baits are wobblers, various surface imitations of sailboat food, including silicone ones. Places of fishing and habitat The largest population of sailboats lives in the Indo-Pacific region. Fish living in Atlantic waters mainly inhabit the western part of the ocean. From the Indian Ocean through the Red Sea and the Suez Canal, sailboats sometimes enter the Mediterranean and Black Seas.

Reproduction of sailboats is similar to other marlin. Sexual maturity occurs, on average, at the age of 3 years. Fertility is very high, but most of the eggs and larvae die at an early stage. Spawning usually occurs at the end of the warmest period of the year and lasts about 2 months.

RAW cheesecake is not cheese or cake, but you will definitely want to try it

Yoga as a job: instructors about their own practice and the way to themselves