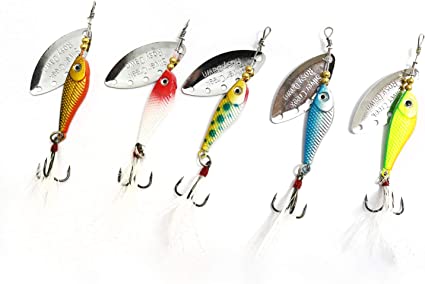 Asp belongs to the carp-like order, the genus Asp. Predatory fish with an elongated body tightly compressed on the sides and tightly fitting scales. It has a light, silvery color. Residential and migratory populations have different sizes. Residential asps are small, but the passage ones can reach a length of 80 cm and a mass of 4-5 kg. However, in catches, individuals with a length of 60 s and a mass of 2,5 kg are most often found. The maximum age of the northern populations is 10 years, the southern ones – 6. Faster growth of asps occurs in the southern waters. It feeds on juvenile fish and plankton. The asp differs from other predators in that it does not guard its prey, but searches for flocks of fry, attacks them, stunning them with a blow of the whole body or tail against the water, and then quickly picks up the prey.

Catching an asp is a specific matter, with many nuances. Asp is distinguished by caution, even shyness. Fly fishing is very interesting, but spin fishing is even more exciting. In addition, this fish is caught on lines, bottom fishing rods, live bait tackle. As a nozzle, small fish are used – minnows, dace, bleak. The asp is caught on the worm only in the spring after spawning, in deep places with a not too fast current. Asp has a good fat content, gourmets will note the taste. There is a small minus – the fish is quite bony.

Catching asp on spinning is a dream of novice fishermen who love excitement. First you need to decide on the model of the rod. If you fish from the shore, you will need a length of 2,7 to 3,6 m. It all depends on the size of the reservoir, the physical strength of the fisherman and the desired casting distance. However, experienced anglers do not advise using three-meter rods – it is physically difficult. Moreover, the casting distance is not the main thing. You should pay attention to the weight of the bait, which can be from 10 to 40 g. The best solutions are wobblers, devons, spinning and oscillating baubles. The best bait for late autumn is a bottom stepped jig. This is a bait for cold water, in which the asp is more willing to follow the movement of the bait with a clear vertical component, being mainly at the bottom. The specificity of catching asp lies in the fact that in late autumn it is at a depth of 2-3 m. At the same depth, asp is caught in the spring. The bottom jig often gives larger prey than the version of the bait, designed for riding. Fishing can be called successful in the case of accurate and in some cases long-range casting. To ensure this, you need thin and braided lines, as well as high quality rod guides. It is best to use spinning coils.

Asp biting is energetic. The characteristic behavior of a fattening asp is bursts, which are accompanied by a loud bang. The asp hunts most of the time near the surface of the water, and its diet, in addition to riding fish, includes insects. Therefore, you can catch asp from spring to autumn, until the cold sets in and the weather finally deteriorates. To catch large asp, it is better to use rods of the 8th or 9th class. During the period of active biting, asp is caught with a floating line using dry flies or streamers as baits. The most effective fly fishing is carried out in the shallows. Do not use too thin line, as the asp during the attack can tear off the fly even in the event of hooking. The undergrowth should be long, from 2 to 4 m. It is interesting that in the summer heat the asp can stop at the border of the current and stick out its mouth from the water to collect insects carried by water. If you accurately cast the bait at the same time, the grip will happen almost immediately.

This method is typical for large bodies of water, where it is possible to lure at a distance of at least 30 m from the boat. If the wiring is slow, spinners atypical for the track will work effectively. If the wiring is faster, a combination of two oscillating spinners is used, which are at a distance of a couple of tens of centimeters from each other.

The bottom fishing rod is used at dusk or at night in shallow places where there is a gentle run aground. There the asp hunts for small fish. A float rod is also used on rare occasions. As a rule, they fish with such a fishing rod, sending a hook with a live bait hooked to the upper lip downstream. The asp can take the live bait for a small fish that is struggling with the flow of water in the upper layer of the reservoir. The main thing is that the bait moves at a fast pace: this provokes a predator.

For catching asp, baits of both artificial and natural origin are suitable. Of the latter, the May beetle and a large grasshopper show the greatest efficiency, they can be caught at half water. Flies used on top are primarily light dry flies. Large asp, for the most part, is caught on small streamers of different colors, as well as on wet, also small flies. Most often, preference is given to classic flies – yellow, white, orange.

The asp has a fairly wide habitat. It is found both in the North and in the South of Europe. In particular, it can be found in all the rivers of the Black Sea, and the northern part of the Caspian Sea basin, as well as in the southern parts of Finland, Sweden and Norway. In Russia, in addition to the basins of the Azov, Caspian and Black Seas, it lives in the Neva, in Onega and Ladoga lakes. Available in the Northern Dvina, although it was previously absent in the rivers flowing into the Arctic Ocean. Asp loves various bumps and other unusual places in the river. Asp to the last is in hiding and under no circumstances gives himself away ahead of time. Even a pike about the same size as an asp is not able to compete with him for a shelter that she likes. Biting asp varies greatly depending on the season. If in the summer it is extremely difficult to catch an asp, then by autumn the bite can grow exponentially. The choice of tactics for catching asp is influenced by a number of factors: the specifics of the reservoir, the weather, the activity of the fish at a given time.

Spawning places for asp are the river bottom on rocky areas with no silt, in floodplains of reservoirs, in channels and not far from the coast. Caviar is sticky, has a yellowish tint and a cloudy shell. Its diameter is approximately 2 mm. Passes in the spring, in April-May. The hatched larvae are carried by the current to the reservoirs of the adnexal system. A week later, when the yolk sac resolves, the juveniles switch to external feeding. Juveniles at first feed on small crustaceans, larvae, and insects. The fertility of the asp depends on the habitat and ranges from 40 to 500 thousand eggs.

Fear of failure and how to deal with it

8 tips for vegans on how to plan your vacation