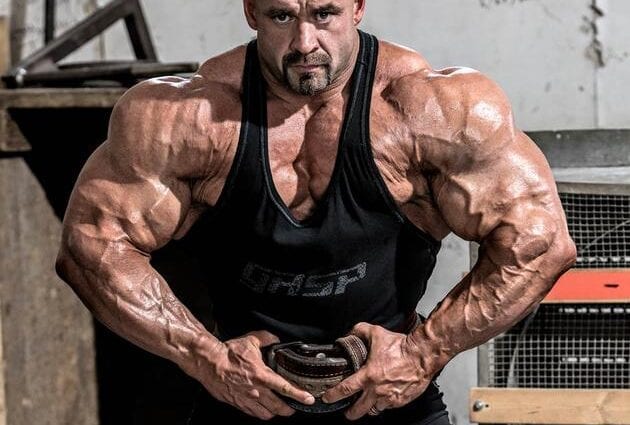 Branch Warren was born on February 28, 1975 in Tyler, Texas. During his sporting career Branch managed to take part in numerous competitions. Somewhere he managed to win the main title, but somewhere he had to look at the lucky winners only from the outside.

The very first youth tournament “AAU Teenage Mr. America ”in the life of an athlete took place in 1992. Taking part in it, Warren won an unconditional victory. A little later, in the NPC Teenage Nationals tournament, the rivals again had to be content with everything except the first place – Branch became the best.

In May 2004, the “Night of Champions” tournament, held in New York, brought the athlete only 8th place. Then the first place went to the American bodybuilder Melvin Anthony. By the way, in this competition Branch already performed as an IFBB professional.

In October of the same year, Warrenn lacked a bit of luck to enter the top three athletes in the Atlanta Power Show Pro tournament – only fourth. The training continued …

2005 came and our hero decided to try his hand at the prestigious championship “Mr. Olympia”, but he took only 8th place. Branch will try again and again to prove that he is worthy of victory. Only now 2008 will not be entirely successful for the athlete – he will be injured, because of which he will be forced to miss the tournament. “What kind of injury did he have?” – many bodybuilding fans can ask with interest. According to the athlete himself, he severely injured his triceps when he slipped down the stairs of his house.

But in 2009 Warren full of fresh energy, will be very close to victory and the winner of “Mr. Olympia” Jay Cutler – he will be the second.

In a life far from bodybuilding, Branch, along with his wife (who is also a bodybuilder, by the way) run a trucking company. He also has his own gym in Texas.

Among his hobbies, one can single out the fact that the renowned bodybuilder is a real connoisseur of motorcycles. His collection even includes one of the finest bikes in the world.

He currently lives with his wife in Keller, Texas.